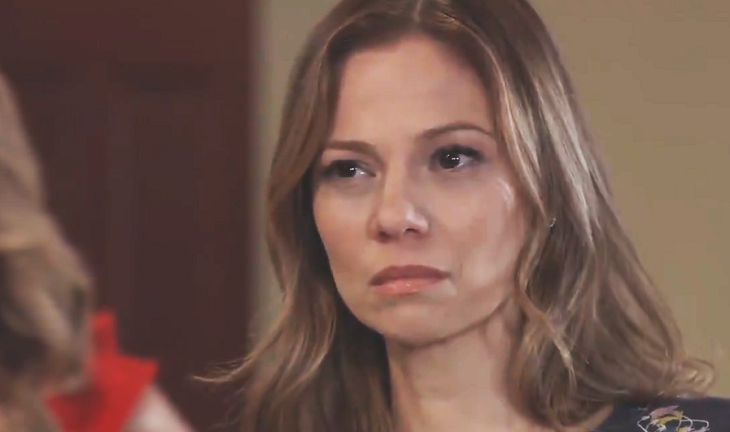 General Hospital spoilers confirm Tamara Braun’s exit as Dr. Kim Nero. During a recent interview, the actress discussed finding out she was being written out. Find out everything the soap alum had to say about her time on GH, plus her special message to fans.

This is Braun’s second role on the ABC soap. Previously, she portrayed Carly Corinthos. During her most recent stint on the daytime TV show, she had a different part. Playing Dr. Kim Nero, a role she began in 2017.

General Hospital spoilers indicate that Braun found out about being written out six weeks ahead of time. She was actually on vacation when she got the phone call. However, she kept it to herself. Soon though, others would find out and expressed their surprise, but encouragement for whatever she planned on doing next.

In an interview with Soap Opera Digest, the actress became concerned about how long her character would last once she noticed changes in her portrayal. For example, the secret coming out during Franco Baldwin’s (Roger Howarth) trial about Kim drugging Drew Cain (formerly Billy Miller) in order to conceive a child.

“That was the first time that I was like, ‘Oh, they’re going to write me off,’… and to me, it seemed so out of character. And it wasn’t being dealt with in any way.”

In closing, GH star Tamara Braun does have a message to her fans. She wants to be sure everyone knows how much she appreciates them.

“There is nothing like a soap fan, and nothing like the support and dedication that they have, and I really appreciate them and I’m so grateful to them for all the love that they’ve shown me through all the years.”

Are you going to miss Tamara Braun playing Kim Nero on General Hospital? Are you disappointed in her being written off of the ABC soap opera? How would you have given her character a send-off if it were up to you?

Be sure to tune in to catch up on everything happening on GH right now. Come back here often for the latest in General Hospital spoilers, updates, news and rumors!