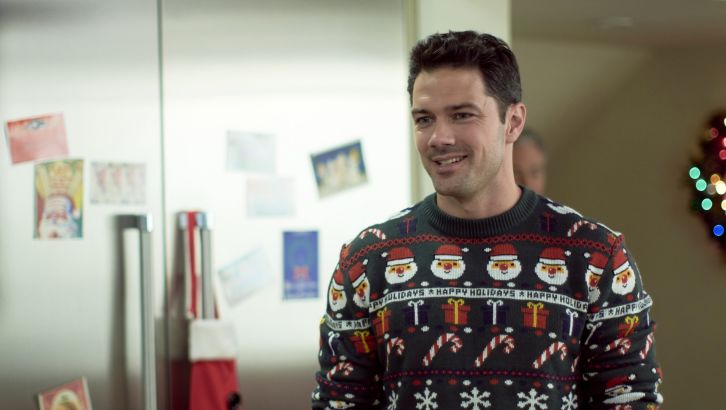 Hallmark movie news reveals that General Hospital alum Ryan Paevey is becoming a familiar face on the network. He already had a few family-friendly feel-good films under his belt. However, Hallmark Channel offered him a deal that makes the actor believe he’s “hit the jackpot.”

Paevey left the ABC soap after fulfilling his four-year contract. The actor portrayed James Nathan West, a cop who was killed off. The character left behind a pregnant wife, Maxie Jones (Kirsten Storms). She later gave birth to a little boy whom she named after his deceased father.

When Paevey left General Hospital, he admitted not having anything else lined up. He was concerned he would have to go back to working in a bar or doing handyman jobs. However, fate would step in and give him another lucky deal.

The GH alum told Soap Opera Digest that the network has been very good to him. The actor already had filmed a few Hallmark movies when they approached him with an offer he couldn’t refuse. It was a deal that would ensure that viewers would see Paevey time and time again on Hallmark movies.

“I got lucky when I got GH, and I got lucky again with Hallmark. TO have been welcomed into a family that promises that they will take care of you is great.”

Christmas at the Plaza

The General Hospital alum’s next Hallmark movie that is airing, Christmas at the Plaza premieres on November 29. Paevey says that filming the holiday flick is one of his favorite experiences. His character, Nick, is a lot like the actor. The soap alum describes him as an “aww, shucks” kind of guy.

“Hallmark is really kind of keyed into an equation that really works…If repetitive and overly sweet are the worst things that can be leveled against you, I think you’re doing okay.”

Were you a fan of Ryan Paevey on General Hospital? What do you think of him hitting the jackpot with a deal from Hallmark?

Be sure to tune in to catch up on everything happening on the network right now. Come back here often for the latest in Hallmark movie spoilers, updates, news and rumors!