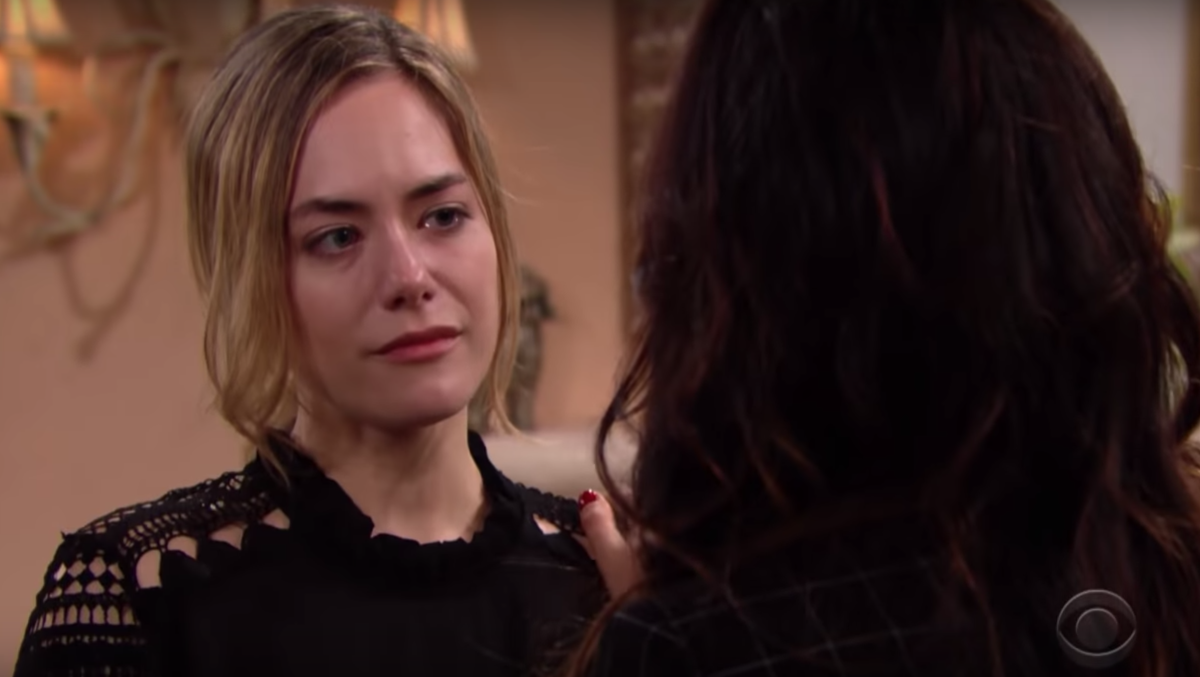 The Bold and the Beautiful spoilers reveal Thomas Forrester’s (Matthew Atkinson) disappearance and presumed death was eating Hope Logan alive. Actress Annika Noelle talked about the storyline and teased what comes next. Keep reading to get all the details!

B&B spoilers confirm that Thomas really wasn’t dead like Hope thought. She was in a state of shock over the thought of killing him. She even went to her mother for help. However, Hope soon realized that her mother would rather protect Hope and bury the secret about Thomas than reveal the truth.

The Bold and The Beautiful Weekly Spoilers November 25 to 29: Ridge’s Marriage To Brooke Shatters – Thomas’ Evil Plan For Hope – Sally Makes A Mistake

On Friday’s episode of the CBS soap opera, Hope realized that the dead character actually alive and well. She was stunned, but filled with relief at the same time. She was about to go to the police to confess killing Thomas, so he appeared just in time. However, don’t expect this to be a “forgive and forget” scenario.

In the latest issue of Soap Opera Digest, Noelle discussed Hope’s guilt. The character was so consumed by it that she could barely speak to Ridge Forrester (Thorsten Kaye).

“What transpired between them was really like a perfect storm. A lot of pieces had to be in place for this very unique circumstance to have happened. But still, the guilt is eating her alive.”

The Bold and the Beautiful Spoilers: Steffy and Ridge Call Out Thomas – Will He Listen? @celebratesoaps #bb #boldandbeautifulhttps://t.co/s1XPEMwrcK

Now that Thomas is known to be alive, don’t expect things to get easier for Hope. Thomas is more determined than ever to get the girl of his dreams.

They will have to co-parent Douglas Forrester (Henry Joseph Samiri) together. You better believe that Thomas will take full advantage of those opportunities. Plus, he will cause some problems between Hope and Liam Spencer (Scott Clifton). Whether they can whether these storms, though, remains to be seen.

What do you think will happen with Thomas, Hope and Liam in the next few weeks? Keep watching the CBS soap opera to see how this storyline develops.