The Young And The Restless Spoilers: Devon Confronts Cane—Was He In The Plot To Steal His Inheritance? 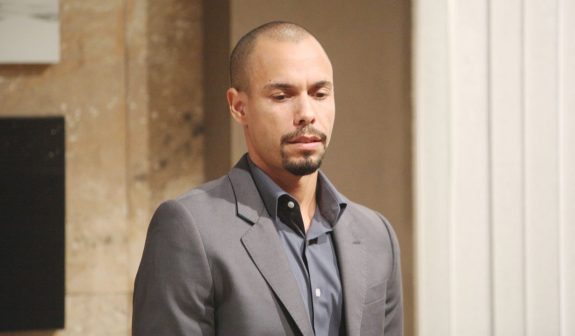 The Young and the Restless (Y&R) spoilers tease that Devon Hamilton (Bryton James) will be relieved to find out that Colin Atkinson (Tristan Rogers) is the mastermind behind the scheme to steal his inheritance. It will be a relief to find out who is the mastermind, but it will lead to another question – Could Cane Ashby (Daniel Goddard) be part of the scheme?

During the week of November 25, Devon will confront Cane about the will scandal and he will drop the bombshell that Colin revealed that his son was his accomplice. It will lead to a huge confrontation this week on Y&R.

When the truth comes out about Colin’s involvement with the will saga, Devon invites Elena Dawson (Brytni Sarpy) and Chance Chancellor (Donny Biaz) to celebrate. Cane arrives and Devon confronts him about Colin’s bombshell—that he was his partner in crime and helped him with the will fakery.

Of course, Cane will deny having anything to do with the scandal. Y&R spoilers state that Elena will say that she doesn’t understand why his dad would implicate him if it isn’t true. Devon will be left to wonder if Colin could be lying and Cane could be innocent.

Young And The Restless Spoilers: Will Nick And Phyllis Get Back Together? https://t.co/5BVTRgyDEt pic.twitter.com/vhg3VWCqQf

Devon wonders if Cane could have worked with his dad because he was feeling spiteful against the Winter family. Y&R spoilers say that Devon will ask of his dad bribed him to assist him in the scheme. Cane will say that he had nothing to do with it.

Jill Abbot (Jess Walton) will be a no show, something that puzzles Devon. Cane reveals that Jill is tied up with a legal consultant, but Devon doesn’t think he’s telling the truth. After Cane refused to say where he transferred the money, Devon vows to make Cane and Colin pay for their actions.

Cane leaves town under a cloud of suspicion on his role in the will saga. But will Devon find out that Cane was really innocent? Don’t forget to come back for more The Young and the Restless (Y&R) spoilers, news, and casting updates!