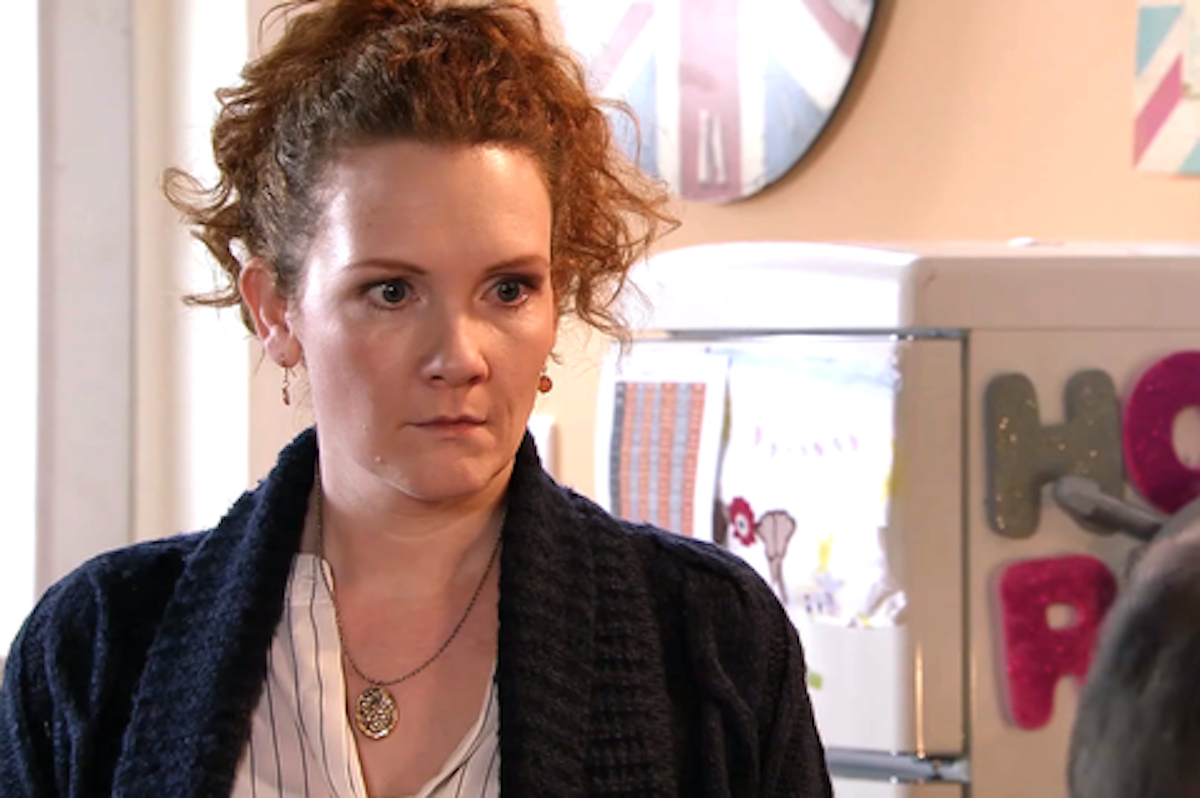 Coronation Street spoilers for the week of November 25 reveal there will be wedding revenge, a mother gets an offer and a hated character gets arrested. Keep reading to find out everything that is going to happen on the long-running soap opera.

It is indicated that on the first half of the soap opera, expect Kel Hinchley (Joseph Alessi) to be arrested. It won’t be for what he did to Paul Foreman (Peter Ash) though. At least, not yet. He will be arrested for burglary. Now, what will his response be when those photographs of little boys are discovered at his flat?

Michael Bailey (Ryan Russell) finally catches up to his ex-girlfriend. As fans recall from last week, he began following her after she tried escaping him. It was clear she was keeping something, which fans soon discovered was a baby. In the second half of Monday’s episode of Coronation Street, spoilers tease that he vows to start paying child support to help in the upbringing of the child. But how will the mother respond? Does she even want the help?

Corrie spoilers reveal that on Wednesday’s episode, expect Roy Cropper (David Neilson) to be shocked at the frailness of his long-lost brother, Richard (Paul Brown). As fans have seen on the sad storyline, Richard is suffering from pulmonary fibrosis.

During the second half of the November 27 installment, Fiz Stape (Jennie McAlpine) makes a horrifying discovery. There are matches hidden inside Hope Stape’s (Isabella Flanagan) doll.

As for what to expect at the end of the week, the first half will feature Michelle Connor (Kym Marsh) informing Carla Connor (Alison King) of her wedding revenge plans.

Then, the second half focuses on Steve McDonald (Simon Gregson) being disappointed. Emma Brooker (Alexandra Mardell) has decided to spend the holidays in Australia. Can Amy Barlow (Elle Mulvaney) encourage Emma to stay?

Which storyline are you looking forward to seeing the most this week? Do you have any predictions on what will happen with your favorite characters?