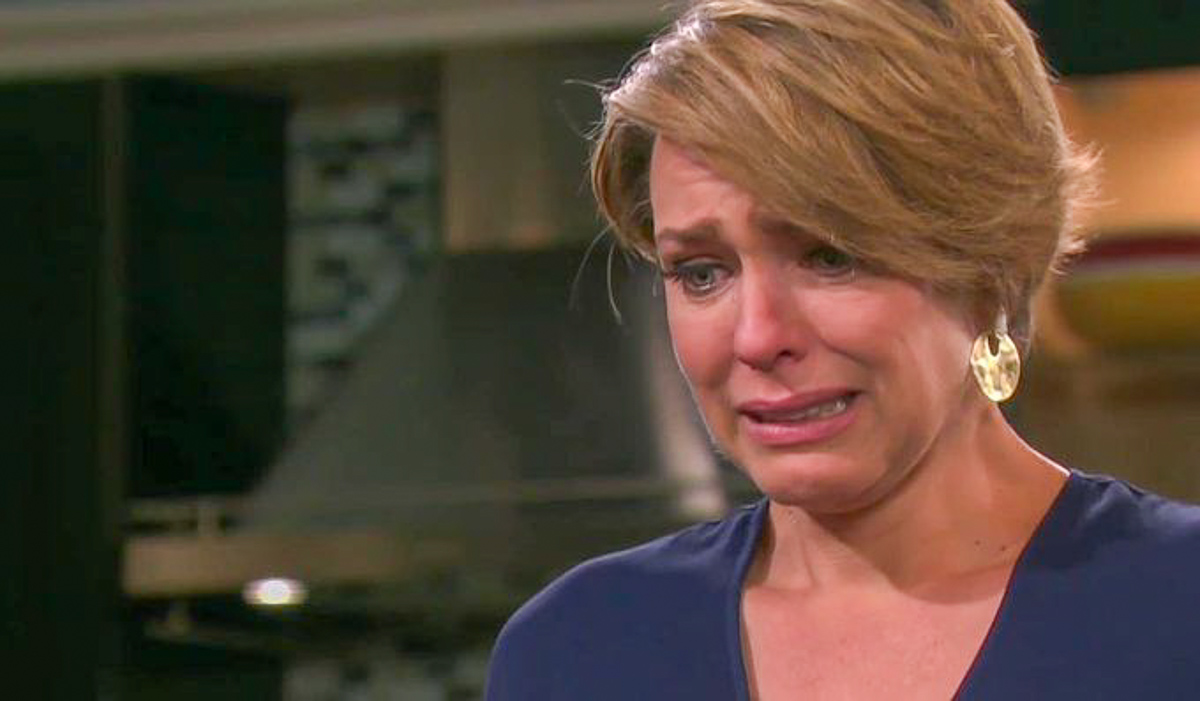 Days of Our Lives spoilers reveal Nicole Walker’s (Arianne Zucker) answer to Eric Brady’s (Greg Vaughan) marriage proposal. She tells him no, but it has nothing to do with her feelings. It is all about Sarah Horton’s (Linsey Godfrey) secret about her baby’s paternity. Nicole tells him the shocking truth, but where do they go from here?

DOOL spoilers revealed that Eric would propose to Nicole. That happened on Friday’s episode of the NBC soap opera. However, her answer won’t be shown on television screens until next week. In the latest issue of Soap Opera Digest, it was confirmed how Nicole responds to the proposal.

Eric will be surprised when Nicole says no to his marriage proposal. However, it isn’t because she doesn’t want to spend the rest of her life with him. It also has nothing to do with timing or feelings. She can’t marry Eric without him knowing that he is the biological father of Sarah’s baby, Mackenzie “Mickey” Horton (the May twins).

Days of Our Lives spoilers tease that even though Sarah was close to telling Eric the truth, she never went through with it. This leaves it up to Nicole to tell Eric the truth, that he is Mickey’s father. While Sarah was pregnant, he suspected it. However, the secret stayed hidden due to Dr. Rolf (William Utay) tampering with the paternity test results.

It is also revealed that next week, Eric will rush over to the Kiriakis mansion to confront Sarah. She already knows what needs to be done. As he walks in, she emotionally hands him baby Mickey.

Days of Our Lives Spoilers: Future of ‘Ericole’

It isn’t clear where this will leave Eric and Nicole. However, it doesn’t appear they will break up over it. Actor Greg Vaughan teased what to expect,

“…can they [Eric and Sarah] do this together, can they do this harmoniously? Because this is all he’s ever wanted and Nicole being there makes it even better.”

It looks like fans can have their “Ericole” cake and eat it, too. Not only does Eric get to be with his biological daughter, but might also keep his relationship with Nicole at the same time.