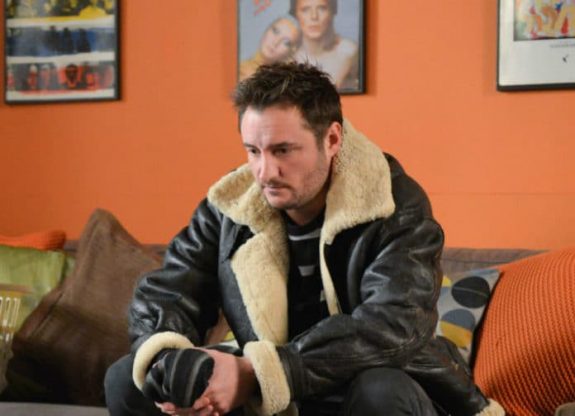 On EastEnders, Martin Fowler will receive shocking news about his wife Stacey Fowler (Lacey Turner). He’ll discover that his wife has a new boyfriend Jerome and that she no longer loves him. Jean added to the pain he’s feeling when she said he’s changed for the worse and that she’s rooting for Stacey’s newfound love.

Viewers may recall that things have started to go on Martin’s way. Previous episodes show that Ben Mitchell (Max Bowden) has let him off the hook. He released him from his debts and even allowed Stacey to return to Walford without any repercussion.

Stacey And Her New Found Love

Just when things are starting look bright, Martin is unaware that Kush Kazemi (Davood Ghadami) was hiding a massive bombshell from him. He even got more suspicious when he saw Mo (Laila Morse) and Jean Slater (Gillian Wright) at the Slater’s house, packing Stacey’s things. The latter’s “friend,” Jerome, then arrived to pick her things up.

He then realized that there was more to him than just being Stacey’s friend. He put things together and found out that he’s Stacey’s new boyfriend. Martin didn’t waste any more time. He immediately confronted Jerome and the latter had some harsh words for him as well.

“I get why Stacey couldn’t face coming,” Jerome said.

After Jerome left the Square, Martin tried to convince Jean that he’s doing everything he can to keep his family together. However, Jean doesn’t think the same way.

Jean Gives Martin A Piece Of Her Mind

She gave him a piece of her mind and said, “I used to be proud that you were my son-in-law. You used to be an honest, decent, lovely man. I don’t know what happened to you… She doesn’t love you anymore, and I’m happy for her!”

Feeling hurt and rejected, Martin turned to the bottle and then charged over to accuse Ben that he ruined his life. He shoved Ben, who then tumbled to into the gutter. He then shouted, “This is all your fault! I’ve got nothing left!”

Fans may think that Martin has reached rock bottom. But there’s more frustration in store for him next week. He’ll do something stupid. He’ll try to kiss Ruby Allen, who’s Stacey’s best friend and Max Branning’s (Jake Wood) new romance.