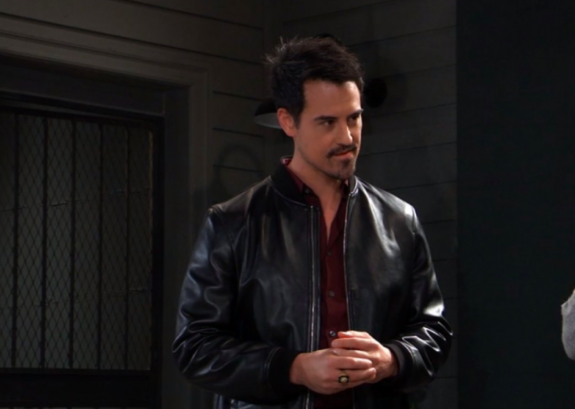 Neil tells Alexis that dead rats started showing up the day after Kendra was seen in the alley by Charlie’s. Alexis says she had the supplement tested. Neil suggests it was poisoned afterward. Neil has to see a patient but leaves Alexis to think about the last time she saw Kendra. Neil wants Alexis to try to find clues from that meeting. Kendra arrives to check on Alexis.

Kendra wants to know if there is anything she can do for her. Alexis says even Julian has been good to her. Alexis brings up Charlie’s. Kendra fluffs Alexis’ pillows. Alexis tells Kendra she was poisoned. Alexis lets Kendra know the police are involved. Kendra asks Alexis who would try to kill her. Kendra gives Alexis a capsule for anxiety. Alexis doesn’t want to take the pill but Kendra pushes her to do so. Neil walks in and wonders why Kendra is there. Alexis gives the pill to Neil and asks him to have it analyzed.

Lulu thinks school is ok, Valentin says he will text her. Charlotte will be back by Thanksgiving. Lulu shows Charlotte pictures of the family. Charlotte asks Lulu is Dustin is going to the parade with her. Lulu goes to pick up their orders. Charlotte looks through Lulu’s phone and finds a picture of Nikolas Cassadine (Marcus Coloma).

Jocelyn tells them no one can make a mistake. Dustin arrives and asks what is going on. Dustin asks if they have thought about the consequences of their actions. The kids are ready to hold themselves accountable. Dustin says they can go if the teacher isn’t back by the end of class. Cameron apologizes for pushing Dev to tell his secret. The four of them swear themselves to secrecy.

General Hospital’s Valentin Cassadine (James Patrick Stuart) calls Hayden Barnes (Rebecca Budig) for answers. Hayden hasn’t set up her bank account yet. Valentin threatens Hayden before hanging up the phone. Charlotte wants to know when she can go back to school.

Valentin is afraid to let her right now. Charlotte tells Valentin she knows she will be ok. Charlotte knows that Valentin will protect her. Charlotte wants the wedding to happen this time. Valentin promises it will. Valentin is upset that Hayden hasn’t gotten back to him.

GH Spoilers: Martin Grey Knows Where The Portrait Is

Martins says his client has the portrait they are interested in and he shows them a picture of it. Martin refuses to say who his client is. Laura has to know who she is working with. Laura and Jax believe Valentin is Martin’s client. Martin comes back to get his tablet. Laura wonders what that was about. Jax suggest they go below the market value. Martin takes the recording to Valentin about the codicil in the portrait.

General Hospital’s Nik meets Hayden on the dock. Nik tells Hayden he was on Spoon Island yesterday. Nik knows Hayden was talking to Valentin. Hayden wonders why Nik is being so nice to her. Nik says they had a connection once. Nik plans to arrange to hide Hayden.

Nik asks who soon Hayden can leave, she says never. Nik tries to encourage Hayden to leave but her daughter has just found her father. Hayden has too many reasons to stay in Port Charles. Hayden wants Nik to leave to let her think. Hayden starts to call Finn but someone grabs her from behind.