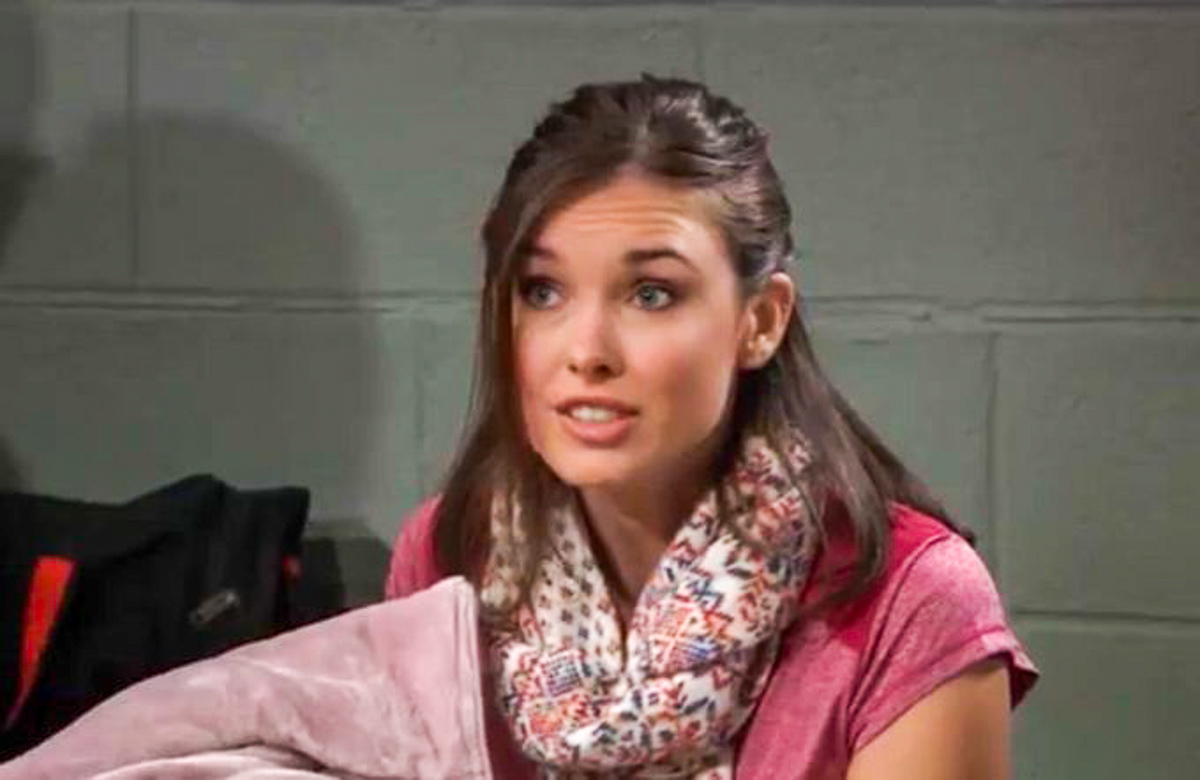 General Hospital Spoilers – Willow Tait Will Be A Little Introspective

General Hospital spoilers tease that Willow will be a little introspective soon, possibly wishing that she had not given up Wiley Cooper-Jones (Erik and Theodore Olson) up for adoption because she is so attached to him. But trouble may lie ahead for Wiley, because if Wiley is in the car when Brad Cooper (Parry Shen), as other General Hospital spoilers tease, is involved in a serious car accident when Kendra Lennon (Michelle Argyris) is gunning her car to run over Alexis Davis (Nancy Lee Grahn) as revenge for her little brother Kiefer Bauer (Christian Alexander) then Willow will be needing a friend as everyone worries about Wiley! Her boyfriend, Detective Harrison Chase (Josh Swickard) will likely be involved in the investigation of the wreck and to find out who needs to be charged with a crime, if there is indeed anything even left of Kendra’s car!

GH Spoilers – It Is Possible That This Will Be How Wiley Cooper-Jones’ True Identity Will Be Revealed?

It is possible that this car accident, should Wiley be in the car, may lead to his true identity being revealed as Jonah Corinthos, the son of Michael Corinthos (Chad Duell) and Nelle Benson (Chloe Lanier). He may be injured and need a blood transfusion and Willow’s not a match but Michael steps up to be tested and he is.

General Hospital viewers will recall that the way the baby swap happened to begin with is when Lucas Jones (Ryan Carnes) and Brad adopted a baby boy in what at first was a private adoption which was handled by Alexis on Brad and Lucas’ side and Diane Miller (Carolyn Hennesy) on the mother’s side, which was later revealed to be Willow, the new elementary school teacher in town. Further revelations brought that Shiloh Archer (Coby Ryan McLaughlin) was the father, and Willow had given the baby away to keep him safe.

However, the original baby died the day he was brought home from the hospital, and Lucas never even had a chance to meet him. Brad, dejected upon finding the baby who they had tried so hard to finally be approved to adopt, didn’t know what to do; he put the dead baby in the backseat of his car and just drove around in the countryside surrounding Port Charles.

Nelle, in the meantime, had just come from being in a car wreck that backfired, and was meant to kill Michael Corinthos so she could inherit his money found she’d been set up by Chase, who once had been involved with her, and Michael, working together. As she walked away from the wreck into the woods, she went into labor! She came across Liesl Obrecht (Kathleen Gati) who was also out in the woods, as a fugitive being charged with the kidnapping and torture of Peter August (Wes Ramsey).

Liesl delivered Nelle’s baby, and as Nelle walked along with roadside with her newborn son in her arms, Brad saw her and stopped to pick her up! After discussing Brad’s dead adopted baby and her newborn healthy one, Nelle took the dead baby, which was Willow and Shiloh’s real baby, and gave him hers and Michael’s, not wanting him to be raised by the Corinthos or the Quartermaine families. All this time, once Willow was revealed to be the birth mother of the baby Lucas and Brad originally adopted, she has been getting attached to Wiley, who is really Jonah.

GH Spoilers – Willow Tait Will Confide In Sasha Gilmore, Who Will Understand Her Grief

As General Hospital viewers know, Sasha recently revealed that she wasn’t really Nina Reeves’ (Michelle Stafford) long lost daughter, causing a major rift between the two once close women. She cares about Nina and didn’t want her to be hurt which is why it took so long for her to come clean.

Having seen the desperation in Nina for her own child, which by now Nina has given up on as dead or made up by her mother, Madeline Westbourne (Donna Mills) she will totally understand Willow’s grief when she finds out her baby is dead and “an imposter” took his place, although in this case Jonah certainly didn’t deceive anyone.