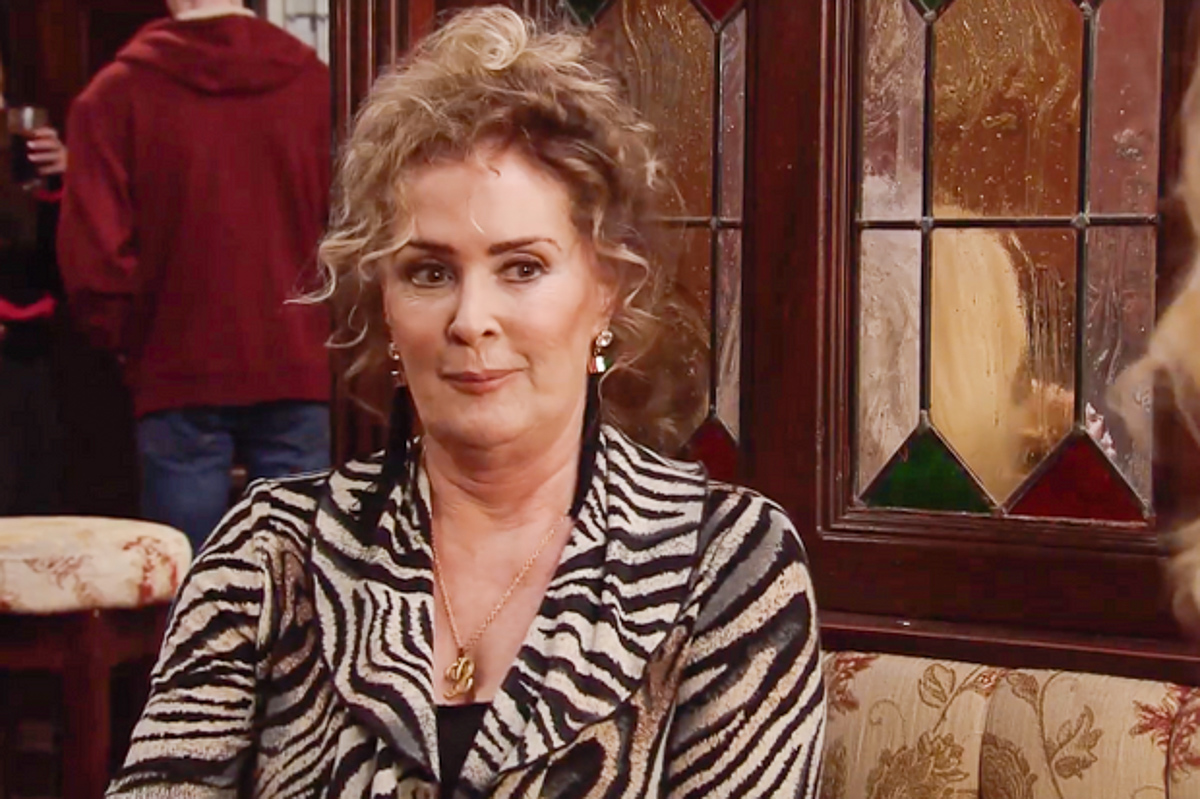 Coronation Street spoilers confirm Beverley Callard is leaving the British soap opera. The actress has portrayed Liz McDonald for 30 years. The writers had grand plans for the character, so Callard’s decision really knocked them for a loop. Keep reading to get all the details.

Speaking to Manchester Evening News, the 62-year-old actress explained that she really agonized over her decision. On one hand, she didn’t want to leave the soap. After all, spending three decades playing a character, and the co-stars and set seems like family. However, one the other hand, she was handed an opportunity that she simply couldn’t turn down.

Beverley said that she spoke to producer Iain MacLeod. While sipping tea, he told Callard all about the great plans he had for Liz McDonald for the 60th anniversary of Coronation Street, which is next December. The soap star recalled MacLeod’s reaction,

“I had to stop him mid-sentence and deliver the news I’d actually come to hand my notice in. He said, ‘talk about knocking someone off their chair. You just did it.’”

Beverly admits that she almost had a change of heart after talking to the producer. However, he understood that she couldn’t pass up on her new opportunity. That’s when Iain came up with a solution that would benefit them both.

Callard explained that MacLeod came up with an idea. While she thought Liz would be killed off, he really wanted her to come back. He suggested she think of taking a break, viewing it as a sabbatical. That way, the door would remain open for them to return. Nothing has been set in stone as far as Liz coming back to the cobbles, but the opportunity is there.

As for what happens with Liz McDonald, that is being kept under wraps. The only thing Beverley could say is that she is going out with a bang. In the meantime, she is looking forward to the stage production of The Thunder Girls.