Days of Our Lives Spoilers: Chad and Abigail Determined to Reclaim What Is Theirs – Fights Gabi for DiMera Enterprises 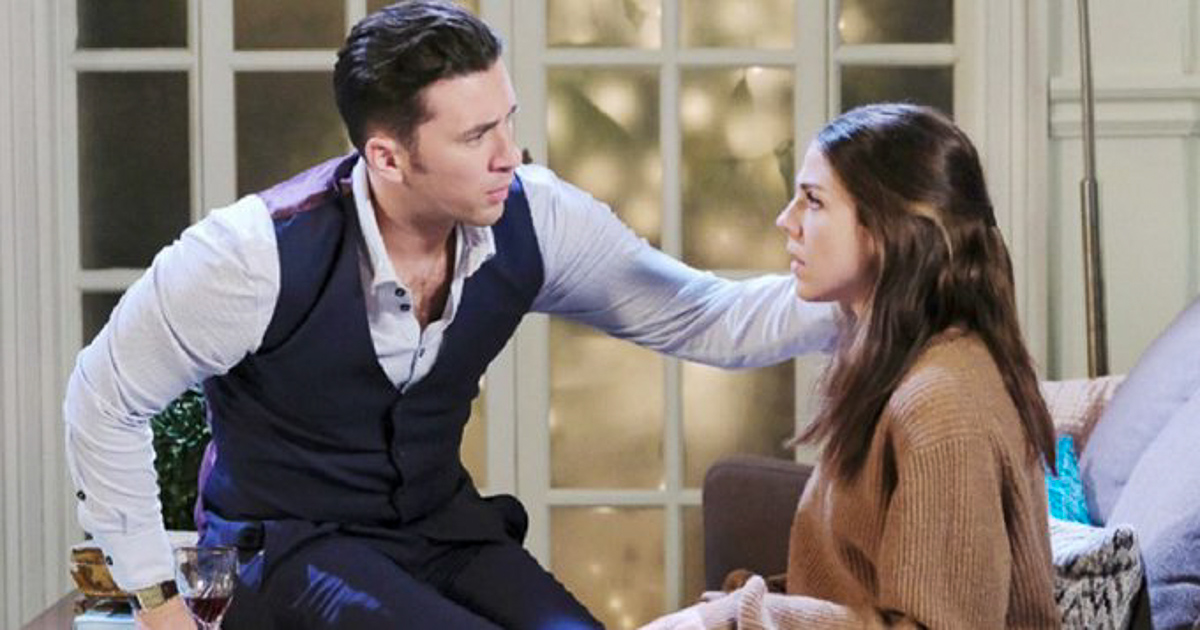 Days of Our Lives spoilers reveal Chad DiMera (Billy Flynn) and Abigail DiMera (Kate Mansi) are battling Gabi Hernandez DiMera (Camila Banus). The couple is determined to reclaim what is rightfully theirs — DiMera Enterprises, along with the estate. Will they win the war or is Gabi too powerful?

DOOL spoilers teased that Chad and Abigail would return to Salem. However, fans were not sure what would happen with their storyline. Now that it has been awhile, we realize that they are smack in the middle of a battle with Stefan DiMera’s (formerly Brandon Barash) widow.

She seems to think that everything, including the mansion belongs to her. She made that clear when boasting about how it is “her” house. She also told Chad and Abigail that they are just “guests.” Gabi seemed to imply that she would have no problem kicking out “Chabby.” However, that isn’t the only problem Chad and Abigail are facing.

Days of Our Lives spoilers reveal that Gabi has hired Eli Grant (Lamon Archey) as head of security. She is also sleeping with the hired help. Chad and Abigail realize that Eli is a bit of a problem, perhaps more than they previously anticipated. They can’t even have a private marital conversation without Eli demanding to know what they are talking about.

At some point in the upcoming week, Eli will snoop through Chad’s laptop looking for information. However, Abigail ends up catching him red-handed. He then marches right to Gabi and tells her that “Chabby” is on to her. This will force her to step up her game if she wants to keep everything she’s gained during the past year.

Days Of Our Lives Spoilers: Gina Finally Finishes Her Portrait Of Stefano – Who Will He Be? @celebratesoaps #DOOL #Days #DaysOfOurLiveshttps://t.co/HbPLPvaVsR

It is teased that Chad and Abigail might have some help when it comes to Gabi. Stefano DiMera (formerly Joseph Mascolo) sent Chad an email asking for his assistance. The patriarch wants Chad to take down Gabi. Knowing him, he wants the Latina fashionista out of his house and business. That way, it can all go to who it rightfully belongs to — his son, Chad DiMera. However, will it work or could Gabi win the war?