Days of Our Lives Spoilers: Eve Donovan Working On Getting Exonerated – Spends Lonely Thanksgiving In Jail 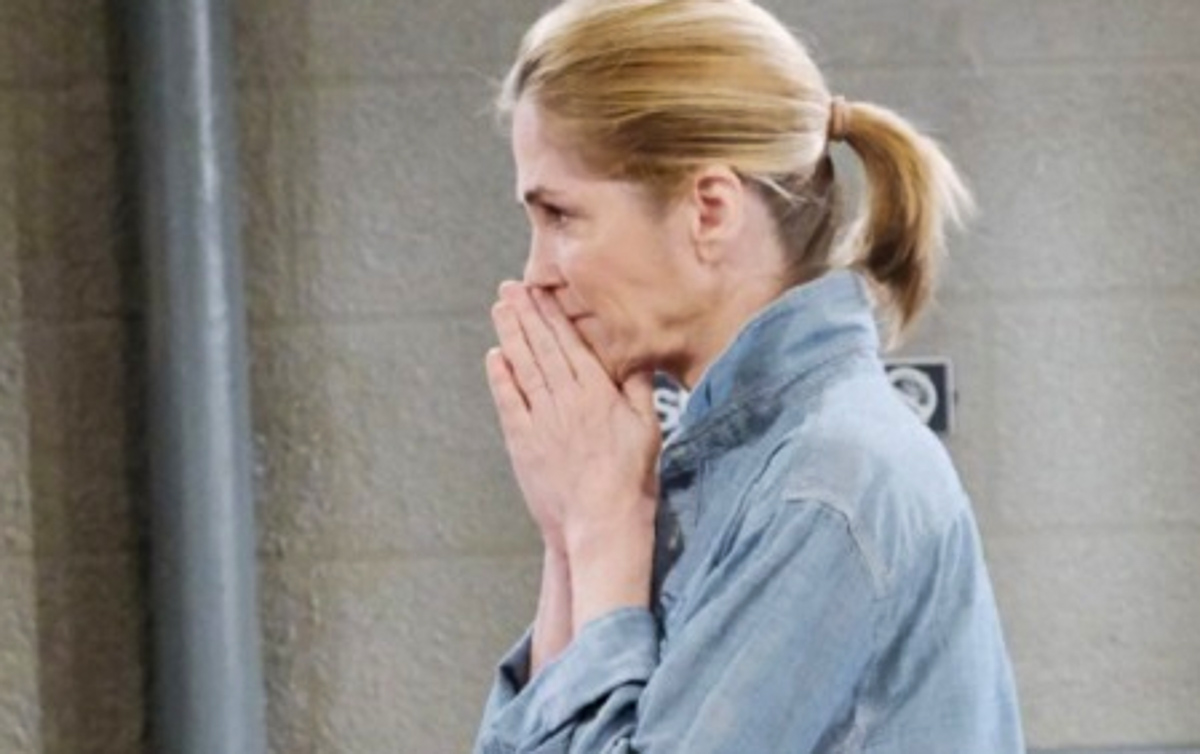 Days of Our Lives spoilers tease that Eve Donovan (Kassie DePaiva) is set to spend her first Thanksgiving in prison – with Hattie Adams (Deidre Hall) as her cellmate!

Days of Our Lives Spoilers – Well, At Least Eve Donovan Can Be Thankful That Her Thanksgiving Won’t Be Boring!

Eve may not have a whole lot to be thankful for this year, but at least she can be thankful that her Thanksgiving won’t be boring! Days of Our Lives viewers familiar with Hattie Adams knows that she is anything but boring!

Longtime viewers will also recall that Hattie first appeared bearing somewhat of a resemblance to Dr. Marlena Evans (Deidre Hall) and was working as a waitress with Fay Walker (Valerie Wildman), Nicole Walker’s (Arianne Zucker) mother, about twenty years ago. Stefano DiMera (Joseph Mascolo) had noticed her resemblance to Marlena, and sent Dr. Wilhelm Rolf (William Utay) and Bart Biederbecke (Steve Blackwood) to talk to her, and Bart buttered her up (played to her ego) and convinced her she could do Marlena’s television show she hosted at the time, better than Marlena. Bart convinced her to get plastic surgery to look just like Marlena and sent her to Dr. Steiner, who was really Rolf in disguise.

The last Salemite to encounter Hattie in prison was ironically, Hope Brady (Kristian Alfonso) who later became Police Commissioner and is now Princess Gina, also thanks to Rolf and possibly “New Stefano”! Hattie saved her from being beaten, and the two kept protecting each other at least as well as anyone can protect each other in a prison! The last time Hattie was seen on Days of Our Lives was in 2017 as Hattie herself, although Marlena saw her in her mind in March of 2019.

Hattie, as Marlena’s doppelganger, and Bonnie Lockhart, (Judi Evans) as Adrienne’s doppelganger, caused a lot of mischief in Salem when they were both there that last time! But since Bonnie is now a “famous author” and insulted Hattie in her book, calling her “boorish” which Hattie didn’t even know the meaning of (boorish: rough and ill-mannered; coarse) Hattie will need someone else to cause trouble with, and Eve just might fit the bill!

Days Of Our Lives Spoilers: Gina Finally Finishes Her Portrait Of Stefano – Who Will He Be? @celebratesoaps #DOOL #Days #DaysOfOurLiveshttps://t.co/HbPLPvaVsR

Eve is working on getting exonerated, although so far, her attorney Justin Kiriakis (Wally Kurth) has not been very successful. Eve has asked Abigail Deveraux (Kate Mansi) to try and help her mother Jennifer Deveraux (Melissa Reeves) get her memories back about the night she was pushed over the railing of the balcony of The Bistro restaurant, because Eve truly is innocent, as Days of Our Lives viewers know.

Even Jennifer doesn’t feel right about Eve having pushed her because she didn’t remember seeing Eve close by before it happened, not knowing that Hope Brady (Kristian Alfonso) pushed her, because of having been turned into Princess Gina, which she also didn’t remember finding out, causing Gina to push her over the railing. Until that can be proven, Eve and Hattie will have this Thanksgiving together, and maybe soon both of them will be free again!