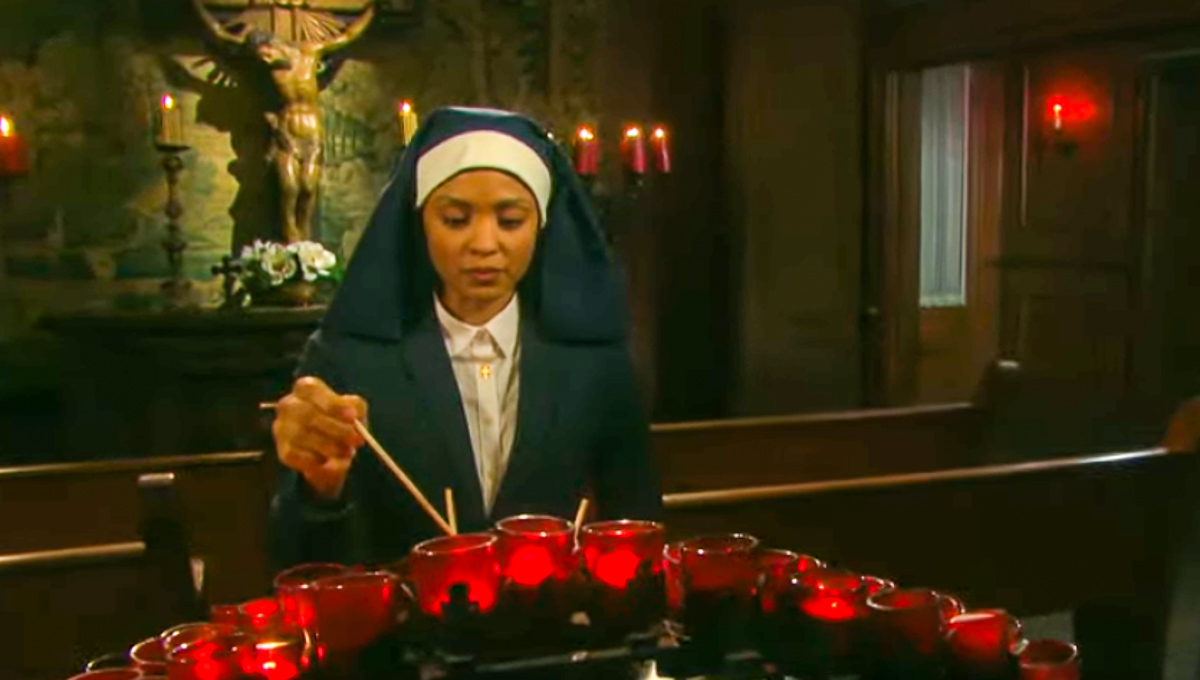 Days of Our Lives spoilers reveal that Lani Price (Sal Stowers) isn’t just wearing a nun outfit for kicks. It isn’t some sort of disguise either. The actress recently had an interview in which she explained that the former Salem detective really is thinking of dedicating her life to God. Keep reading to get all the details.

When Lani was forced to break Eli Grant’s (Lamon Archey) heart at the wedding altar, he never got over it. This was clear from the way he spoke about Lani when running into Abe Carver (James Reynolds). On that day, a grief-stricken Abe told Eli that the detective was “gone.” Fans weren’t sure what this meant until recently.

Days of Our Lives spoilers suggest that Gabi got what she wanted in the end. Not only did she get revenge, but she drove Lani out of Salem. Plus, she also managed to wrangle Eli onto her side and get him back into her bed after all this time.

However, she still has the pacemaker app on her phone, which means that Lani is right. Gabi could kill Julie Williams (Susan Seaforth Hayes) at any time.

Now we know where Lani ran off to. She is in an Italian convent with Kristen DiMera (Stacy Haiduk). Some viewers wondered if it was a dream, a joke or perhaps she was in hiding. It is none of those things. According to Sal Stowers interview with CBS Soaps in Depth, Lani really is considering becoming a nun.

DOOL spoilers indicate that Lani might not go through with the sisterly decision, though. Soon, she will reach out to her father. Perhaps he can talk some sense into her. Plus, she also tells Kristen the real reason why she had to dump Eli at the altar. It is teased that Kristen is outraged and urges Lani to expose Gabi. However, Lani is so beaten down emotionally that she can’t bring herself to do it.

Could Kristen help her new friend and do something for another person for a change? It seems likely that this will be the case. Everyone can agree, Gabi isn’t powerful enough to face Kristen’s wrath.