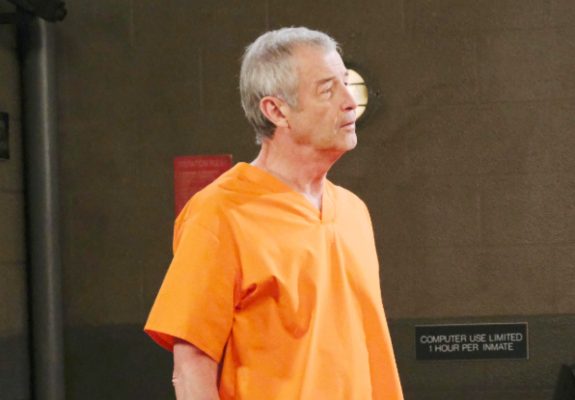 Days of Our Lives (DOOL) spoilers for Monday, December 2, tease that some exciting moments are coming up in Salem. We should mention that Days will be preempted on Thursday, November 28, and Friday, November 29. DOOL will pick back up with new episodes on Monday, so you won’t miss a second of the action.

Days of Our Lives Spoilers: Eve Donovan Working On Getting Exonerated – Spends Lonely Thanksgiving In Jail

DOOL Spoilers: Kayla Brady Will Have An Answer For Justin Kiriakis

Now let’s talk about some of the hot drama ahead. First, Kayla Brady (Mary Beth Evans) will have an answer for Justin Kiriakis (Wally Kurth). He surprised Kayla by suggesting she should move in with him, but how will she feel about that? Kayla may argue that it’s a bit soon, but let’s be honest: everything about this relationship is moving too quickly. There’s no need to stop now!

Kayla might stand her ground and hold Justin off a little longer, but it makes more sense to just have her make the move. Regardless, it’s bound to happen in the near future. Early next week, Sonny Kiriakis (Freddie Smith) will also consider what’s next in his love life. Evan Frears (Brock Kelly) will steal a kiss from Sonny at some point, so Sonny will have to decide if he’s ready to move on or wants to pull back.

Days Of Our Lives Spoilers: Will Horton Finds Himself In Danger

As for Will Horton (Chandler Massey), he’ll land in danger at Statesville. Days of Our Lives spoilers say Clyde Weston (James Read) will target Will behind bars, so it’ll be up to Ben Weston (Robert Scott Wilson) to thwart the attack. He’ll put his own life at stake to protect Will, which means some shocking scenes are on the way.

At home, John Black (Drake Hogestyn) and Marlena Evans (Deidre Hall) will discuss the flower arrangement Marlena received. The “S” on the card made John suspect it was from Sami Brady (Alison Sweeney), but a phone call to Sami disproved his theory. On Monday, Marlena and John will keep mulling over a possible sender before they settle on Stefano DiMera (last played by the late Joseph Mascolo). They’ll naturally have concerns about what Stefano might be up to.

Days of Our Lives spoilers reveal that Stefano indeed sent the arrangement – just not the version John and Marlena would think of. As DOOL viewers saw, Steve Johnson (Stephen Nichols) was featured in “Princess Gina Von Amberg’s” new portrait. We then saw Steve himself sitting across from Princess Gina.

Stefano’s memories were implanted in Steve, so this is sure to be a wild storyline! We’ll give you updates as other Days news and rumors emerge. Stick with the NBC soap and don’t forget to check back often for the latest Days of Our Lives spoilers, rumors updates and news.