The Young and the Restless Spoilers: Chance Is Propositioned – Should He Choose Abby Or Phyllis? 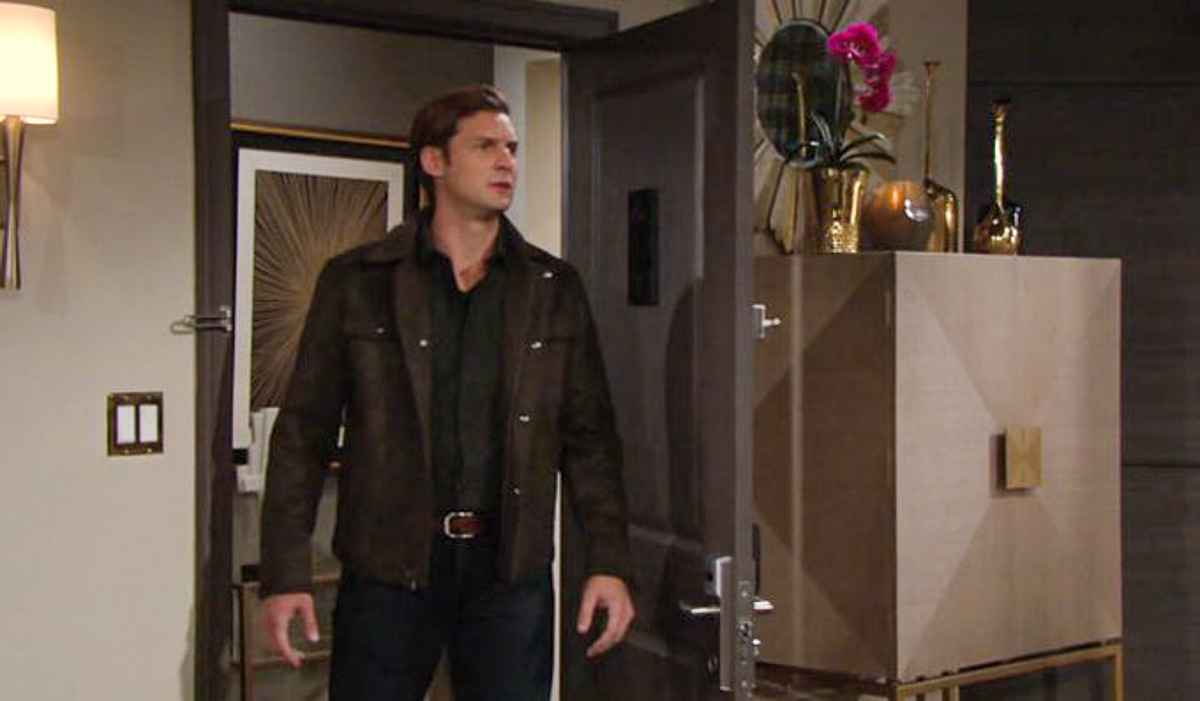 Young & The Restless Spoilers – Abby Newman Has Her Giggle Meter Set On Chance Chancellor, But A Proposition Is More Phyllis Summers’ Style

Y & R viewers could tell from recent episodes that if the proposition is of the type that the word “propositioned” is usually used for, that Abby Newman (Melissa Ordway) certainly has her “giggle meter” set for Chance, however, a serious proposition of the sexual type is much more Phyllis Summers’ (Michelle Stafford) style!

Chance doesn’t seem to have a lot of time to “take a chance on romance” but a one night stand, well, maybe! But “chances are” that Chance won’t bite if propositioned by Phyllis! Chance hasn’t been involved with any women since taking the job with the Pentagon, however.

Y & R viewers could see some potential sparks between Abby and Chance, but it seemed like it was more on Abby’s end than on his. Chance was pre-occupied with continuing to make sure that The Grand Phoenix was safe after Simon Black’s (Jeffrey Vincent Parise) takedown, and also his pursuit of Colin Atkinson (Tristan Rogers) who he had previously worked with Ronan Malloy (Jeff Branson) to take down previously.

However, when she went to Las Vegas and found Adam Newman (Mark Grossman) some weeks ago, Phyllis was definitely trying to track down Chance as well, having heard that they had dealings with one another when Adam was in Las Vegas before, prior to Victor Newman (Eric Braeden) bringing his previously presumed dead son back to Genoa City.

Chance Chancellor, however is much more interested in closing his cases than he is in women at the present moment. He may stay put around Genoa City for a little while for the holidays and to catch up with family and friends. An occasional dinner date may be something he might go for while he’s in town, but certainly nothing that could get serious. The last time he was involved with someone, an assistant district attorney named Heather Stevens (Jennifer Landon) who was the daughter of Paul Williams (Doug Davidson) and his first wife, it didn’t end well – she wound up becoming interested in someone else and moved to Georgia with him!

As a teenager, he had a crush on Chloe Mitchell (Elizabeth Hendrickson) but it never went anywhere, although the two of them remained close friends. That will be one person that he may spend a little time catching up with, and he may know she and her current squeeze Kevin Fisher (Greg Rikaart) impersonated FBI agents trying to scare off Simon Black, thanks to surveillance footage he would have viewed on Phyllis’ computer, but ultimately, if Phyllis thinks she’s going to get her hooks into him or even get him into her bed, she may be good, but she’s not THAT good! She’s just barking up the wrong tree!