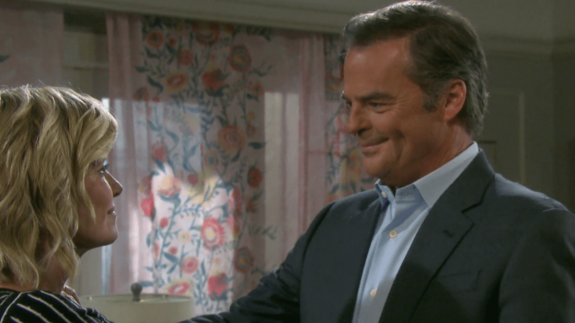 Days of Our Lives (DOOL) spoilers update for Monday, December 2, teases that some great drama’s on the way. Before we dive in, we should mention that the show will be preempted on Friday, November 29. DOOL viewers won’t miss anything, and all your favorite Salemites will return by the time Monday rolls around.

DOOL Spoilers: Clyde Weston Will Make Will Horton His Target

As for what’s happening in Monday’s episode, there’ll be plenty of prison chaos. Days of Our Lives spoilers say Clyde Weston (James Read) will make Will Horton (Chandler Massey) his target. Will’s going to get on Clyde’s bad side – and that’s never a good place to be! Clyde will ultimately threaten Will’s life, which won’t work for Ben Weston (Robert Scott Wilson). He’ll rush to Will’s rescue, especially since he once tried to kill Will himself. This is another chance for Ben to prove he’s changed for the better.

Days of Our Lives Spoilers: Will And Sonny’s Future In Limbo – Love Interest Evan Makes His Move

Other Days of Our Lives spoilers say Kayla Brady (Mary Beth Evans) will contemplate a big decision. Justin Kiriakis (Wally Kurth) just asked Kayla to move in with him, so Kayla will have a lot to consider. This is a huge step forward in their relationship, which is why Kayla should proceed with caution.

We know Justin will actually wind up moving in with Kayla during the week of December 9-13. Whether they decide to live together now or later, Justin and Kayla will definitely take that step soon. They’ll realize it’ll be something else for people to talk about, but they probably won’t care in the end. Kayla and Justin have arguably moved way too fast in this relationship, but their only opinions are the only ones that matter.

Days Of Our Lives Spoilers: Stefano DiMera Will Discuss His Plans With Princess Gina Von Amberg

In the meantime, “Stefano DiMera” aka Steve Johnson (Stephen Nichols) will discuss his plans with “Princess Gina Von Amberg” aka Hope Brady (Kristian Alfonso). Stefano’s memories were implanted into Steve, so he’s basically Stefano with a new face now. That’ll bring some advantages as well as some pitfalls, which means “Stefano” will have to be careful in the weeks ahead.

At their townhouse, John Black (Drake Hogestyn) and Marlena Evans (Deidre Hall) will keep talking about the flowers Marlena received. John initially suspected Sami Brady (Alison Sweeney) was the sender, but a quick call to Sami confirmed that wasn’t the case. As Marlena and John continue to ponder the mystery, they’ll decide Stefano could be the one who signed the card “S.”

DOOL Spoilers: Sonny Kiriakis Will Get A Steamy Surprise

A form of “Stefano” was indeed behind this flower arrangement, but there’s obviously a deeper mystery here that’ll take a while to play out. Elsewhere, Sonny Kiriakis (Freddie Smith) will get a steamy surprise. Early next week, Evan Frears (Brock Kelly) will plant a kiss on Sonny and leave him wondering if he’s ready for another romance.

Days fans know Sonny’s still married to Will, but they’re clearly dealing with some issues right now. There’ll be a ton for Sonny to think about after this lip lock, so stay tuned. We’ll give you updates as other Days news and rumors emerge. Stick with DOOL and don’t forget to check back often for the latest Days of Our Lives spoilers, rumors, updates and news.