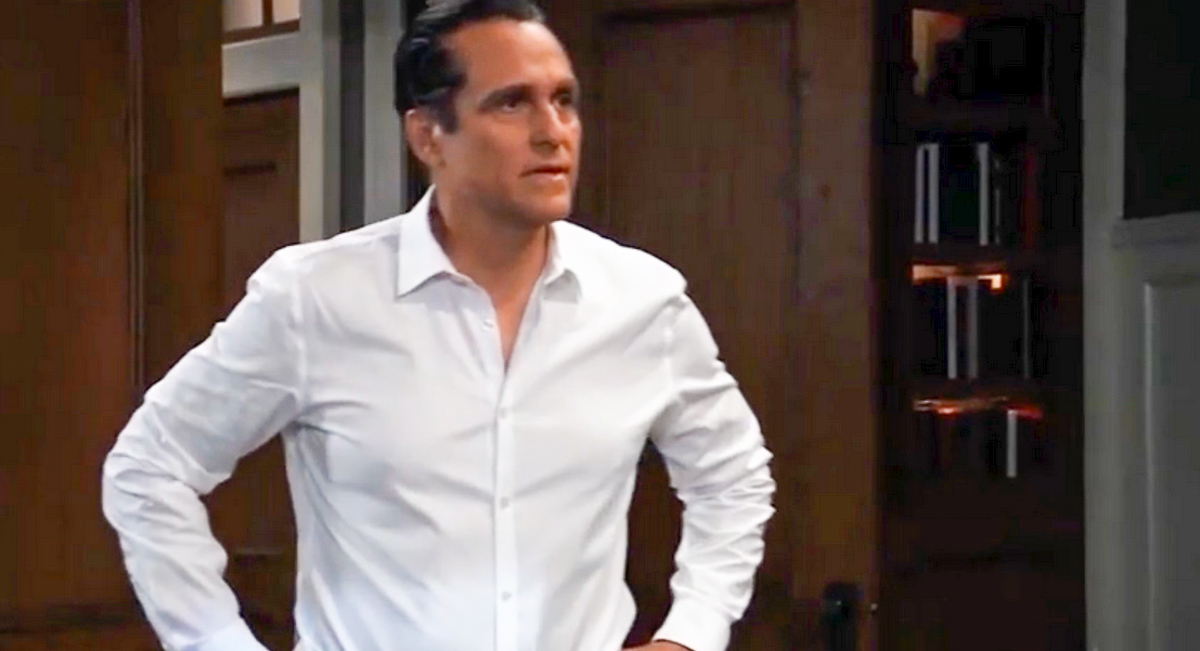 General Hosptial (GH) spoilers tease that Sonny Corinthos (Maurice Bernard) and Carly Corinthos (Laura Wright) should be enjoying this special time in their lives. Not only are the holidays coming up, but this will be little Donna Corinthos first Thanksgiving and Christmas. But the presence of Jasper “Jax” Jacks (Ingo Rademacher) continues to a point of contention between the two.

Jax and Sonny have always been rivals for Carly’s love. It got so bad that Sonny had Jax deported to get him out of the way a few years ago. But Jax was finally able to return and is setting down roots in Port Charles once again. He returned to town earlier this year in order help his and Carly’s daughter, Josslyn Jacks (Eden McCoy) deal with the death of her boyfriend Oscar Nero (Garret Stitt).

But Jax had another reason for coming to town. He was working with Nikolas Cassadine (Mark Coloma) on a secret mission to find the codicil to Mikkos Cassadine’s will. Nikolas has been presumed dead for a couple years now but recently revealed himself to Carly.

After much convincing, Carly agreed to keep Nikolas’ presence a secret, even from Sonny. But Sonny can sense Carly is keeping something from him. This has led to some tense confrontations between the two. Recently the two even argued about their previous marital affairs. Carly is keeping the Nikolas secret in order to protect Jax , but they are not involved in anything romantic. But look for Sonny’s hatred of Jax to keep his fueling his suspicions. He may even get to the point of accusing Carly of sleeping with Jax again.

If things continue to escalate, Carly may have to tell Sonny the truth. But this could bring danger to everyone depending on what Sonny does with the information. Sonny’s good friend Laura Collins (Genie Francis) is Nikolas’ mother and he would likely insist that Laura be told immediately. As viewers know, this could lead to Valentin Cassadine (James Patrick Stuart) going after Laura.

Should Carly tell Sonny the truth about Nikolas before Sonny’s jealousy causes more problems? Or should Carly continue to protect Jax? There a lot of exciting scenes coming up so stay tuned to General Hospital airing weekdays on ABC. And don’t forget to check back here regularly for all your General Hospital news, information and spoilers!