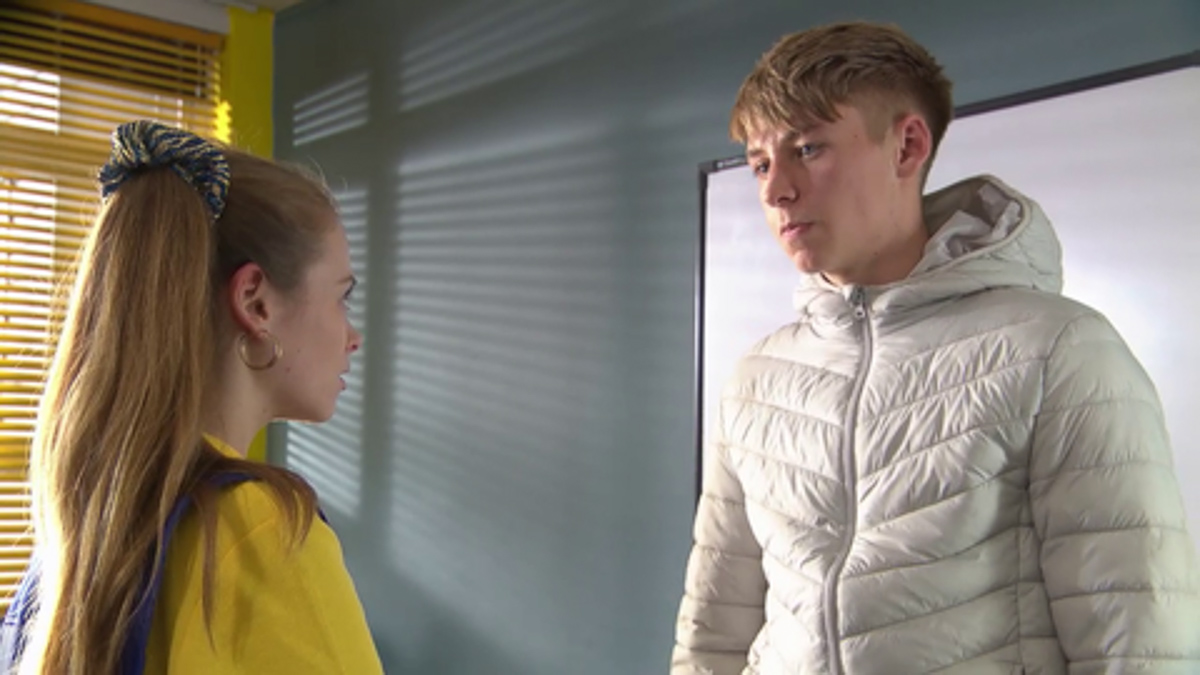 Hollyoaks spoilers for the week of November 25 reveal Ollie Morgan (Aedan Duckworth) is torn. Meanwhile, Sid Sumner (Billy Price) shares a sad secret and someone issues an ultimatum. Keep reading to get all the details on what to expect from the soap opera.

As a note, there is generally a 2-week span between when the soap airs in the UK and when it hits North American television sets. Please keep this in mind when reading spoilers.

Ollie is divided on what to do about the baby and Cindy Cunningham (Laura Crossley) feels rejected. Goldie McQueen (Chelsee Healey) asks Sylver McQueen (David Tag) to sit by Mercedes McQueen’s (Jennifer Metcalfe) side. However, he chooses to spend his time with Grace Black (Tamara Wall) instead.

On Tuesday’s episode of Hollyoaks, spoilers reveal that Sid shares a sad secret. Also, Goldie tries to call Sylver when Mercedes ends up having a seizure. However, the call is rejected by Grace, who just enjoyed a sleepover with him.

Sylver ends up getting an ultimatum from Breda McQueen (Moya Brady), who makes him choose between Mercedes and Grace. Which woman will Sylver pick and could there be any repercussions from his decision?

Hollyoaks spoilers tease that Grace worries over her potential new man. She is concerned that she could end up losing Sylver before she actually has him for herself. Does she have any reason to be concerned?

On Friday’s episode of the soap opera, Mitchell Deveraux (Imran Adams) is forced to lie to Scott Drinkwell (Ross Adams). Could their relationship already be in trouble?

What do you think is going to happen with your favorite characters? Which storyline are you looking forward to seeing the most and what do you predict will happen? Fans will have to keep watching the TV show to see how these stories develop over the next few weeks.

Be sure to tune in to catch up on everything happening on the soap right now. Come back here often for the latest Hollyoaks spoilers, updates, news and rumors!