Days of Our Lives Spoilers: Princess Gina Is Tempted To Eliminate Abigail – Plans To Flee Salem 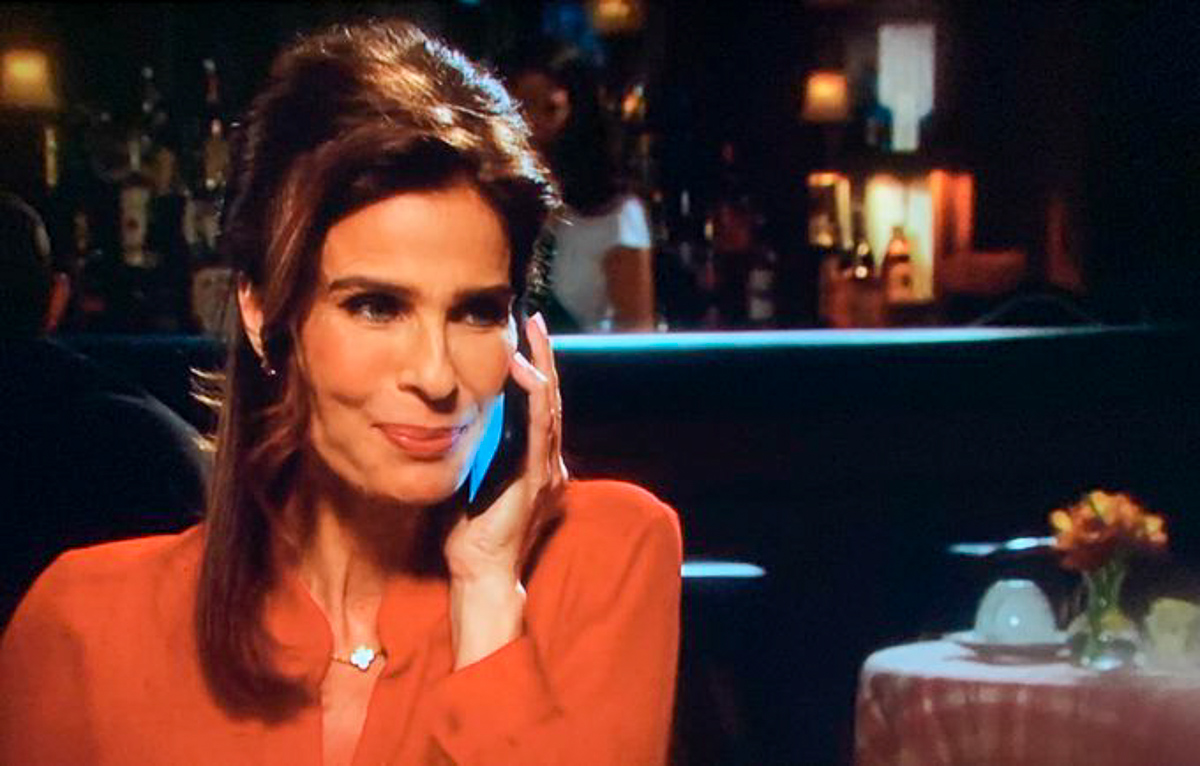 Days of Our Lives (DOOL) spoilers tease that Abigail DiMera (Kate Mansi) will be feeling determined to get to the bottom of her mother’s attack. As DOOL viewers know, Jennifer Deveraux (Melissa Reeves) was pushed off of the bistro balcony right before the DOOL time jump. Her assailant was Princess Gina Von Amberg (Kristian Alfonso), but everyone thinks it was Eve Donovan (Kassie DePaiva), thanks to the security footage that was altered to make it look like Eve was on the balcony with Jennifer that night.

DOOL Spoilers: Abigail DiMera Will Be Feeling Determined To Get To The Bottom Of Her Mothers Attack

But now, Eve has Abigail on the case, and she seems to have convinced Abigail that she’s innocent. Of course, it’s an unsettling thought for Abigail that her mother’s actual assailant might be out there running free – especially since Jennifer is now awake and could remember her attack and her actual assailant’s identity. As DOOL viewers know, Princess Gina is monitoring the situation closely, and Jennifer could indeed be in danger.

Well, soon Abigail will rev up her efforts to get to the bottom of what really happened to Jennifer on the night she was pushed, and that will lead her straight to the security footage from the bistro. Of course, it should be fairly easy to see that the footage has been doctored, and Princess Gina will know it. According to DOOL spoilers, Princess Gina will resist when Abigail wants to see the footage, which will seem odd to Abigail.

Days Of Our Lives Spoilers: Princess Gina Is Hope

Of course, since no one knows that Hope is functioning right now as Princess Gina, it will probably seem very strange to Abigail that “Hope” doesn’t want to cooperate with her investigation into Jennifer’s fall. And the more that Abigail pushes the issue, the more nervous Princess Gina is going to get. This will put Abigail directly in harm’s way.

Days of Our Lives #DOOL Spoilers: How will Steve's return as Stefano Impact Justin and Kayla? @celebratesoaps https://t.co/3qyzMBjRGi

DOOL Spoilers: Abigail DiMera Will Take Jennifer Deveraux Back To The Bistro Balcony

Perhaps this means that Jennifer will be getting her memory back soon. According to DOOL spoilers, Abigail will take Jennifer back to the bistro balcony to try to jog her memory for who might have been there with her on that fateful night. But will she remember that it was Princess Gina who pushed her? And is that why Princess Gina will feel the walls closing in on her?

Do you think that Jennifer will remember what happened before her fall? And if so, do you think we’ll soon see the real Hope return? Stay tuned to DOOL and don’t forget to check CDL often for the latest Days of Our Lives spoilers, updates, and news.