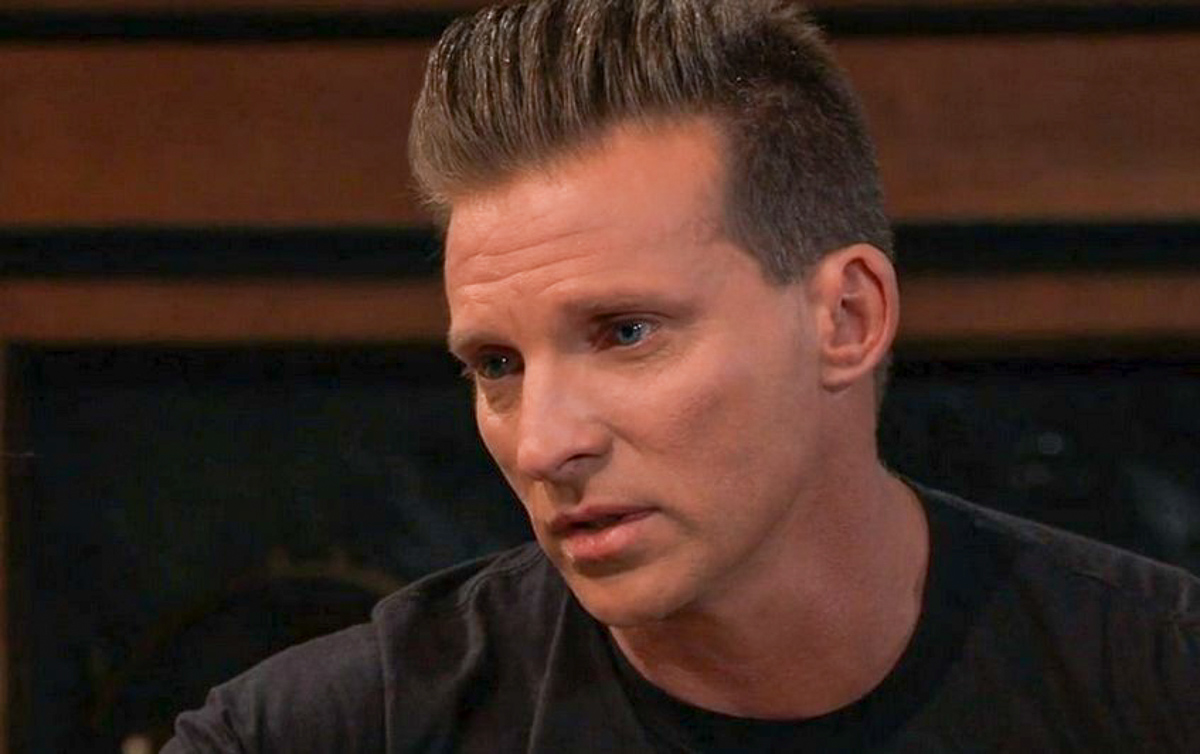 General Hospital spoilers tease that Jason Morgan (Steve Burton) will be suspicious in an upcoming episode of GH!

Anna Devane (Finola Hughes) had asked Jason to help her with the Cassandra Pierce (Jessica Tuck) case, but then changed her mind when she heard Sam McCall (Kelly Monaco) was in prison and Jason is the only parent to Danny Morgan (Porter Fasullo) and Scout Cain (Ella Ramacieri) for the time being.

However, since Danny chose to stay at the Quartermaine residence while his and Scout’s mother is absent, and made the decision for Scout as well, Jason may have some time on his hands to help Anna figure things out, if not get involved to the point of endangering himself. The point has been driven home to Jason that he is a father and needs to start acting like one!

Specifically, Anna had talked to Jason about what Valentin Cassadine’s (James Patrick Stuart) might be in the presumed death of Cassandra after her escape boat blew up in the harbor. Jason agreed that Valentin was probably involved, although Anna told him not to worry about helping when she heard his bad news about Sam.

The whole world of Valentin has been falling apart as of late, and he’s like a caged animal and backed into a corner. It seems that everybody in Port Charles wants a piece of Valentin and he is fighting hard and dirty to keep what is his. If it wasn’t bad enough that one woman was blown up and Violet Barnes (Jophielle Love) lost her mother, the fact of which is up close and personal for Anna, since her fiancé Dr. Hamilton Finn (Michael Easton) is Violet’s father, now it seems that Spencer Cassadine (Nicolas Bechtel) may have gone missing as well, according to a rather frantic Mayor Laura Collins (Genie Francis) who may ask Anna and the WSB’s help to find him!

Jason is suspicious that Valentin is behind Cassandra’s boat explosion, Hayden’s disappearance and its aftermath, and Spencer’s kidnapping in France besides! He will be glad to brainstorm with Anna and do what he can to solve these mysteries – he may be able to get Damian Spinelli (Bradford Anderson) to bug Valentin’s house to get some intel while he and Anna figure out some way to distract Valentin, and if necessary, Nina Reeves, (Cynthia Watros) Charlotte Cassadine (Scarlett Fernandez) and Liesl Obrecht (Kathleen Gati) who still lives in the Wyndemere mansion!