The Bold And The Beautiful Spoilers: Ridge Tells Brooke They Can Reunite – On One Condition 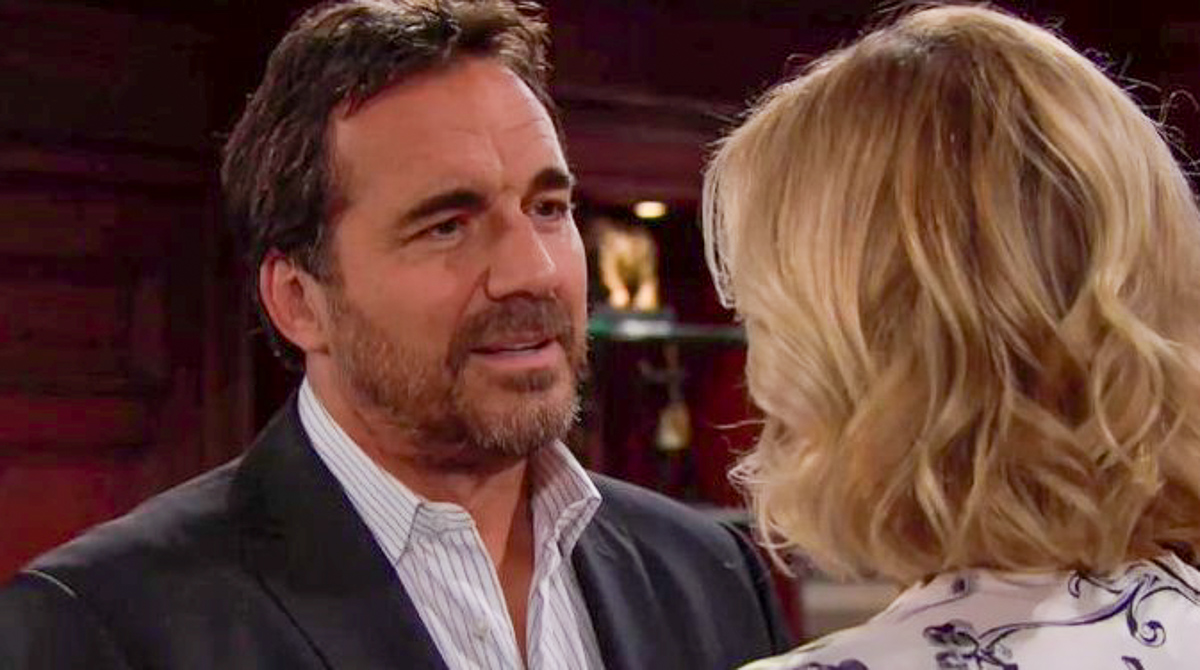 The Bold and the Beautiful spoilers reveal Ridge Forrester (Thorsten Kaye) tells his wife there is a chance of reconciliation. However, it might be too much for Brooke Logan Forrester (Katherine Kelly Lang). Keep reading to discover his ultimatum.

Bold & The Beautiful Spoilers – The Trouble with Thomas Forrester

B&B spoilers confirm that Thomas has been trying to get Brooke out of his father’s life for a long time. However, he ramped up his efforts during the past several weeks. He even went as far as to involve other people in his schemes to break “Bridge.”

The Bold and the Beautiful Spoilers: Brooke Gives Ridge Another Ultimatum – Tells Him What He Has to do to Win Her Back

After he forced Brooke to tell Ridge the truth about his “death,” “Bridge” broke up. On the outside, Thomas will pretend to feel bad for his father’s heartbreak. However, on the inside, he will be gleefully gloating. With Brooke out of the way, Thomas can focus on the things that matter to him — like getting Hope Logan (Annika Noelle) back into his life in ways she probably isn’t anticipating.

Bold & The Beautiful Spoilers – What About Shauna Fulton?

The Bold and the Beautiful spoilers tease that Ridge has been bouncing back and forth between Brooke and Shauna Fulton (Denise Richards). On Wednesday’s episode, he called it an innocent flirtation. However, fans see a lot more going on. He has kissed another woman on multiple occasions and wasn’t honest with Brooke about it. So, it seems they have both been keeping secrets and lying to each other.

It is revealed that Ridge gives Brooke an ultimatum. If she really wants to work on fixing their marriage, then she has to do one thing. It is to forgive Thomas for the things he has done. While his insistence is understandable from a parent’s standpoint, this could be too much for Brooke to even consider.

What do you think will happen with Ridge and Brooke? Will she forgive Thomas so she can get back her husband? Or is Ridge’s request too much for Brooke to handle? Fans will have to keep watching the CBS soap opera to see what happens next.

The Bold And The Beautiful (B&B) Spoilers: Diamond White Shares News Of Her New…