Days Of Our Lives Theory: Baby Mickey Has Same Illness As Tate, Making Him Brady And Kristen’s Daughter 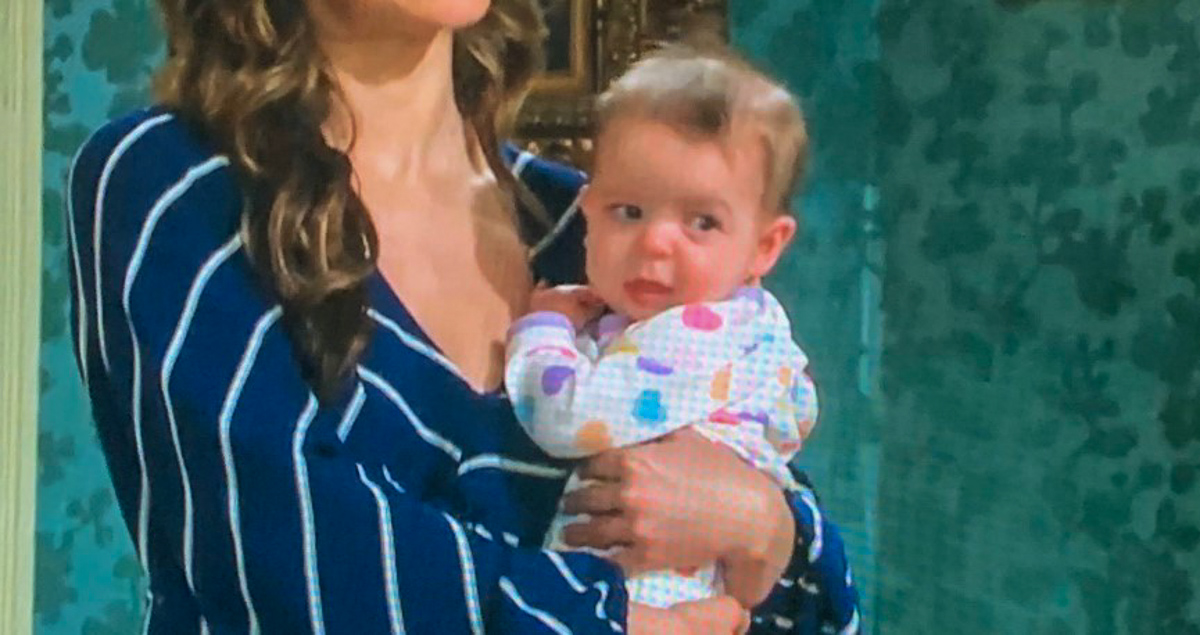 Days of Our Lives spoilers reveal something is wrong with Mackenzie “Mickey” Horton (the May twins). There is a theory that she could have the same immune disorder as Tate Black (Colin Schroeder and Kyle Schroeder). If this is the case, then could it be possible that Mickey is actually Brady Black (Eric Martsolf) and Kristen DiMera’s (Stacy Haiduk) child?

DOOL spoilers reveal that Brady and Kristen’s baby did not survive the delivery. When Kristen went into labor, something happened. All that has been revealed so far is that Brady was crying at the park. Nicole Walker (Arianne Zucker) encountered him and comforted the new father. He said that his daughter was so beautiful, but she didn’t make it. It sounds like she was either stillborn or died soon after, although the reasons are not clear.

As fans recall, Brady had another child named Tate. He is currently still alive and living in California with Theresa Donovan (Jen Lilley). However, he had a bit of a medical crisis when it was discovered that he suffered from an immune disorder called SCIDs. The little boy had to undergo a bone marrow transplant, but has been fine ever since.

Days of Our Lives spoilers reveal that in two weeks, Eric and Sarah will get upsetting news about Mickey. It sounds like it must be something medical. Could Mickey also have SCIDs, just like Tate? Eric and Brady are half-brothers, so there’s a chance it is inherited. However, there is also another possibility.

Some viewers are convinced that Mickey isn’t really Eric and Sarah’s child. They believe that Sarah’s baby died, not Kristen’s. In a panic to keep his “family,” Xander Cook Kiriakis (Paul Telfer) switched the babies. If this happened, then that would explain why “Bristen” believes their baby to be dead and also the SCIDs diagnosis, which will blow the truth wide open.

What do you think of their theory? Could there have been a baby swap and does Mickey have SCIDs? Fans will have to keep watching the NBC soap opera to see how this storyline develops.