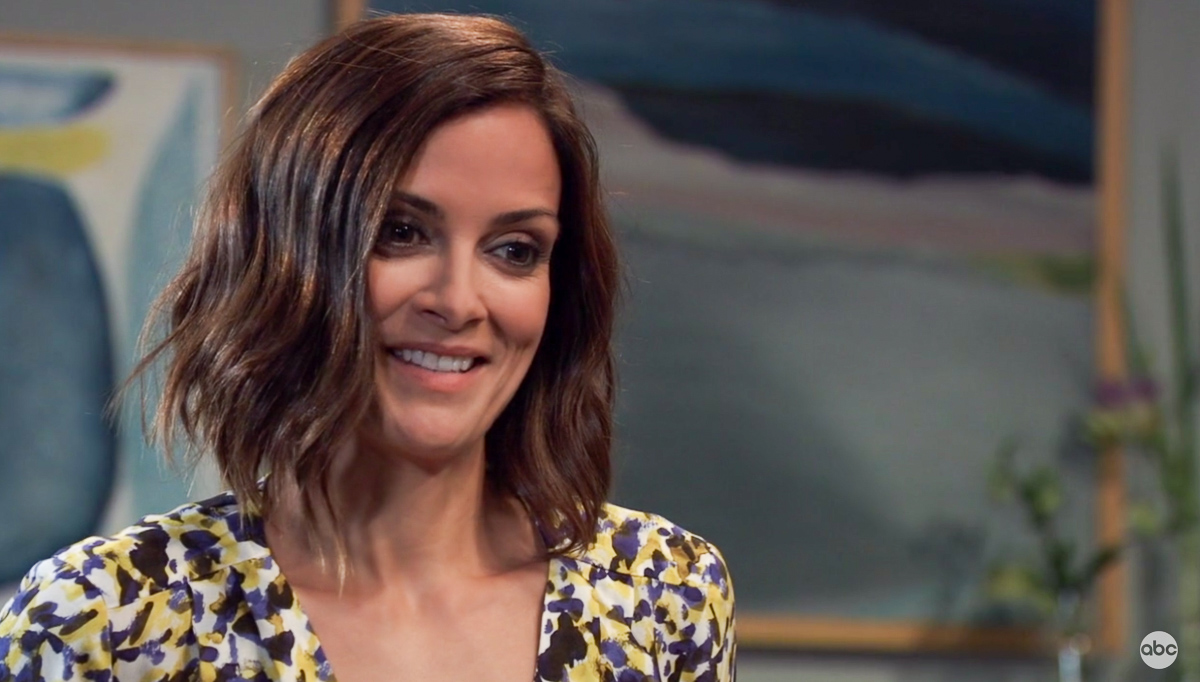 Rebecca Budig confirmed that she’s leaving “General Hospital” as Hayden Barnes, which means the rumors about her departure were true all along. The actress joined the sudser back in 2014 until 2017. She reprised her role earlier this year but now she’s leaving the sudser once again.

In an Instagram post, the actress said, “It’s hard to say goodbye once..and twice is that much harder. Then add the beautiful, sweet, magical @jophiellelove and it’s heartbreaking.”

“I want to thank all those @generalhospitalabc fans that show up every day and are passionate about this show and our characters. I will miss my friend..for those like him are hard to come by..but I know our paths will cross again. (Or at least one can hope 🙂
xo,” she continued.

Budig shared the touching post after her final episode aired on “General Hospital” last Wednesday. In the post, she uploaded two photos. One with co-star Michael Eason, who plays Hamilton Finn, and the second one was of Jophielle Love, who plays Violet Barnes.

It hasn’t been revealed why the show has decided to let Budig go once again. Fans didn’t take the actress’ departure back in 2017 so when she returned, a lot of people were thrilled. On her most recent exit, viewers are still hopeful that it’s only a short term farewell and they are still wishing to see their favorite character back on their TV screen soon.

Budig’s five-year-old co-star also shared a photo on her Instagram page. It was a still shot from a scene where Hayden was saying goodbye to Violet. In the caption, the young actress said, “I will be waiting Mommy! I know you’re coming back for me.. Let it be soon please.. It’s not fun without you! I love you!”

Viewers recently saw Hayden get attacked by someone when Nikolas Cassadine (Marcus Coloma) swooped in to save her. She immediately assumed that the attack was orchestrated by Valentin Cassadine (James Patrick Stuart).

Nikolas then convinced her that it is best if she left Port Charles and leave her daughter, Violet, to keep her safe from Valentin. Just when Hayden was preparing to leave town, it was Nikolas who paid the man who attacked her. He wanted to get rid of her so she won’t spill crucial details about Helena Cassadine’s (Constance Towers) portrait to Valentin.

Hayden showed up at Anna Devane (Finola Hughes) and Hamilton Finn’s (Michael Easton) home. She made them believe that she just dropped by to leave some of Violet’s things for her sleepover. She spent a few moments with her daughter, hugged her tightly and told her how much she loved her. Hayden then slipped an envelope in Violet’s purse and then left.