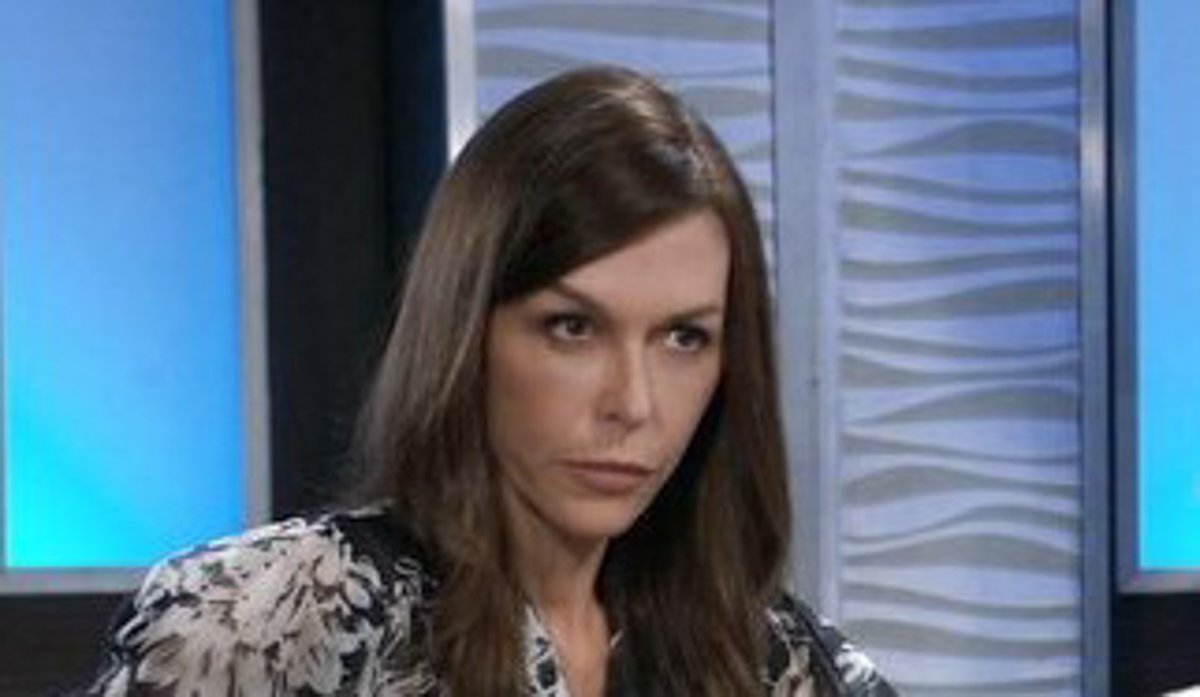 General Hospital Spoilers – Anna Devane Has Been Gone For Six Months, And A Lot Has Happened Since Then!

As General Hospital viewers will recall, Anna Devane has been gone for six months, and a lot has happened since then! Drew Cain (Billy Miller) disappeared and has been presumed and then declared dead by the Navy, Shiloh Archer (Coby Ryan McLaughlin) has been killed and Sam McCall (Kelly Monaco) given two years in prison for manslaughter related to his death, Andre Maddox (Anthony Montgomery) was nearly killed and is back in Port Charles, and Franco Baldwin (Roger Howarth) had his memories replaced with Drew’s from the flash drive – at least the ones prior to 2012.

Now he is waiting to see if his memories can be restored or uncovered, since Andre isn’t sure what happened to them, if they were replaced with Drew’s or merely overlaid with them! Plus her fiancé Dr. Hamilton Finn (Michael Easton) found out he’s a daddy and now Violet Barnes (Jophielle Love) is a part of his life and Anna’s too, by extension!

Peter, on the other hand, has spent the last six months going to extreme measures to cover up his past! He had the plane that Drew took to Afghanistan rigged to crash, and tried to prevent Andre from getting to Port Charles by having Drew’s plane rigged to crash, but wasn’t able to get Andre stopped before Drew got him; he hired a goon to kill Andre when he arrived, but Andre got away!

Even the goon he hired to kill Andre, Bryce Henderson (Brian Gross) was killed, but that didn’t solve Peter’s problems either, because now “Frankendrew” has decided to try to get his own memories back, but he could wind up having more of Drew’s instead and be able to identify Peter! So far, Peter’s been lucky because “Frankendrew” only recognizes him from recent times, not from the past!

General Hospital Spoilers: Willow Is Anxious To Know The Truth – Does She Have A Surprise In Store? https://t.co/7keq8Uvos7 pic.twitter.com/OTZMrPzFZe

Anna knows that her ex, Robert Scorpio (Tristan Rogers) has a serious case of distrust of “Heinrik Faison” anyway, and should take anything he tells her about Peter with a grain of salt, but nonetheless, he may make a good point to her about something; perhaps about Peter’s visiting of Shiloh in prison several times before he was killed. Peter had explained that to Robert, saying it was for an Invader article, but Robert of course didn’t believe him. Robert tends to put Peter in some very awkward positions, including that of having to lie to his own mother!