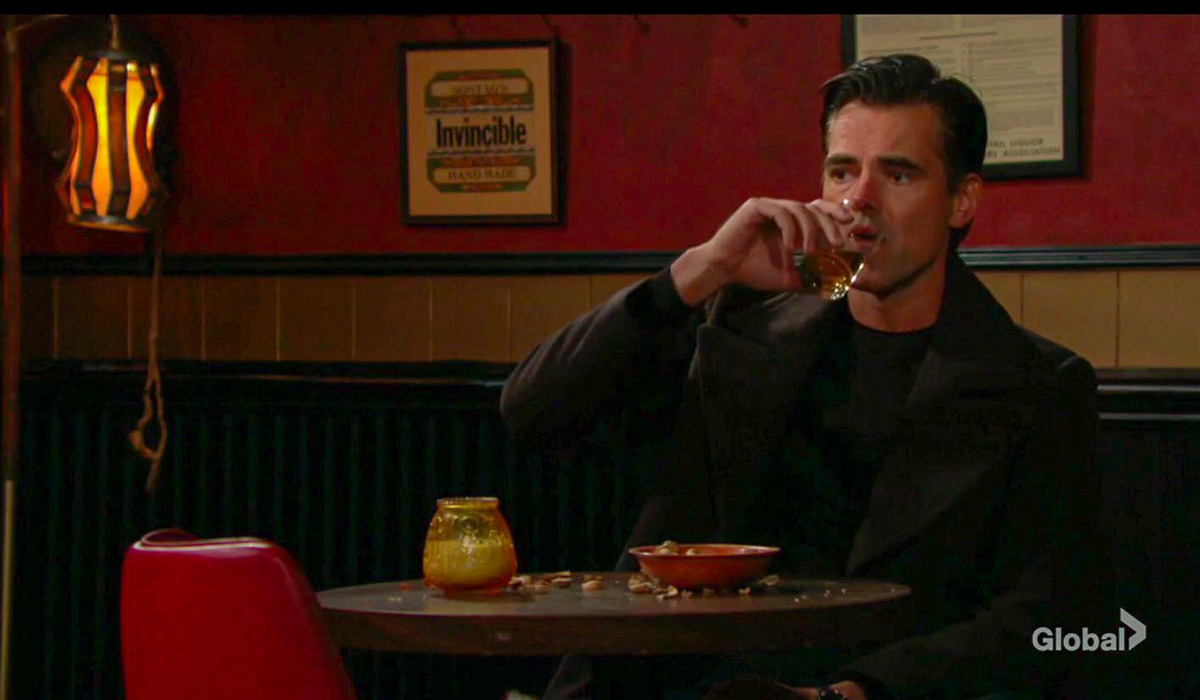 The Young and the Restless spoilers document that Billy Abbott (Jason Thompson) believes he’s come to grips with the effects a mental health trauma had on his life. Billy genuinely sees what happened to him as a past tense event. His therapist and many Y&R viewers aren’t sure about this conclusion.

The darker version of Billy’s alter ego, which emerged in various forms through the years, took a bizarre turn some months ago. Triggered by Adam Newman’s (Mark Grossman) stunning second return from the grave, Billy suffered a serious breakdown.

To be specific, he appears to have endured, or is still enduring, a personality split. This was, or is, his mind’s way of handling the unspeakable grief and guilt that remains connected to Delia Abbott’s (as then played by Sophie Pollono) death in 2013.

Young And The Restless Spoilers – Suddenly Leaving Jabot Behind

Billy didn’t seem to be inclined to leave the top spot at Jabot just a few weeks ago. But continued conflicts with Kyle Abbott (Michael Mealor) caused some moments of reflection and a few key conversations to be had.

Through the above Billy quickly decided that he needed to step away from the corporate suite and pursue another professional avenue. It doesn’t appear that there’s a specific direction he plans to take, which causes Victor Newman (Eric Braeden) to question Thompson’s hopefully healing character.

The developing, potential bond between Victor and Billy is intriguing all on its own. It would surely be a fresh take if Y&R continued to pursue Braeden’s growing connection with Billy, creating some form of quasi-father figure role.

The evolving relationship Billy may be experiencing with Victor is linked to Villy. Always and likely forever the true love of Billy’s life, Vickie Newman (Amelia Heinle) is overjoyed with her soul mate at this point in time. She feels he’s turned a corner.

But, and there’s always a but with Billy-boy, will Thompson’s character be able to sustain the family man role he’s playing, or are his actions representative of actual growth?

Vickie would be more than devastated if Billy were to become involved with another woman, with buzz about Amanda Sinclair (Mishael Morgan) possibly being that person. As viewers recall, Heinle’s character has invested in the latest edition of Villy, but hedged her bets by not getting remarried.

If Billy isn’t able to sustain what basically is a half-committed connection, especially in knowing that Villy’s children are dependent on him as never before, than he and Vickie would likely part. That speculative split, which isn’t hoped for, would surely pull another type of trigger in Billy’s mind. And with that no one, even the man in question, would know what could result.