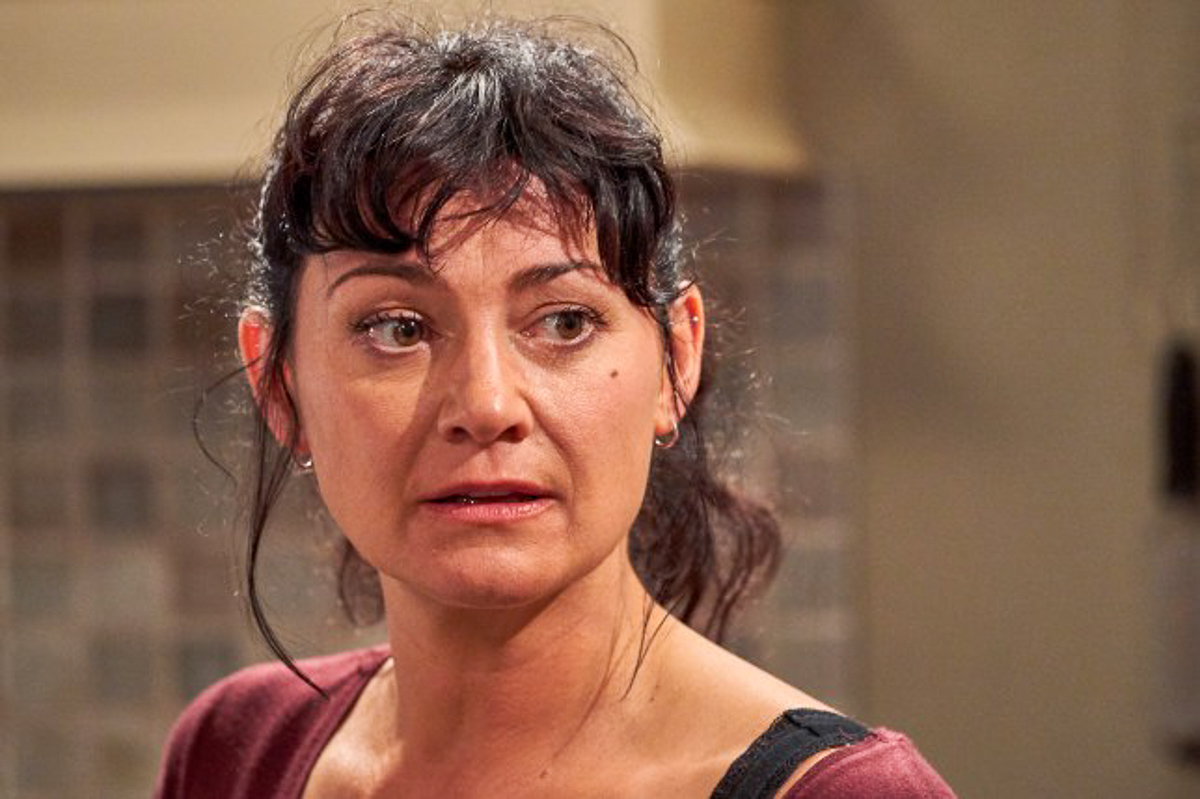 Emmerdale spoilers reveal Moira Dingle (Natalie J. Robb) will spiral downward. Apparently, she is having a tough time coping with Cain Dingle (Jeff Hordley) dumping her. However, she is the one who had an affair with Nate Robinson (Jurell Carter). Here is what fans can expect from the soap in the upcoming week.

Moira Dingle’s storyline involved her having an affair with Nate Robinson. They kept sneaking around and fans knew that it was only a matter of time before they got caught. That finally happened a few weeks ago and the results were explosive — literally. They managed to survive the boat explosion and being trapped by weeds underwater. However, the drama was only beginning.

Emmerdale spoilers teased that Moira would face some challenges and she tried to smooth things over with her husband. However, her efforts failed and he demanded that she leave their home. She was devastated but really, how else did she think this was going to turn out? She committed the ultimate marital sin and no amount of excuses will make that better.

Emmerdale Spoilers – Turning to Alcohol to Numb the Pain

Next week, expect Moira to turn to booze to help her heal a broken heart. But she doesn’t just drink on her downtime. The character actually shows up to a business meeting drunk and begins acting inappropriately. She ends up ruining everything.

Also, Pete Barton (Anthony Quinlan) will try to help Moira, but she rejects his assistance. In addition to that, she is trying to show Cain that she is an adequate mother. But that all falls apart when Cain threatens to take away her kids.

Emmerdale spoilers tease that Nate offers Pete a partnership at Wylie’s Farm. Pete ends up quitting and stuns Moira. Then, Cain gets involved and confronts Nate over him stirring up trouble once again.

As for Cain, expect him to make good on his threat to Moira. He plans on keeping the children from her, at least while she is hitting the bottle. Can she get herself together before she loses them permanently?