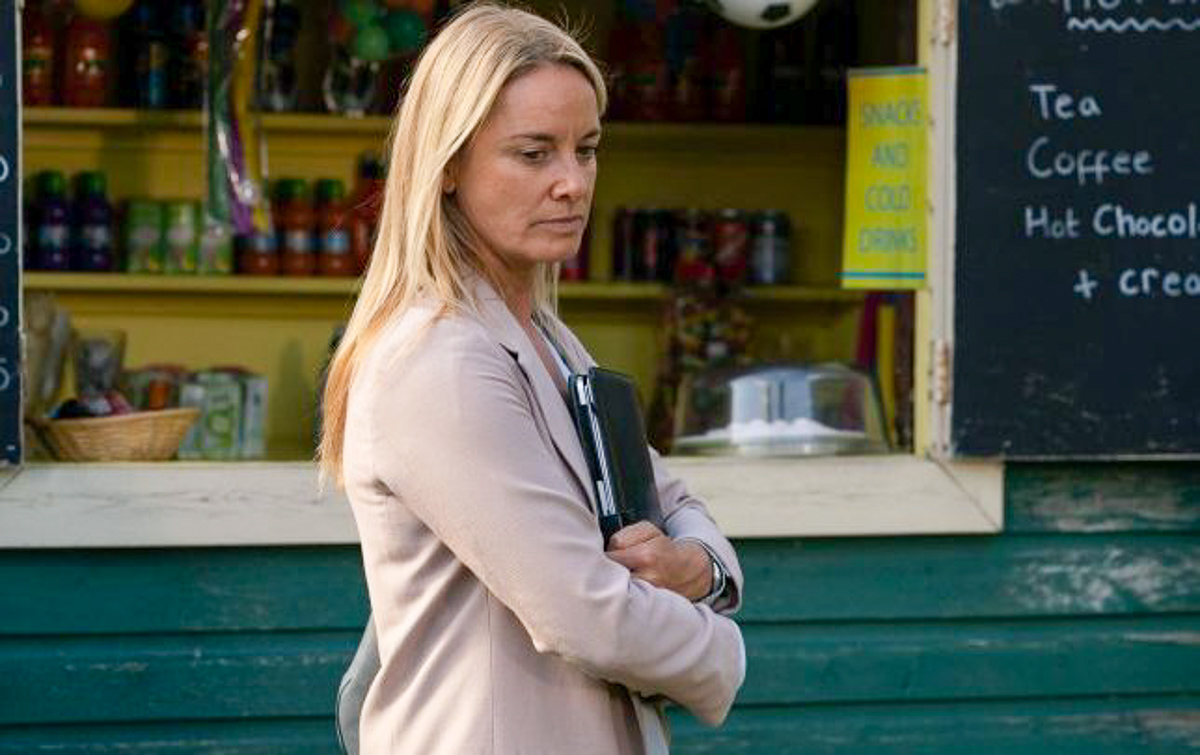 Eastenders spoilers for Monday, December 2 reveal someone will have their secret exposed publicly. Also, it is the day of Mel Owen’s (Tamzin Outhwaite) funeral and someone suggests to Linda Carter (Kellie Bright) that she goes through a Christmas detox. However, will she up for the idea or not? Find out everything known so far about the upcoming installment.

On Monday’s episode of the British soap opera, it is the day of Mel’s funeral. Lisa Fowler (Lucy Benjamin) is mourning the sudden and tragic loss of her best friend. She still blames Sharon Mitchell (Letitia Dean) for Mel’s death and considers her to be a murderer. This is despite the fact that cameras showed how Mel died and Sharon was cleared of any wrongdoing.

Things will get intense when Sharon and Phil Mitchell (Steve McFadden) show up for Mel’s wake. Lisa is furious when they arrive. Meanwhile, Phil gets suspicious when he spots Sharon comforting Jack Branning (Scott Maslen).

Eastenders spoilers reveal that Lisa’s anger turns into vengeful rage after everyone keeps praising Sharon. So, she comes up with a plan and makes a little speech. While she is talking, she calls Sharon a killer and tells everyone that Phil isn’t the biological father of her baby.

As for Linda, her drinking is spiraling out of control. Mick Carter (Danny Dyer) tries to get control of the issue by making a suggestion. He wants Linda to do a Christmas detox. However, what will Linda say to this?

EastEnders Spoilers – What Else to Expect

Fans can also expect Chantelle Atkins (Jessica Plummer) to be stunned when Gray Atkins (Toby-Alexander Smith) gets honest with the therapist. He will finally open up about his past.

What are you looking forward to the most next week on the British soap opera? What do you predict is going to happen with your favorite characters? Can Linda Carter beat the booze before it totally consumes her and something horrible happens? Fans will have to keep watching the television program to discover what happens next.

Be sure to tune in to catch up on everything happening on the soap right now. Come back here often for the latest in Eastenders spoilers, updates, news and rumors!