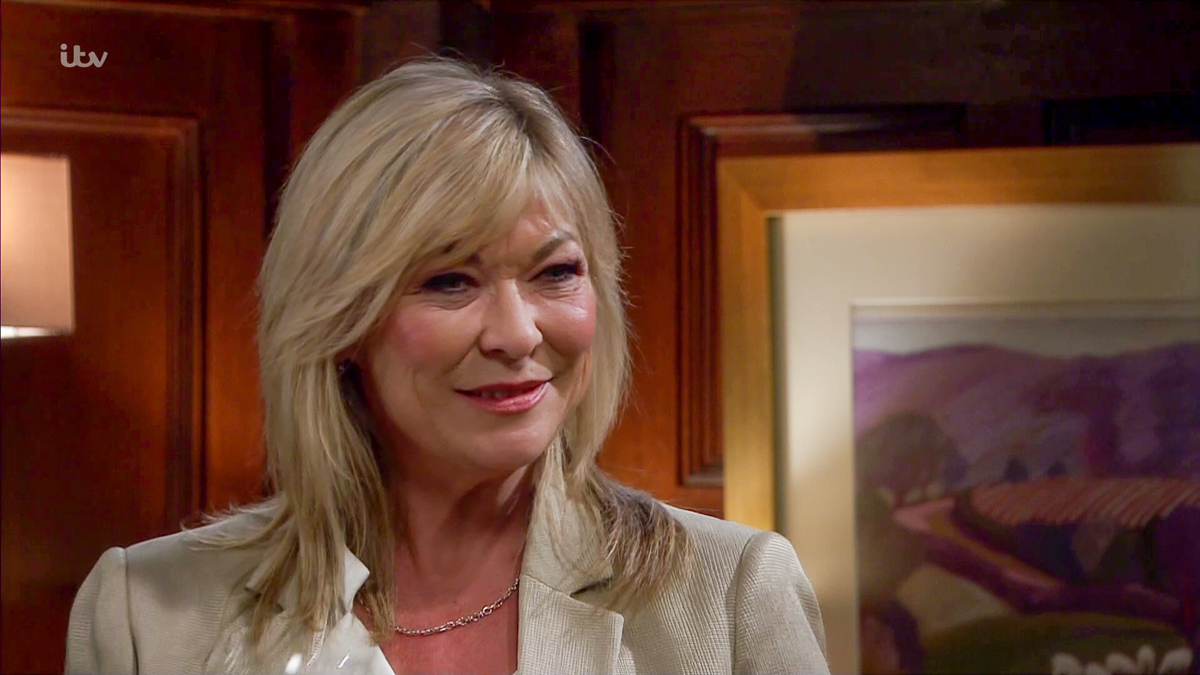 Emmerdale spoilers for the week of December 2 reveal Kim Tate (Claire King) has Millie Tate’s (Willow Tate) DNA test results. Plus, Andrea Tate (Anna Nightingale) is rushed to the hospital when the pregnancy character discovers she’s bleeding. As for Moira Dingle (Natalie J. Robb), expect her to head downhill when she succumbs to drinking. This could lead to her losing her children forever.

Emmerdale spoilers tease that the truth will finally come out about Millie’s parentage. For several weeks now, Graham Foster (Andrew Scarborough) has been wondering if he is the child’s biological father. Of course, Andrea denied it and doesn’t want anything risking her marriage to Jamie Tate (Alexander Lincoln).

Now, things are getting complicated as Kim suspects that Graham is Millie’s father. During a recent episode of the British soap opera, fans saw Kim playing hairdresser with her granddaughter. As Andrea walked in, she watched as Kim plucked a strand of hair and set it to the side.

The results will finally come in and not only will Kim know the truth, but Graham will be so curious that he will make a shocking decision.

Fans should also expect Andrea to go through a medical emergency. She notices that she has started bleeding and fearing for her unborn child’s life, Andrea is rushed to the hospital. Will her baby survive or not, that is the question everyone is asking right now.

Emmerdale spoilers also suggest that Moira is struggling to cope with losing Cain Dingle (Jeff Hordley). Things get intense when Cain spots her talking to Nate Robinson (Jurell Carter). However, that wasn’t her fault as she kept telling him to leave. He refused until he dropped off a present for young Kyle. But it seems the damage had already been done. Cain didn’t even tell Moira that the party would be held at his house and she wasn’t invited, so she started to drink.

Expect her drinking to continue getting worse. She ruins a business meeting by doing something inappropriate. Plus, Cain knows she is boozing it up and refuses to let her near the kids unless she is stone-cold sober.