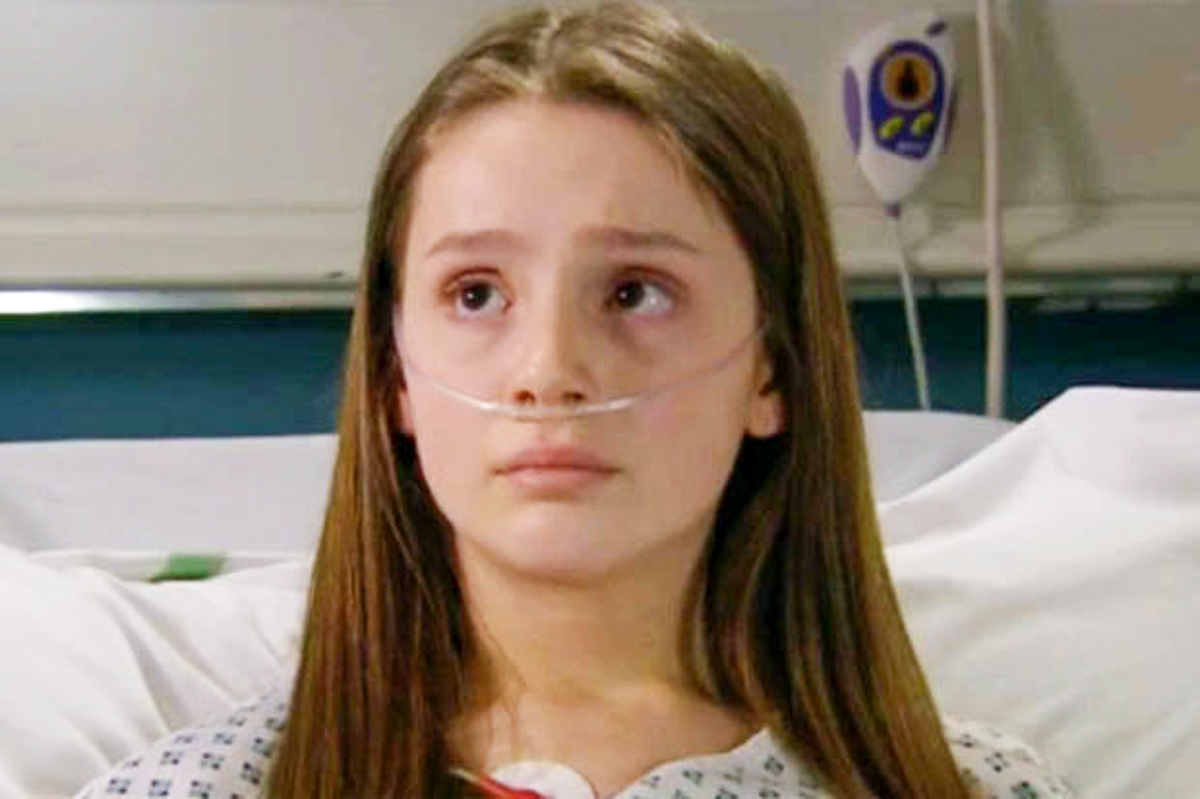 Emmerdale spoilers reveal that Sarah Sugden (Katie Hill) will once again be offered drugs by the boy she likes. Meanwhile, Noah Dingle (Jack Downham) continues to be absolutely horrified by Sarah’s dangerous choice. One would have thought she would have learned by getting so sick last time. Could something tragic happen to the character, especially with her heart condition?

Next week, expect Sarah to once again be faced with temptation. The teenage girl will be offered another pill from bad boy Danny (Louis Healy). He is older and the newcomer’s intentions are rather mysterious. In fact, it is teased that he could be grooming her, but exactly for what? There has to be more to this story than Danny creating a future addict, right?

It is teased that Sarah will lie to Charity Dingle (Emma Atkins) so she can sneak off and be with Danny. Noah suspects something so he secretly follows her and finds Sarah with Danny. He observes the dangerous young man offering Sarah another pill.

Now, we don’t know if Sarah accepts it. She did get really sick last time and neon green vomit ended up all over Charity’s floor. However, she has no idea that it was from drugs. She believes that Sarah just got sick from alcohol, even though she barely had anything to drink.

With that being said, it sounds like Sarah will probably take the pill. She wants to impress the bad boy and doesn’t want him looking at someone else with interest.

Another clue that we have that suggests Sarah takes the pill is that Noah is horrified by more of her decisions. This seems to imply that he will witness her taking the drug. However, could something tragic happen to Sarah as a result of her choices?

Remember, she isn’t a normal girl that could handle a pill now and again. She has a lot of medical issues, including her heart and we are fearing the worst for the young lady. Fans will have to keep watching the soap opera to see how this storyline unfolds.