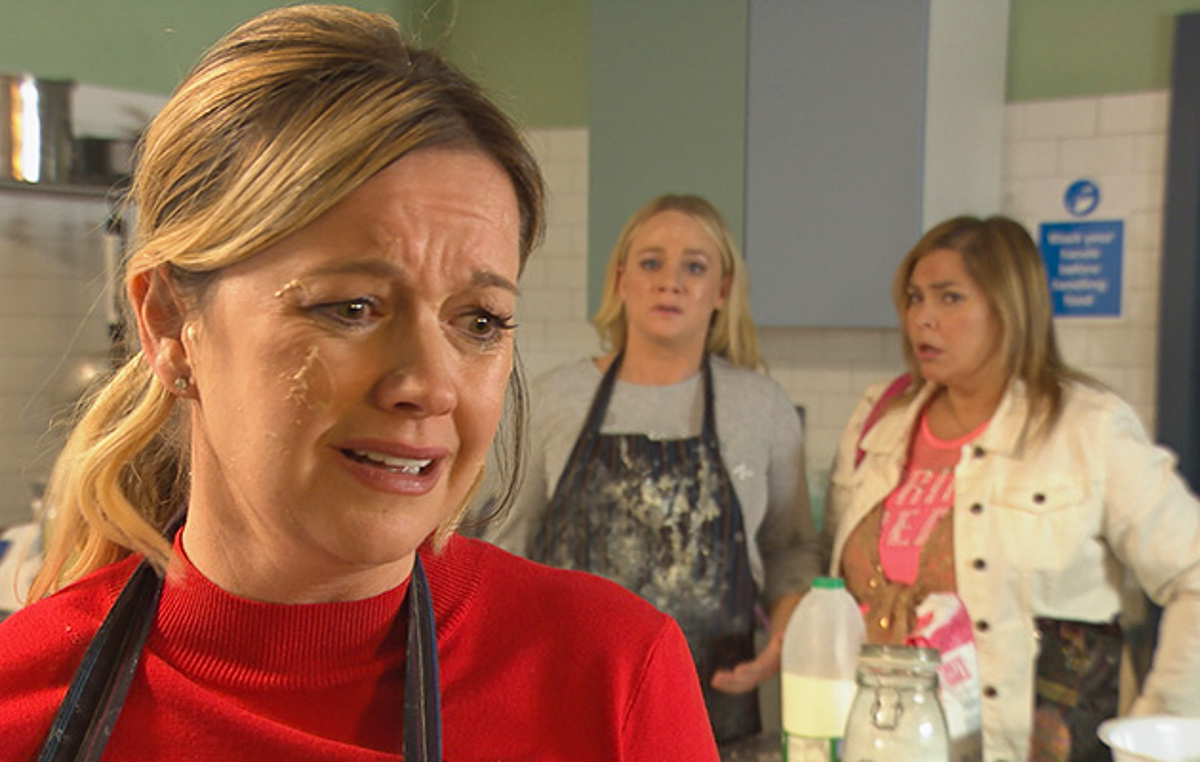 Hollyoaks spoilers for Monday, December 2 reveal Diane Hutchinson (Alex Fletcher) is shocked by the latest arrest in the shooting of Mercedes McQueen (Jennifer Metcalfe). Also, the shooting victim will continue to have more flashbacks, someone sneaks into her hospital room and there are some introductions. Keep reading to get all the details on what to expect next week.

On Monday’s episode of the popular soap opera, expect Diane to be stunned at the person who is the latest to be arrested in the shooting of Mercedes McQueen. As fans recall from a few weeks ago, actress Alex Fletcher teased that Diane could have snapped. However, fans thought there was no way that an actor from the show would reveal who did it that early. The storyline of who shot Mercedes McQueen was a huge attempted murder mystery that had viewers talking.

Hollyoaks Spoilers For The Week of Dec 2: Mercedes’ Secret Visitor Arrives and Luke Finds Out About His Scan

In regards to Mercedes, she will have a secret visitor in her hospital room. Expect her heart rate to jump up when that person walks in the room.

Also, she will continue having flashbacks to when she was shot. Plus, expect her to deliver another bombshell after she blamed Sylver McQueen (David Tag) for the crime.

Hollyoaks spoilers reveal that some new meetings will take place. Jesse Donovan (Luke Jerdy) introduces himself to the new couple that is living in Mitchell Deveraux’s (Imran Adams) former flat. The couple’s names are Toby Faroe (Bobby Gordon) and Celeste Faroe (Andrea Ali). However, it is teased that they might be troublemakers.

Afterward, Toby and Celeste invites Jesse and Courtney Campbell (Amy Conachan) over to the flat for drinks. They are impressed with Jesse, who is a music producer and Celeste, a modeling agent.

It is also teased that Sienna Blake (Anna Passey) needs to be told that she has no more viable embryos. On this same day, the character will have some optimism and declares that the surrogacy is back on.

Hollyoaks spoilers also tease that Luke Mogan (Gary Lucy) is still having problems with his hand seizing up. What could be causing it and can it be treated?

Be sure to tune in to catch up on everything happening on the soap right now. Come back here often for the latest in Hollyoaks spoilers, updates, news and rumors!