The Young and the Restless Spoilers: Billy And Amanda Get Close – Should Victoria Be Worried? 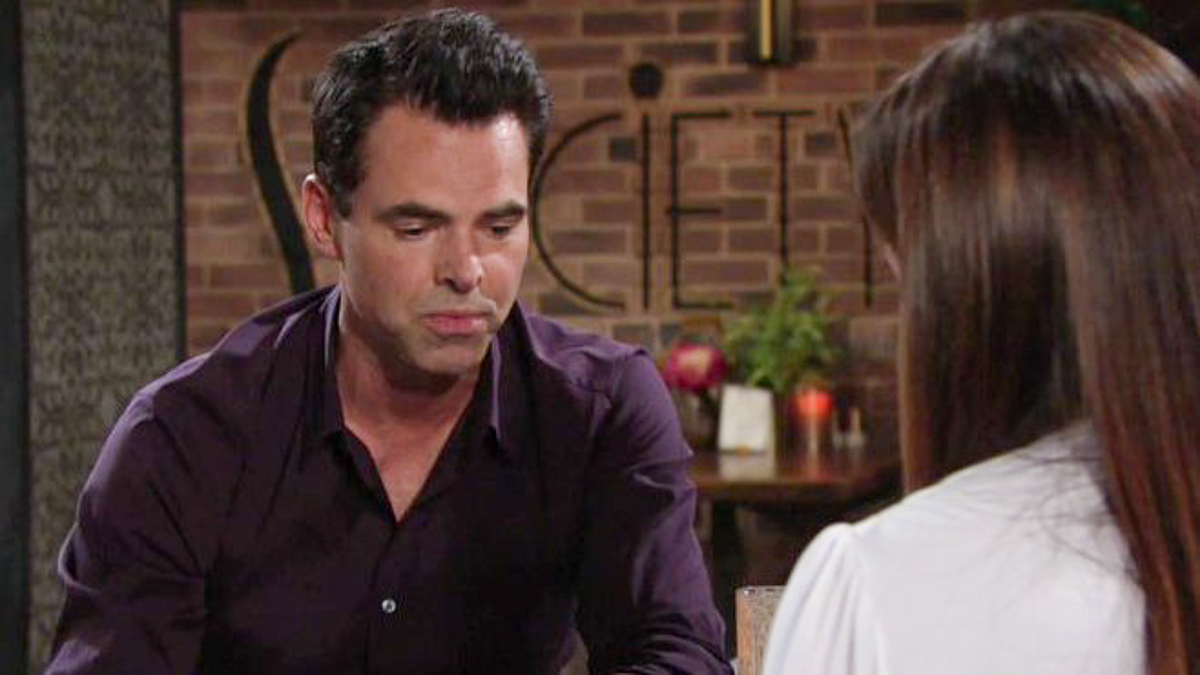 The Young and the Restless (Y&R) spoilers tease that Billy Abbott (Jason Thompson) will share a moment with Amanda Sinclair (Mishael Morgan) and he reveals something shocking about himself to the stranger. It will lead to them developing a friendship, something that Victoria Newman (Amelia Heinle could have a problem with. Here’s what is coming up on Y&R.

Frustrated by battling his inner demons, Billy decides to stop at a bar alone and have a drink. While at the bar, he runs into Amanda, who seems to be trying o blow off steam, too.

The lights go out, and Billy urges Amanda to stay put until the storm is over. He doesn’t want her to get hurt by trying to get back to her hotel in the storm. Instead of going home, the pair decides to open up to each other.

Billy shares details about his life – his struggle with mental illness and his recent career change. Amanda shares that she wants to stay in town, but she is haunted by sharing a face with Devon Hamilton’s (Bryton James) dead wife.

While they are an unlikely duo, they really connect, and they have a great time with each other. Billy sees Amanda as a kindred spirit, and he loves how positive she is. She loves Billy’s playful and boyish ways. She notes that she feels like she can tell Billy anything.

Billy begins to feel free and careful when talking to Amanda. It’s not that he doesn’t feel connected to Victoria, but Amanda is fresh and new.

The Young and the Restless Spoilers: Adam and Phyllis Team Up To Break Up Nick and Chelsea https://t.co/xKDyXk7h2t pic.twitter.com/Xj7KE22Z54

Young & The Restless Spoilers – Is It Really Billy Abbott?

The biggest question on Y&R viewers’ minds is if this is really Billy or could it be his alter? It seems out of character for Billy to go to an unknown dive bar. He usually goes to Society or GCAC.

Billy’s therapist warned if he didn’t deal with his emotional baggage, his alter would return with a vengeance. Do you think Amanda and Billy could be good friends? Is it really Billy talking to her?

The Young And The Restless (Y&R) Spoilers: Fierce Wedding Fallout – Honeymoon Or…