Days of Our Lives Spoilers: Does Clyde Stab His Own Son? Promo Pic Teases Ben Injured as Will Gets Between Felons 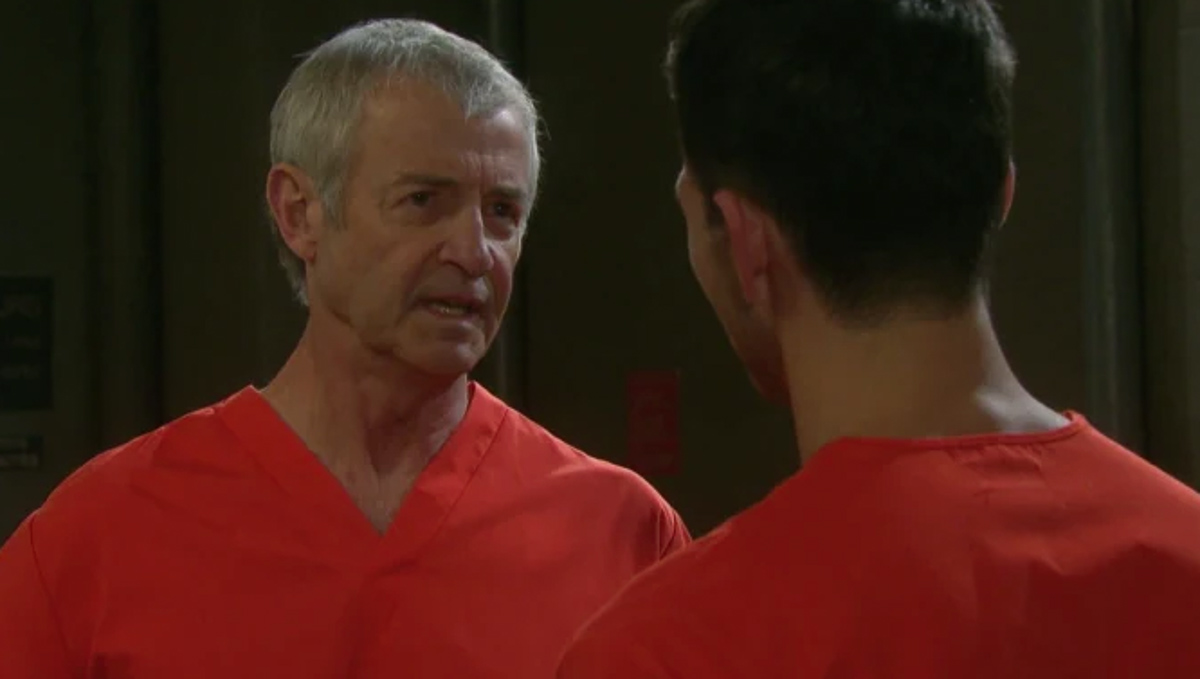 Days of Our Lives spoilers reveal that Clyde Weston (James Read) attacks Will Horton (Chandler Massey). However, could he also go after his own son? A promo picture shows Ben Weston (Robert Scott Wilson) using Will’s jail shirt to put pressure on his stomach, as if it could be a wound. What exactly is going on in that prison and will there be any consequences?

Days of Our Lives Spoilers – Defending Will Horton

DOOL spoilers tease that next week, Clyde will target Will. It is speculated that Clyde blames the jailed Salemite for his kidnapping scheme coming apart. It is also stated that Ben will defend Will and try to protect the young man from his father’s fury.

Clyde is not a patient man and he certainly isn’t an understanding one, either. That’s why he has never won any Father of the Year awards. In fact, Ben can’t stand the fact that he has to deal with his dead while incarcerated.

Now that the kidnapping plan fell apart, he wants someone to blame. At first, he targeted Ben and Ciara Brady (Victoria Konefal). Ben got out of that one, but it means that Clyde is looking for someone else to blame. It appears that it has to be Will Horton.

Days of Our Lives spoilers suggest that not only does Clyde go after Will, he must attack Ben. In a sneak peek photo published in Soap Opera Digest, Ben and Will are sitting down in front of a furious Clyde. Will has his jail shirt off and Ben is holding it tightly against his stomach. He looks like he is in pain. This seems to suggest that Clyde either hurts his own son or Ben gets hurt defending Will.

It appears that Clyde will face some sort of punishment. It is reported that the felon will go back into solitary confinement, so he won’t be seen on-screen for awhile. Could it be due to Ben’s injury? Fans will have to keep watching the NBC soap opera to find out.

Be sure to tune in to catch up on everything happening on DOOL right now. Come back here often for the latest in Days of Our Lives spoilers, updates, news and rumors!