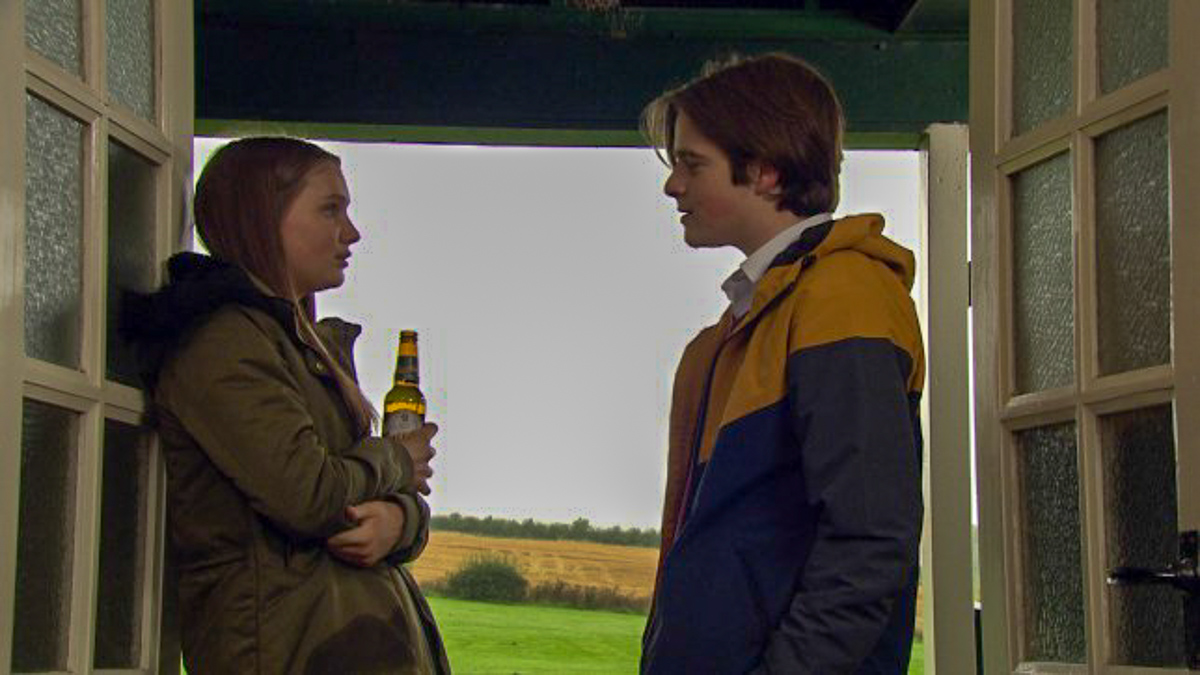 Emmerdale spoilers reveal newcomer and bad boy Danny (Louis Healy) is leading Sarah Sugden (Katie Hill) down a dark path. This is after she already got really sick after taking a mysterious pill that was offered to her. In addition, she had been drinking and due to her health and heart problems, it could have been fatal. She will once again live on the edge.

Fans recall when Sarah lied to Charity Dingle (Emma Atkins) and had a party instead of ordering pizza. Once Danny and his bad boy friends came over, Noah Tate (Jack Downham) became concerned. His concern quickly turned to panic, fear and horror as he watched Sarah get offered a mysterious pill.

She had already been drinking a bit and wanting to impress Danny, she swallowed what she was given. This led to her really being out of it and once Charity came home livid, she threw up bright green puke all over the floor.

It is clear that Danny is up to no good. Some believe that he is grooming Sarah, but what for exactly? He seems like a really bad older boy and his intentions might be more sinister than fan — and Sarah — realize. It seems that drugs are just the beginning.

Emmerdale spoilers reveal that Noah is terrified for Sarah. She is messing with substances she knows nothing about. It’s not just having her mind altered that Noah is concerned about either. All of Sarah’s health problems and heart issues are a factor. Depending on what the drugs are, they could easily kill Sarah, even if other teenagers could handle the pills just fine.

In the upcoming week, Sarah will lie to Charity and sneak off to be with Danny. Noah trails them and watches once again as Sarah is offered drugs. It isn’t known if she takes the pill, but she really doesn’t seem to grasp how serious this is. Fans are worried that Sarah could die or come close to it unless someone steps in.

Be sure to tune in to catch up on everything happening on the soap right now. Come back here often for the latest in Emmerdale spoilers, updates, news and rumors!