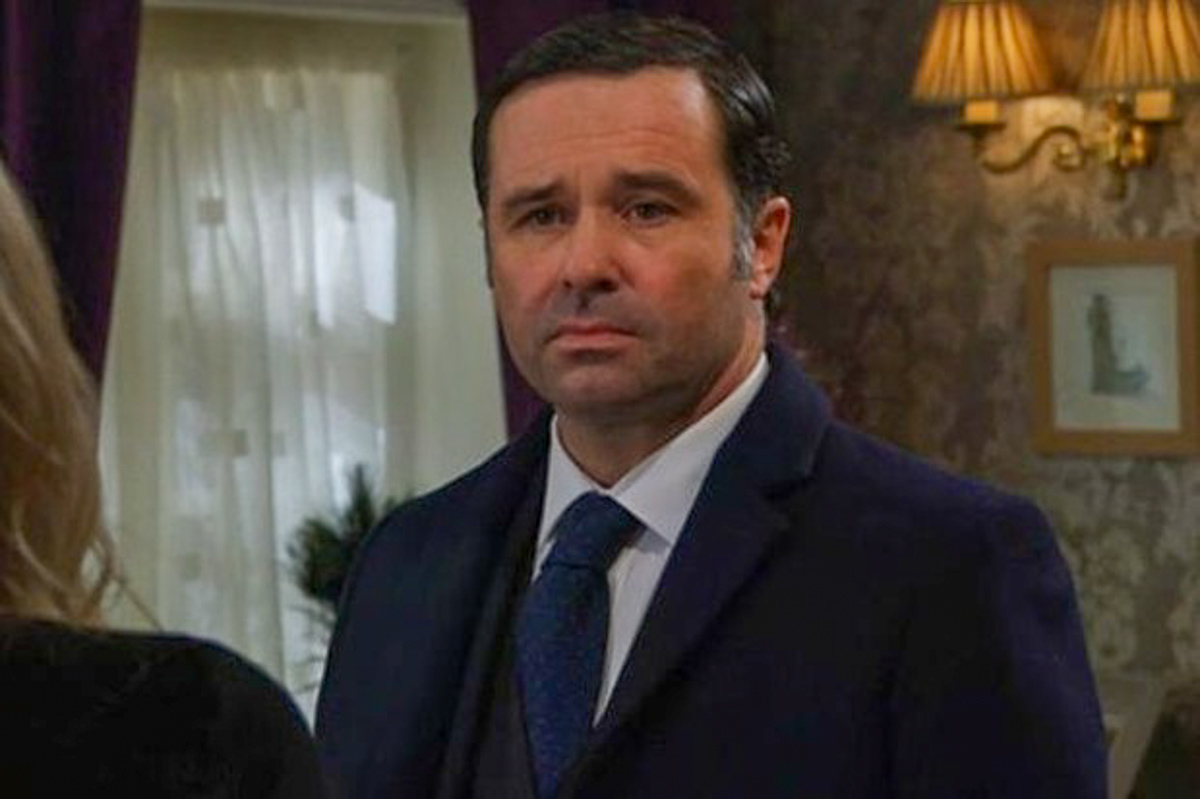 Emmerdale spoilers for Monday, December 2 reveal Moira Dingle (Natalie J. Robb) will get drunk and attend a business meeting. However, she ruins things when her booziness causes her to do something inappropriate. Also, Graham Foster (Andrew Scarborough) prepares to leave town. Keep reading to find out what else is going to happen on the British soap opera.

On Monday’s episode, expect Moira to continue drinking. We saw her chug a bottle of bubbly last week after Cain Dingle (Jeff Hordley) ruined the birthday plans. Things will continue to get worse for her. She is drunk during a business meeting and ends up behaving inappropriately.

However, that won’t be enough to stop her from hitting the booze. Things escalate and Cain will threaten to take the children unless she is sober. The problem is that she tends to drink when she can’t see them. It appears that she is going to have to fight temptation and stay clean if she wants to keep being a mom.

Elsewhere, Graham will prepare to leave due to Kim Tate’s (Claire King) revenge. She is never going to stop and he doesn’t see any other option except to leave. However, there are teasers for later in the week that he could change his mind.

It seems that it has something to do with Kim finding out that Graham is Millie Tate’s (Willow Bell) biological father. Could being a dad change everything for Graham? If so, how will he resolve the issues with Kim? After all, the actor is confirmed to be leaving, so the character has to exit somehow.

Emmerdale spoilers for Monday’s episode of the British soap opera also indicate that Nate Robinson (Jurell Carter) shocks Pete Barton (Anthony Quinlan). He is offered not only a job, but a partnership on Wylie’s Farm as well.

Fans can also look forward to one character making a discovery, while Kim tries to keep her composure.

Which storyline are you looking forward to the most? What do you think will happen with the characters?

Be sure to tune in to catch up on everything happening on the soap right now. Come back here often for the latest in Emmerdale spoilers, updates, news and rumors!