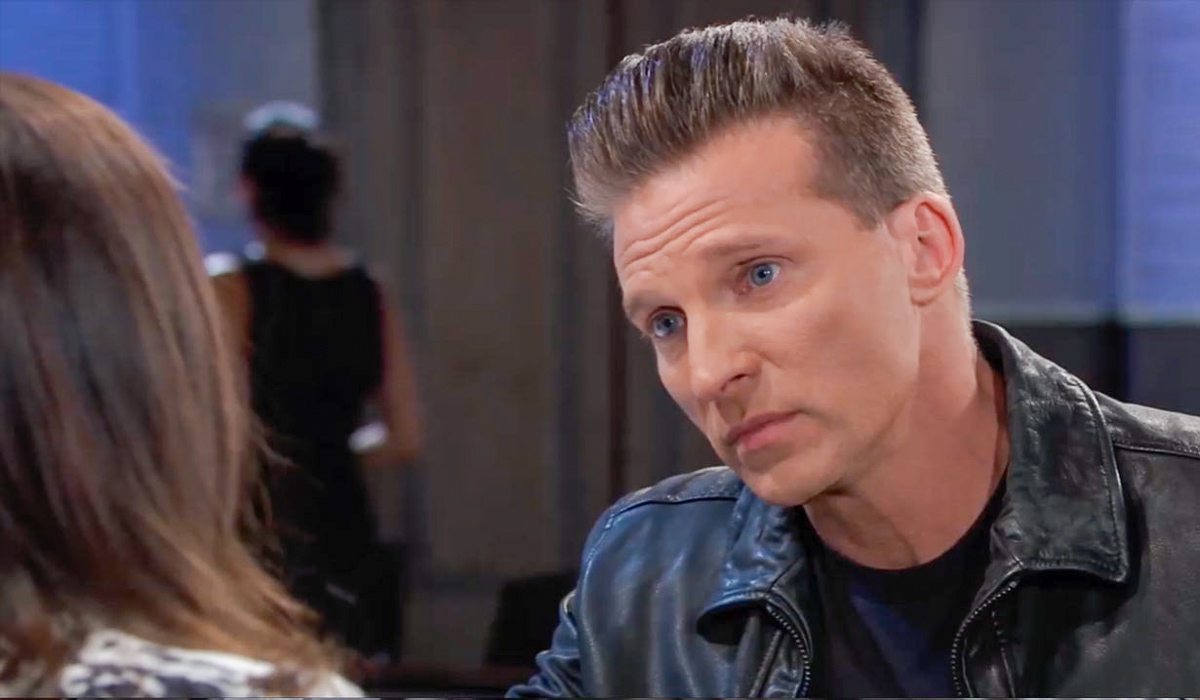 General Hospital spoilers tease that Jason Morgan (Steve Burton) will share his suspicions in an upcoming episode of GH!

As longtime General Hospital viewers will recall, Jason helped raise Michael Corinthos (Chad Duell) as a baby. Now that Michael has had to step up as Wiley Cooper-Jones’ (Erik and Theodore Olson) godfather, and Jason’s son and niece, Danny Morgan (Porter Fasullo) and Scout Cain (Ella Ramacieri) are living at the Quartermaine mansion, which is where Michael lives, Jason is there quite a bit more often than he has been in the past, and he gets a little better acquainted with Wiley, who previously he didn’t have much up close and personal time with although Sam McCall (Kelly Monaco) did, as Wiley’s adoptive aunt.

Lucas Jones (Ryan Carnes) and Sam share Julian Jerome (William DeVry) as a birth father. They also have a younger half-sibling living in the mansion, Leo Falconeri (Aaron Bradshaw) who is the product of Julian and Olivia Falconeri Quartermaine’s (Lisa LoCicero) drunken one night stand one New Year’s Eve a few years ago. The more Jason is around Wiley up close, the more suspicious he becomes that Wiley isn’t who he is thought to be!

Jason knows the basic story of how Jonah Corinthos “died” – he knows that Michael and Detective Harrison Chase (Josh Swickard) set up a very pregnant Nelle Benson (Chloe Lanier) who fled from the car that she thought she had rigged to explode with Michael in it, and went into labor! Then, when she was found she was holding a dead baby boy she said was hers and Michael’s, and had named him Jonah.

There are some others that know the truth, Julian and Liesl Obrecht, (Kathleen Gati) who delivered Jonah, that Brad Cooper (Parry Shen) had come across Nelle and was going to give her and the baby a ride back into Port Charles, but she suggested that he give her the dead baby in his back seat and he take Jonah. Nelle didn’t want Jonah to be raised by Michael or the Corinthos family, and thought he would be better off with Brad and Lucas; apparently she didn’t know that Lucas is Carly’s adopted brother!

Jason begins to notice some very telltale signs in little Wiley. Some GH viewers may wonder why Carly Corinthos (Laura Wright) hasn’t noticed these very Michael-like behaviors and other traits, but that is because she went into a deep post-partum depression and was afraid to even touch Michael until he was over a year old; and she left town for awhile as well. Jason named Michael and he and Bobbie Spencer (Jacklyn Zeman) cared for and raised Michael until Carly was back in town and able to cope.

Bobbie may be noticing some things when she cares for Wiley as well, but she may chalk it up to Michael being around Wiley a lot as he has gotten older. Jason, however, is more fine-tuned into little nuances in personalities and also seems to have a sixth sense into when something is not as it should be. Jason will tell Michael about what he has noticed in Wiley, and perhaps convince him to look into it further.

If a DNA test were to be taken or even a blood test, he should match Willow Tait (Katelyn MacMullen). Shiloh Archer’s (Coby Ryan McLaughlin) DNA is probably somewhere within the Port Charles Police forensics department and Wiley should match his too; but, of course it will not! Will Jason be the one who cracks the baby swap case or has the truth died with Brad?