The Bold And The Beautiful Spoilers: Steffy’s Confrontation Of Hope Revealed, Plus Has She Forgiven Thomas? 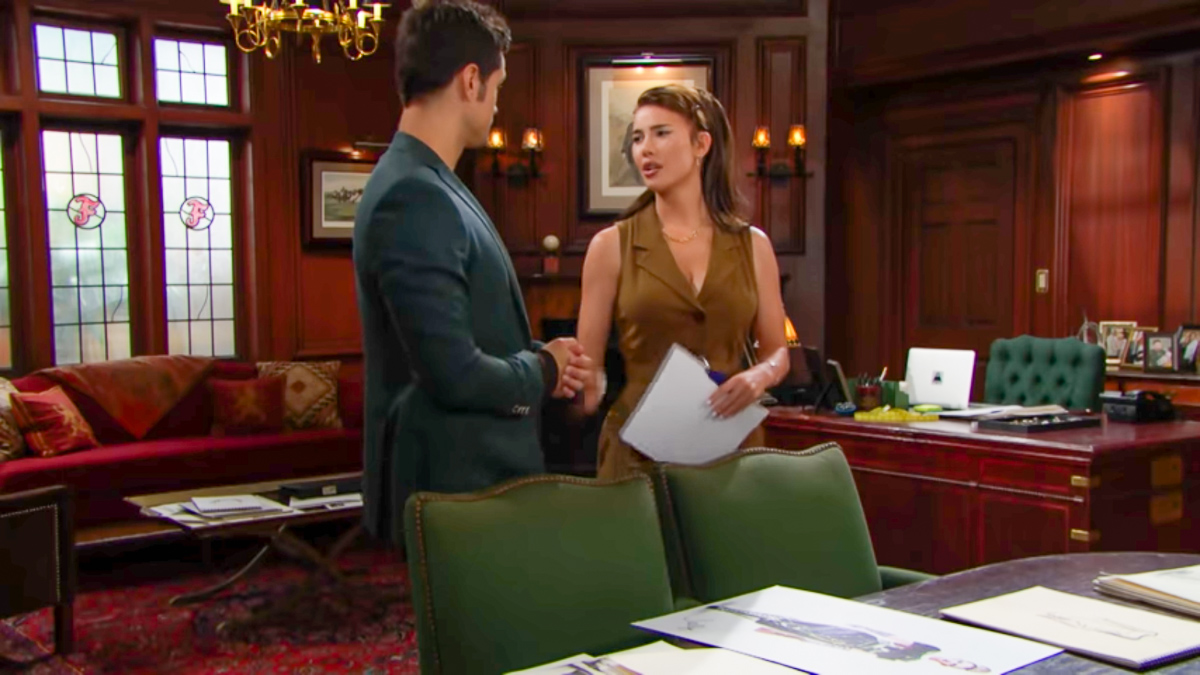 The Bold and the Beautiful spoilers reveal the details of what happens when Hope Logan (Annika Noelle) is confronted by Steffy Forrester (Jacqueline MacInnes Wood). Plus, has Steffy forgiven Thomas Forrester (Matthew Atkinson) for his role in the “PhoeBeth” scheme? Keep reading to find out the details regarding this storyline.

B&B spoilers tease that Steffy has discovered Hope kept Thomas’ “death” a secret. Even though he really didn’t pass away, Hope thought he had. She should have said something. She could have told Ridge Forrester (Thorsten Kaye), Liam Spencer (Scott Clifton), called 911 or even told a member of the crew at Forrester Creations. However, she did none of those things and Steffy is angry about it.

During the confrontation, Steffy will really lay into Hope. However, the young woman will justify her behavior. She will blame others, including her own mother Brooke Logan Forrester (Katherine Kelly Lang). Anything to avoid taking personal responsibility.

This is just like when the two women faced off over “PhoeBeth” and Liam Spencer. It’s just a slightly different topic, but the underlying anger from their past is still bubbling under the surface.

The Bold and the Beautiful spoilers reveal that Steffy hasn’t forgiven Thomas completely. However, that is her brother. Steffy’s issues with Thomas are hers alone, but when it comes to other people messing with him, she’s going to stand up for him. Unfortunately, she doesn’t know the full scope of Thomas’ deceit and that makes this a really complicated situation.

It is teased that there will be a lot more manipulation and scheming coming in the next few weeks. However, can anyone really do anything about it until it’s too late? That is the big question and we will have to wait and see how Hope handles Thomas in the near future.

What do you think is going to happen with Steffy, Hope and Thomas? How bad are things going to get before they get better?