The Young And The Restless Spoilers: After Billy Runs Into Amanda At The Dive Bar, Then Get Stranded Together 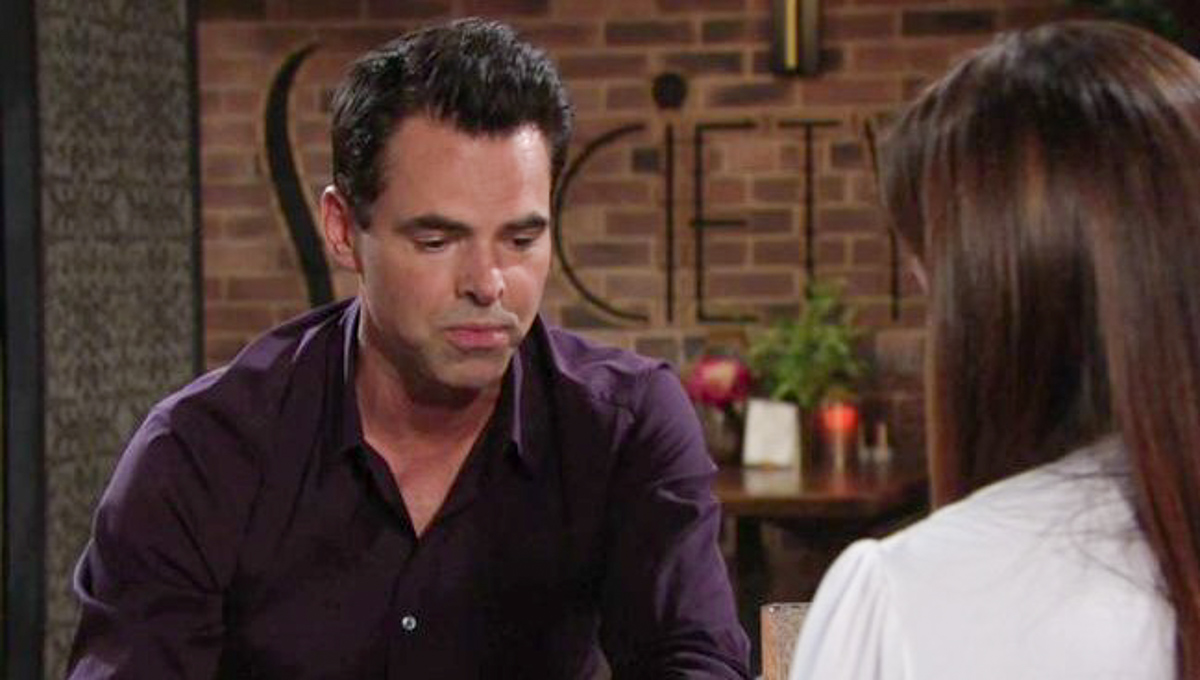 On “The Young and the Restless,” Billy Abbott (Jason Thompson) and Amanda Sinclair (Mishael Morgan) will run into each other in an out of the way dive bar. The two will feel comfortable with each other and later, they’ll find themselves stranded as they wait out the storm. What happens next?

In an interview with Soap Opera Digest, Thompson said, “He’s having a little bit of an identity crisis. Leaving Jabot and spending time at home with no real purpose leaves him feeling somewhat cornered in his own life and he’s trying to figure out who he is.”

The actor added that his alter ego feels very comfortable with Amanda and viewers have to find out if their chance encounter leads to something more.

Victoria Newman (Amelia Heinle) reaches out to Billy Abbott (Jason Thompson) and tries to help him figure out his future. After playing a word association game, she tells Billy to talk to Nick Newman (Joshua Morrow) about New Hope. However, Billy will opt to find something on his own and he will head out when Victoria gets busy in a call.

He’ll stop at a dive bar where he’ll notice Amanda. “The Young and the Restless” spoilers tease that Amanda will assume that Billy thinks she’s Hilary. He’ll notice a drunk man come up to her and he’ll step up to try and help her. However, Amanda handles the situation herself, making it clear that she doesn’t need Billy’s help.

But, she’ll appreciate the gesture and offers to buy him another drink. He’ll decline and say “maybe next time.” They both exchange smiles before Amanda heads out of the bar. However, the pair will find themselves stranded together. With Victoria having no luck in contacting Billy, the latter may get himself in a lot of trouble once he gets back.

Devon will feel more irritated when Elena Dawson (Brytni Sarpy) brings Neil Winters (Kristoff St. John) into the conversation and say that he wouldn’t want him to seek revenge. He’ll feel even more frustrated when she says she’s not convinced about Cane Ashby’s (Daniel Goddard) guilt.