The Young and the Restless Spoilers: Chelsea Chooses Adam Over Nick, Is She Making A Mistake? 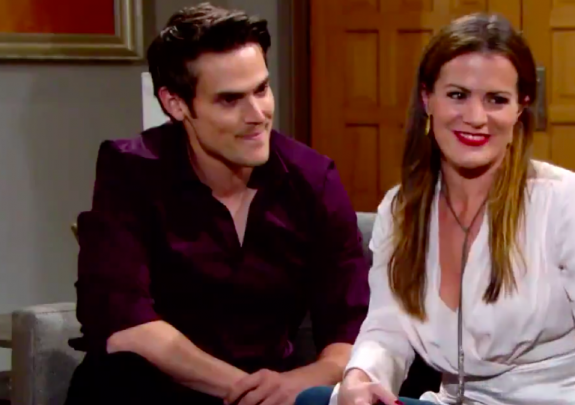 The Young and the Restless spoilers tease that Chelsea Newman (Melissa Claire Egan) will be forced to make a decision, but it she making the right one? That’s what a lot of fans can’t help but ask as it looks like she will be packing her bags and moving out of one Newman brother’s place just to settle down in another. Here’s what you need to know.

They say that location is very important, but for someone like Chelsea, it looks like she is putting her son Connor and his needs over her own, which is what any mother in her position would do. Seeing how Connor is now suffering from PTSD, she has made the decision to move out from Nick Newman’s (Joshua Morrow) place so she could move in with Connor’s biological father, Adam Newman (Mark Grossman).

The Young and the Restless spoilers tease that Nick will be left pretty surprised when Chelsea shares her plan. After all, one doesn’t usually put ‘stability’ in the same sentence as Adam Newman’s name.

Head writer Josh Griffith puts it this way to Soaps in Depth in a new interview, “Nick believes that Adam is up to his usual tricks and manipulating Chelsea into making this decision. Chelsea does her best to reassure Nick that this is her decision, but he is not convinced.”

For Chelsea, she insists that she only wants to help Connor. She’s not looking to move in with Adam because of any left-over feelings she might have for him. At least, that’s what she’s trying to convince other people. Griffith adds, “While Connor has made come progress since Chelsea has been spending a lot of time at the penthouse, she realizes that he still has a long way to go. While Chelsea knows that Nick is upset at the thought of her moving out, she is very clear that she will always put Connor first.”

With that said, time will only tell if Chelsea’s decision will prove to be a good one. For now, The young and the Restless fans will have to tune in everyday to find out what will happen next!