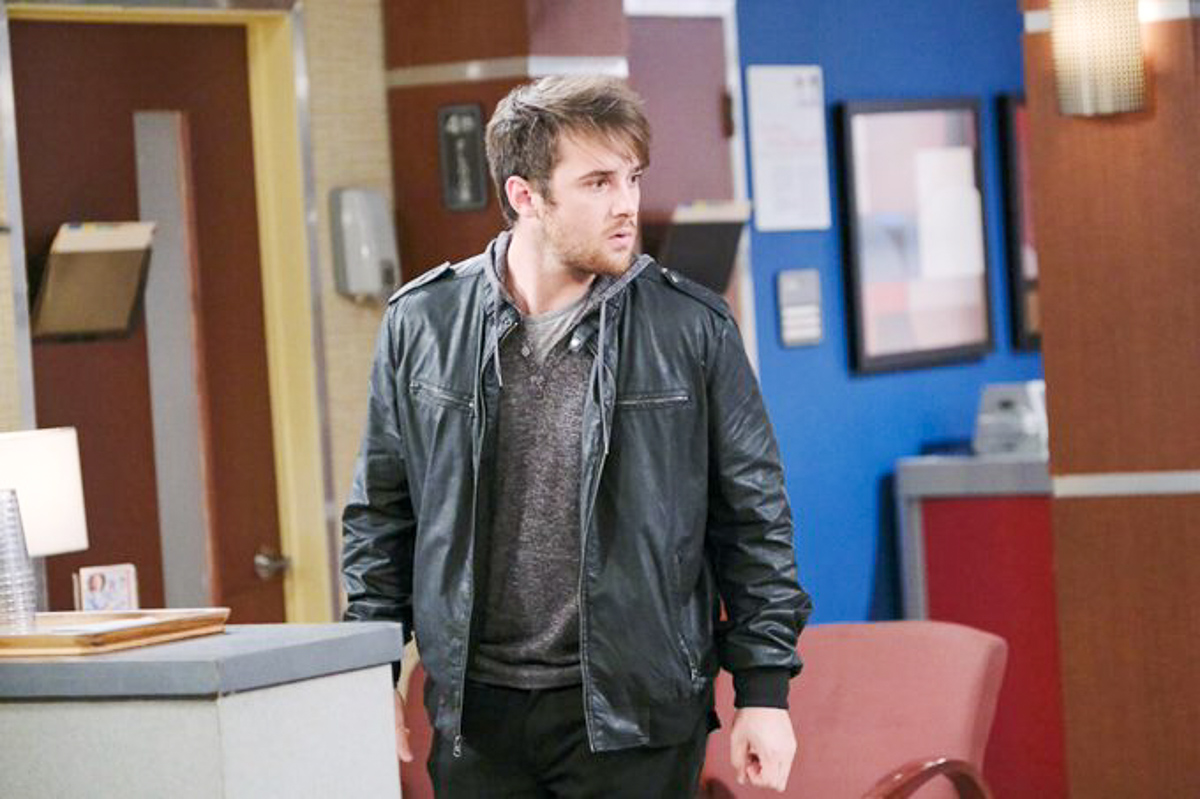 Days of Our Lives spoilers tease that JJ Deveraux (Casey Moss) wants to hunt down Kristen DiMera (Stacy Haiduk) and he wants to do so with deadly intentions! He will take steps to do so in an upcoming episode of Days of Our Lives!

Even though the specific details have not yet been revealed, JJ blames Kristen for the death of Haley Chen (Thia Megia) his girlfriend. He says she murdered Haley although all evidence indicates it was an accident. This caused JJ to fall apart – it was too much for him for Haley to die while his mother, Jennifer Deveraux (Melissa Reeves) was in a year-long coma at the same time, and no one knew if she would ever wake up; JJ deteriorated, went into a deep depression and became addicted to prescription medicine – or it could be street drugs in the form of capsules just carried in a prescription bottle!

Days of Our Lives viewers will recall from a recent episode that his sister Abigail DiMera (Kate Mansi) tried to talk to her brother about what happened to Kristen, after he overheard Julie Williams (Susan Seaforth Hayes) talking about Haley “passing away) and how JJ had “lost his sparkle”. He had corrected Julie, saying she was murdered by Kristen. Julie understood and squeezed his hand. Abby brought up to him how she hates that she was the one who had to tell him Haley was dead when it happened. JJ said that he doubted Kristen felt any guilt for killing Haley. Then he asked his sister if her husband, Chad DiMera (Billy Flynn) had kept in touch with Kristen. Abigail wanted to know why but then JJ got upset and took off.

JJ wants revenge; and he is determined to get it! He will hunt down and get his revenge on Kristen DiMera if it is the last thing he does, even if it means traveling the world to do so! Of course, he doesn’t know that Kristen is in a convent, the same one as Lani Price (Sal Stowers) and that Kristen is deeply wounded after the loss of she and Brady Black’s (Eric Martsolf) baby. There seems to be a connection between the death of their little girl and the death of Haley, but it is not quite spelled out.

Kristen likely went berserk when their baby died, after waiting so long to finally carry a baby through a whole pregnancy, and she and Brady were finally together, and it appears that somehow Haley died after falling down some stairs. It’s possible that Kristen may have been insane with grief and tried to exit using stairs and collided with Haley, who must have fallen in a way that possibly her neck was broken or she could have suffered a traumatic brain injury and died later.

In the “Day of Days” promo JJ was shown disheveled and pointing a gun, so it appears that when he eventually does track Kristen down that he will go gunning for her!