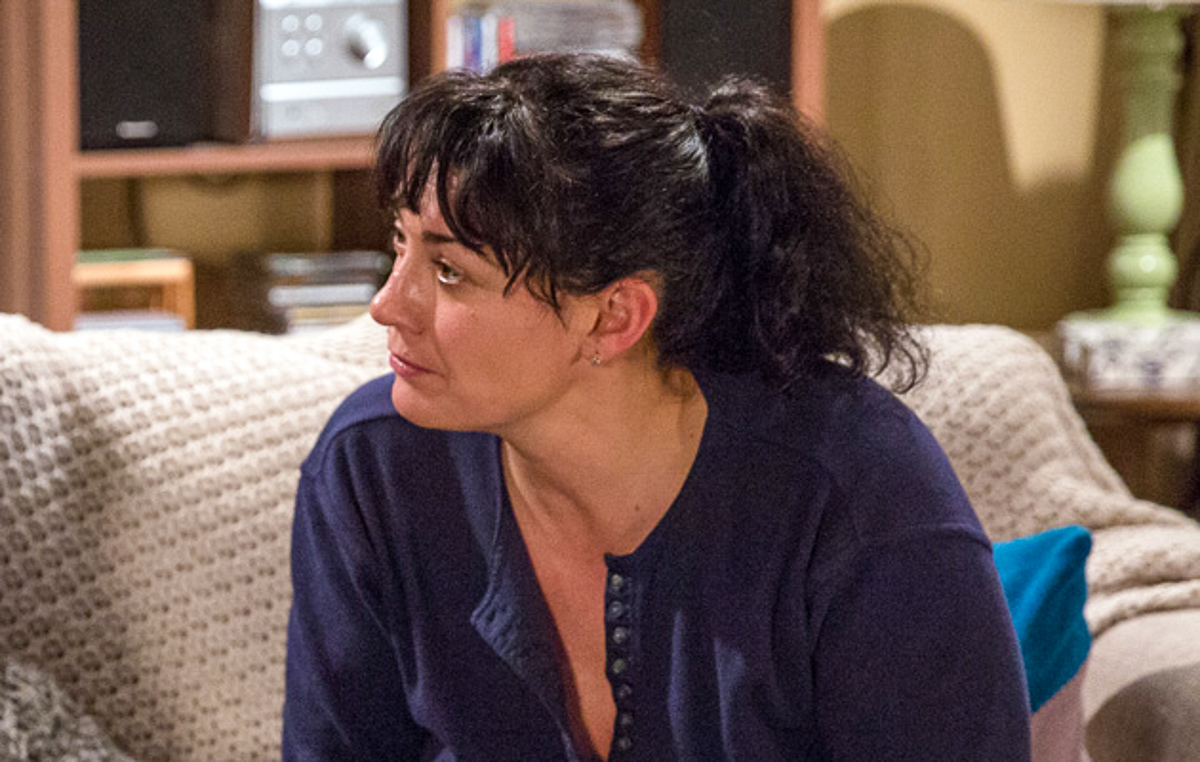 Emmerdale spoilers reveal Moira Dingle (Natalie J. Robb) is determined to prove to Cain Dingle (Jeff Hordley) that she is a fit mother. Meanwhile, how can Noah Dingle (Jack Downham) help Sarah Sugden (Katie Hill) before tragedy strikes? Should he tell someone about what she is really up to?

Ever since Cain found out about Moira’s affair, he has made some decisions that are heartbreaking to the woman. However, people really can’t blame him after she repeatedly slept with Nate Robinson (Jurell Carter). In a twist, fans soon discovered that Nate was actually Cain’s son.

Now, there are custody issues and Moira has been reacting by taking to the bottle. It also didn’t help that Nate stopped by to drop off a present for the children’s birthday party. At that moment, Cain just happened to drive by and saw the two together. However, he wouldn’t even listen to her explanation.

Even though Moira has been drinking quite a bit, she is still determined to prove that she is a fit mother. She will continue to try and prove it, even after she ruins a business meeting with her drunkenness. Cain has concerns and will keep the kids from her until she shapes up. However, will she be able to find healthier ways to cope with the destruction of her marriage?

Elsewhere, Emmerdale spoilers tease that Sarah will continue taking serious risks with her life. Fans saw last week what happened after she drank and took a mysterious pill that was offered to her by bad boy and newcomer Danny (Louis Healy). Next, find out what happens when Sarah sneaks off to be with Danny. She will once again be offered drugs and just like last time, Noah witnesses the entire thing.

Noah is a teenager and isn’t equipped to deal with Sarah’s bad decisions. However, things can get lethal for Sarah due to her health and heart problems. Danny could end up killing her one of these days. Noah needs to tell an adult what is going on. Will he finally betray and enrage Sarah by revealing the truth to Charity Dingle (Emma Atkins) or another adult? Let’s hope so before something tragic happens, like Sarah losing her life.