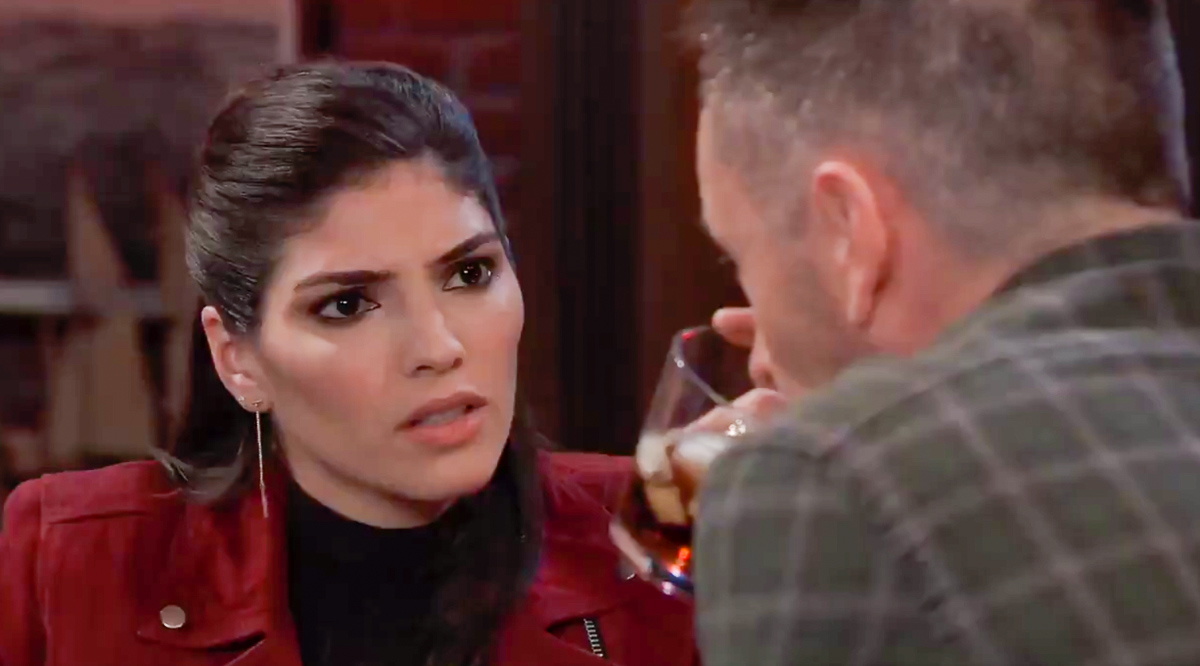 General Hospital spoilers tease that Brook Lynn Ashton (Amanda Setton) is running from someone, but who? It’s not like the brash Bensonhurstite to be afraid of anyone, but she’s definitely got a stalker after her if not an abusive boyfriend!

General Hospital viewers will recall that when Brook Lynn first showed up in Port Charles, she showed up at Charlie’s Pub to get some drinks. She also was on the phone to someone telling them not very politely to take a long walk off a short pier and leave her alone!

Brook has been a singer and songwriter touring, and all of a sudden she stops the tour and comes back not to Bensonhurst, and her mother, Lois Cerullo (Rena Sofer) but to Port Charles and Daddy Ned Quartermaine (Wally Kurth)! That would seem to indicate the person that she’s trying to get away from is either in Bensonhurst or knows she lives there and had found out where she lives! This sounds like it must be either an abusive boyfriend, or possibly a stalker!

GH Spoilers – Someone Is Obsessed With Brook Lynn Ashton

Someone is undoubtedly obsessed with Brook Lynn Ashton! She did actually live in Port Charles for a while, long enough to have dated Lucas Jones (Ryan Carnes) before he came out, Johnny Zacchara, (Brandon Barash) tried to seduce Dante Falconeri (Dominic Zamprogna), hence the big blow-up with Lulu Spencer (Emme Rylan) at Thanksgiving; and Nikolas Cassadine (Marcus Coloma)!

Nikolas had actually hired her to be his date at business functions, and the two started falling in love with one another and she moved into Wyndemere. Elizabeth Webber (Rebecca Herbst) had kept getting in the middle of them, and Nikolas resisted, but when her son Jake Webber (Hudson West) was presumed dead then Nikolas began focusing on his half-brother Lucky Spencer (Jonathan Jackson) and Liz instead of Brook Lynn, and she left town pursued the offer she had received to tour with a Latin band.

In January 2015 she returned briefly and babysat Leo Falconeri (Aaron Bradshaw) and had sold her ELQ shares to Kyle Sloane (Robb Derringer) for Nikolas. She presumably left town again and went back to touring since she was not mentioned again until she showed up this time.

General Hospital Spoilers – Could This Stalker Show Up In Port Charles?

Brook probably feels safe in the Quartermaine mansion living with her father because she knows that there are security guards – every wealthy family has security guards whether they are ever seen or mentioned. The Quartermaines may not have as many as the Corinthos family, but they are bound to be there along with a security system.

She’s a feisty girl and acts like she is more annoyed with this stalker than she is afraid, but then that’s likely a Bensonhurst thing. Plus, as has been mentioned, Brook Lynn is the Quartermaine the most like her grandmother, Tracy Quartermaine (Jane Elliot) and nobody messes with her either!