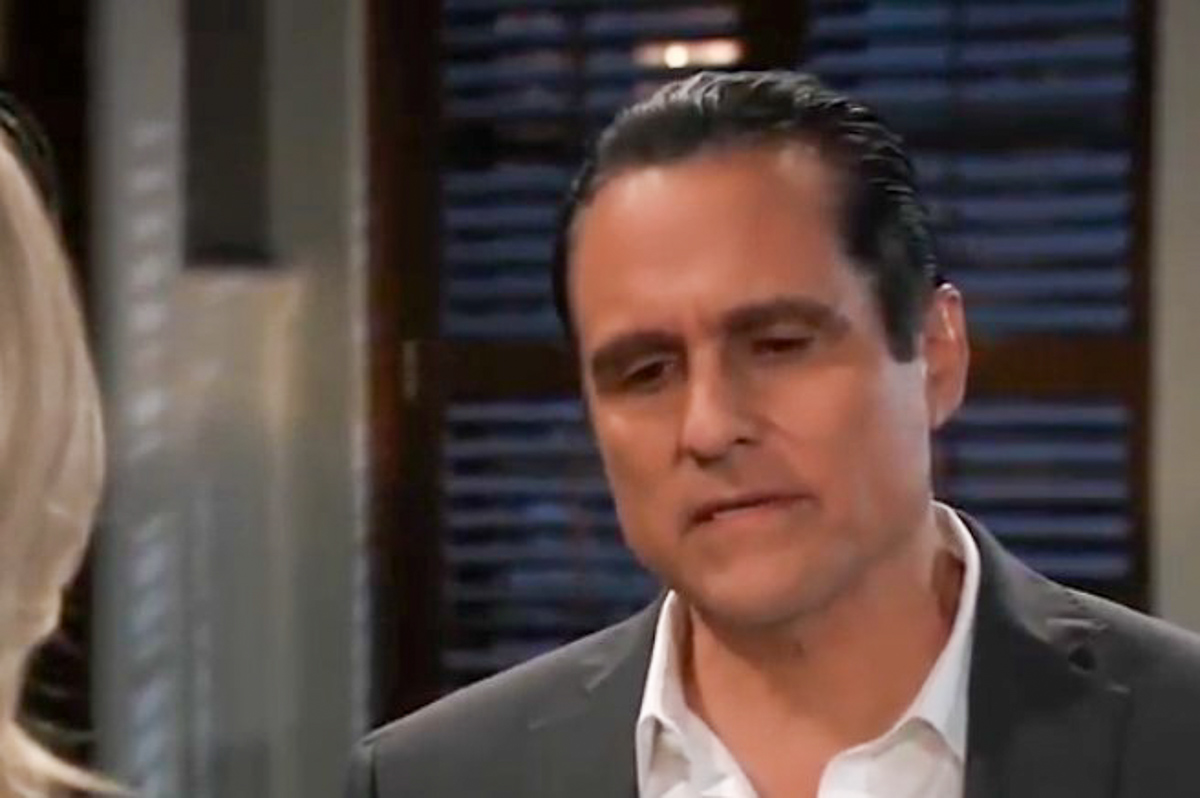 General Hospital spoilers tease that Sonny Corinthos (Maurice Benard) will be grateful in an upcoming episode of GH!

Sonny can of course be grateful for the support of family and friends through the difficult time of his father, Mike Corbin’s (Max Gail) progressing into the last stages of Alzheimer’s disease. He can also be grateful that he has had the time with him that he has had, after taking him into his home for nearly a year before he had to of necessity put him in Turning Woods Memory Care Home.

Mike has enjoyed his time over at Turning Woods and even got “married” to his “girlfriend” although of course, the “wedding” was not legal, but just a way of letting two old people who were on their last mental legs enjoy each other and have a little fun!

At first, Sonny had resisted the idea of putting his dad in a home, feeling that the Corinthos compound had plenty of security and that his dad would be safe there. However, he had to rethink that idea after Mike slipped out and evaded all the guards and the cameras, a couple of different times, once taking Avery Corinthos-Jerome (Avery and Grace Scarola) with him, spending the night in a horse stable thinking she was his daughter Courtney Matthews (Alicia Leigh Willis) as a little girl!

No one was hurt and Avery apparently had a good time with Grandpa Mike, but his increasing breaks with current reality were endangering him. Another time he even escaped from Turning Woods, along with “his girlfriend”, Yvonne Godfrey (Janet Hubert) but they were intercepted by former DA Margaux Dawson (Elizabeth Hendrickson) at a local movie theater, and she contacted Sonny to come and get them! Since that time, Mike has continued to deteriorate and even became confused in a recent General Hospital episode thinking he was supposed to put jigsaw puzzle pieces in his shoes, which he had taken off and was confused by the whole process of what belonged with what!

Sadly, Mike has greatly deteriorated within the last few weeks, having been diagnosed with the terrible disease not quite two years ago. Sonny brought him home for Thanksgiving dinner, and he barely knew what was going on; Sonny tried to put his arm around him and he became combative, pushing him away, telling Sonny to get off him, and knocking over a table full of food in the living room and breaking some glassware! Michael Corinthos (Chad Duell) had come over with Wiley Cooper-Davis (Erik and Theodore Olson) and saw what happened, and after putting Wiley down with the nanny, he helped his grandfather up to his room there so he could nap.

Sonny thought better of it and asked Carly Corinthos (Laura Wright) to call Turning Woods to let them know he was going to bring Mike back over there, deciding that he wasn’t safe there – or at least he didn’t feel safe there. But, Sonny is grateful for the time that he has had with his father before Mike deteriorated to this point!