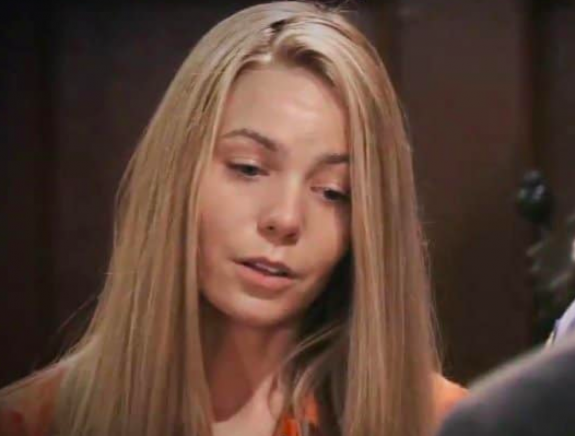 General Hospital (GH) spoilers for Thursday, December 5, tease that Brad Cooper (Parry Shen) will battle guilt over Lucas Jones’ (Ryan Carnes) ordeal. Lucas is in a medically induced coma, so all his loved ones can do is wait and worry. Sonny Corinthos (Maurice Benard), Carly Corinthos (Laura Wright) and Epiphany Johnson (Sonya Eddy) will all be on hand to support Brad as he continues to reel.

GH Spoilers: Brad Cooper Insists Its All His Fault

When Brad insists this is all his fault, Sonny will wonder why Brad thinks so. Brad may feel like all the secrets and arguing built to this nightmare – especially when he blurted out the truth about “Wiley Cooper-Jones” (Erik and Theo Olson). Since the brakes were out, Lucas didn’t any distractions working against him.

Brad obviously won’t want to divulge the truth about Jonah Corinthos to his grandparents. He’ll probably just contend that his actions led to them being in that car and put them in danger. However, GH fans know there’s fa more to the story. Julian Jerome’s (William deVry) the one who cut the brakes on Brad’s vehicle, and Harrison Chase (Josh Swickard) could be hot on his trail soon enough.

In Thursday’s episode, Michael Corinthos (Chad Duell) will ask Chase if he thinks someone could’ve done this on purpose. The look on Chase’s face will suggest he certainly believes so. Julian was already acting suspicious at GH, so he could find himself at the top of the suspect list before long.

Other General Hospital spoilers say Sasha Gilmore (Sofia Mattsson) will once again bring up Willow Tait’s (Katelyn MacMullen) pregnancy test results. This has to be one of the most drawn out pregnancy scares of all time! Nevertheless, it appears answers are finally coming. Despite earlier info that suggested Willow had a bun in the oven, the latest insider info points to it being a false alarm. There’s a good chance Willow isn’t pregnant, but tune in to hear the truth straight from Willow.

At Pentonville, Nelle Benson (Chloe Lanier) will catch up with her new cellmate. Sam McCall (Kelly Monaco) will be less than thrilled when she’s forced to bunk with Nelle, but she’ll have to make the best of it. While Nelle and Sam clash, Nina Reeves (Cynthia Watros) will be taken aback by Ava Jerome’s (Maura West) fragile state. Ava will be a mess at Shadybrook, where Nikolas Cassadine (Marcus Coloma) tricked Ava into thinking he paid her a visit from hell.

GH Spoilers: Nickolas Cassadine Tells Ava Jerome That He Was There With Kiki Jerome

Nikolas also told Ava that he was there with Kiki Jerome (Hayley Erin), whose soul couldn’t rest until Ava made amends. The news obviously left Ava deeply distraught, so she’ll spill at least part of the story to Nina on Thursday. A stunned Nina will ask who told Ava that Kiki was in hell, but will Ava divulge that it was Nik? Either way, a huge clue will be under the bed just beside them.

Nina will comfort Ava on the floor of her room – and GH fans saw that Nikolas dropped his Cassadine ring there. It seems likely Nina will discover it and start putting this puzzle together. Across town, Jasper “Jax” Jacks (Ingo Rademacher) will once again be furious over Nikolas’ recklessness and horrible choices. He’ll rip into Nik for staging the attack on Hayden Barnes (Rebecca Budig), but he won’t even know about the dropped ring yet!