The Bold and the Beautiful Spoilers: Thomas Plans To Reinvigorate Hope For The Future 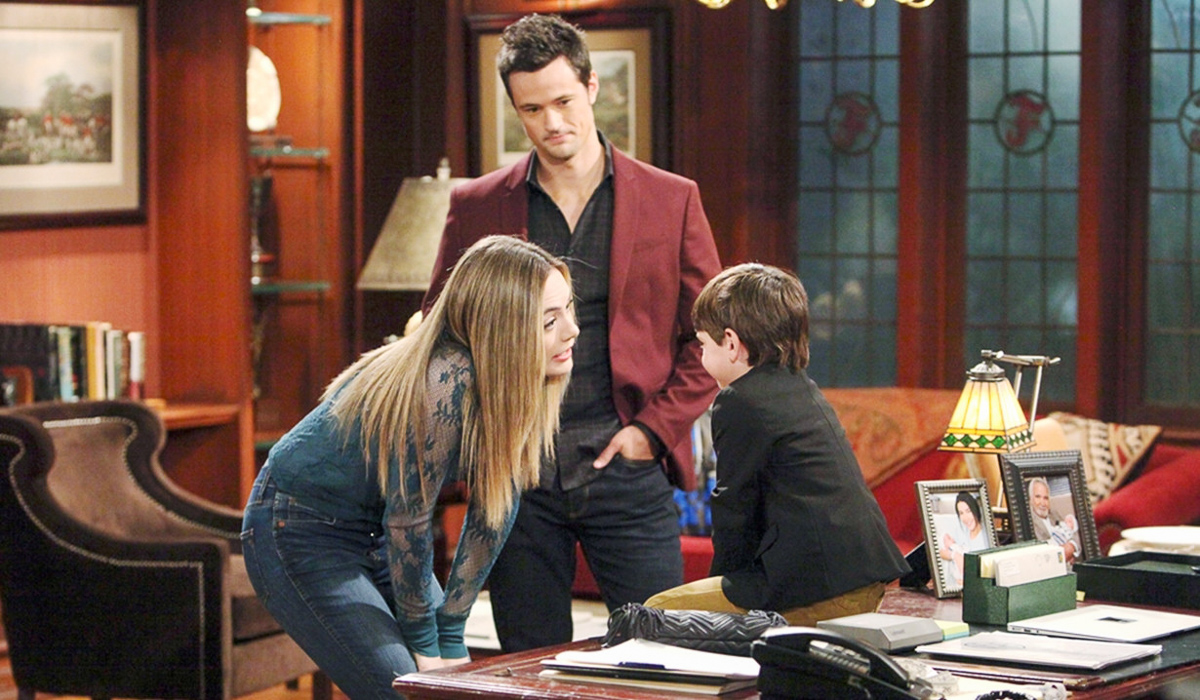 The Bold and the Beautiful (B&B) spoilers tease that Thomas Forrester (Matthew Atkinson) will be a man on a mission. As B&B viewers know, Thomas pulled off a big stunt recently. He stayed hidden for 24 hours after a terrible accident occurred at Forrester Creations. Hope Logan (Annika Noelle) inadvertently pushed Thomas into a vat of what she believed was hydrofluoric acid, and Thomas stayed away in order to prove a point.

He wanted to demonstrate for Hope that sometimes good people make bad decisions, and she played right into his hands by failing to tell anyone about the accident during those 24 hours. As B&B viewers know, that seemed to move Hope, and she has softened toward Thomas somewhat, and she seems to have even abandoned her plot to get full custody of Douglas Forrester (Henry Joseph Samiri).

Well, now that Thomas is back and he and Hope will have to have constant contact about Douglas, they will be spending a considerable amount of time together. That’s something that won’t make Liam Spencer (Scott Clifton) too happy, but there won’t be much he can do about it. And if Thomas has his way, he and Hope will be spending even more time together at Forrester Creations.

The Bold and the Beautiful spoilers say that Thomas will put forth a big effort to try to get Hope to work with him on a daily basis at Forrester Creations. As B&B viewers know, Thomas is an up-and-coming designer at the fashion house, and of course Hope has her Hope For The Future line that she’s had on the back burner for a while now. It looks like Thomas may try to reinvigorate the line, and of course he’ll want Hope’s input.

And if Hope agrees to working with Thomas on the line, that will put the two together all the more – something that Hope may still feel leery about doing. But according to B&B spoilers, Thomas will pull out all the stops to try to get Hope to say yes and work together with Thomas on the Hope For The Future Line. In fact, it seems that he’ll even get Douglas involved in making a plea for his new mommy to work with his dad.

It will be a sneaky tactic, but Douglas seems to be able to persuade Hope to do things, so it just might work. One wonders about the effect it will have on Hope’s relationship with Liam, though. As B&B viewers know, Liam has just gone back to work at Spencer Publications, so he won’t be around Forrester Creations to keep an eye on what’s going on with Hope and Thomas, which will probably worry him.

At any rate, it will be interesting to see what happens with Hope and Thomas going forward. We’ll see if they end up working together, and how that goes. Something tells us that Thomas will do his best to make a good impression on Hope and get in good with her. Do you think that Hope will say yes to working with Thomas on the Hope For The Future line?