Days of Our Lives Spoilers: Hope Brady Leaving Salem – What Does This Mean For Princess Gina? 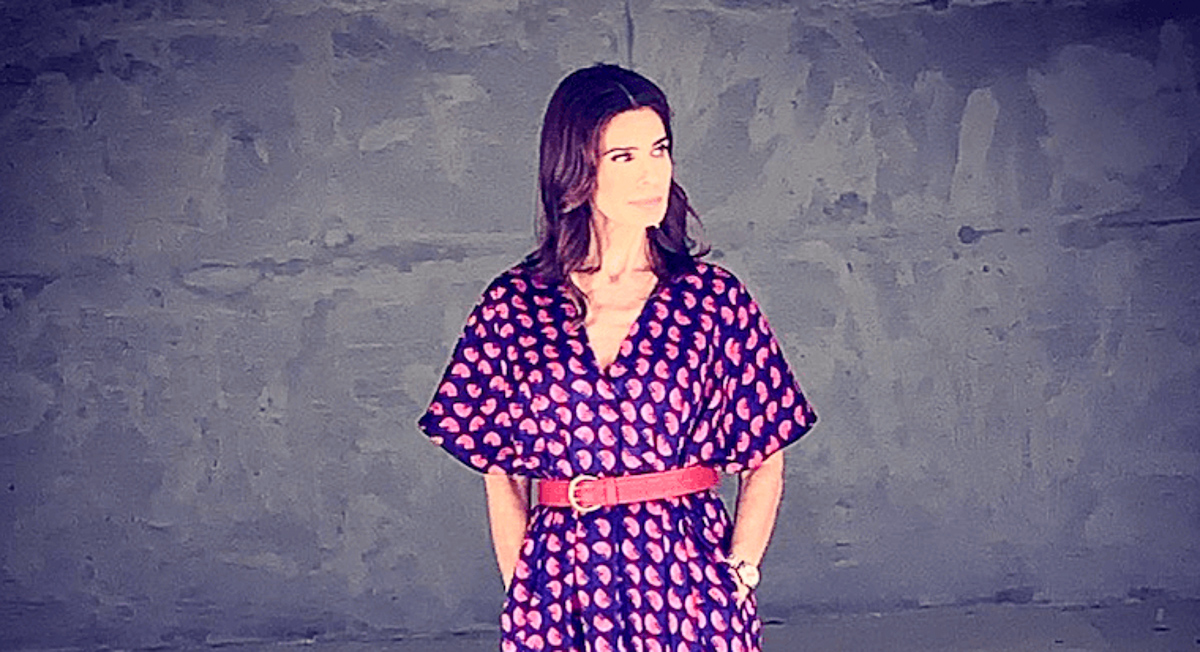 Days of Our Lives spoilers tease that “Hope Brady” (Kristian Alfonso) otherwise known – or, UNKNOWN – as Princess Gina, will start to feel the heat and make plans to leave Salem in an upcoming episode of Days of Our Lives!

As Days of Our Lives viewers will recall, Hope has been Princess Gina for over a year now! Since the one year time jump, “Hope” has again become Salem Police Commissioner with no one the wiser; the only person that knew Hope had been turned into Princess Gina was Jennifer Deveraux, (Melissa Reeves) who had stolen Dr. Wilhelm Rolf’s (William Utay) flash drive with all the plans and procedures for turning Hope into Gina, and possibly those for turning Steve Johnson (Stephen Nichols) into Stefano DiMera (Stephen Nichols) as well! This is why Gina pushed Jennifer over the balcony of The Bistro on her wedding day, landing Jennifer in a one-year coma!

Hope’s behavior started becoming more and more bizarre even before the time jump, with her not responding appropriately to the news that her older sister/stepmother Julie Williams (Susan Seaforth Hayes) had nearly died! Hope’s father, Doug Williams (Bill Hayes) was shocked at Hope’s lack of worry or fear concerning Julie’s near death. More recently, however, more people have started questioning why Hope seems so strange; Dr. Marlena Evans (Deidre Hall) for one; she found Hope’s behavior around her husband John Black (Drake Hogestyn) to be very odd, and even suspicious!

Then, when Abigail DiMera (Kate Mansi) wanted to look further into Jennifer’s case, Hope resisted. Jennifer started to recall the moments before her fall in spite of it, and remembered Hope being there, but not everything at first. Rafe Hernandez (Galen Gering), Hope’s ex-husband, then started questioning her behavior; and then when Abigail brings Jennifer back to The Bistro, hoping to jog her memory even more, “Hope” starts to feel the heat!

“Steffy” is fine on his own now and Princess Gina has finished his portrait, so it will be up to him when he decides to reveal himself in public. Even though Princess Gina longs for and wants to revive a romantic relationship with John, with more and more Salemites starting to suspect that “Hope” isn’t who she appears to be, and Rafe in particular being suspicious, she knows that she could soon be a target of police interest, even though technically she could deny or shut down any investigations because of her status as Police Commissioner.

If the possibility of Rafe snooping around and exposing her as Princess Gina isn’t enough, the threat of Abigail DiMera digging up the truth and her mother Jennifer Deveraux’s full memory of who pushed her over the balcony railing is becoming more and more a possible reality, and she knows she better get out of Dodge – or, Salem, that is – before she’s exposed!