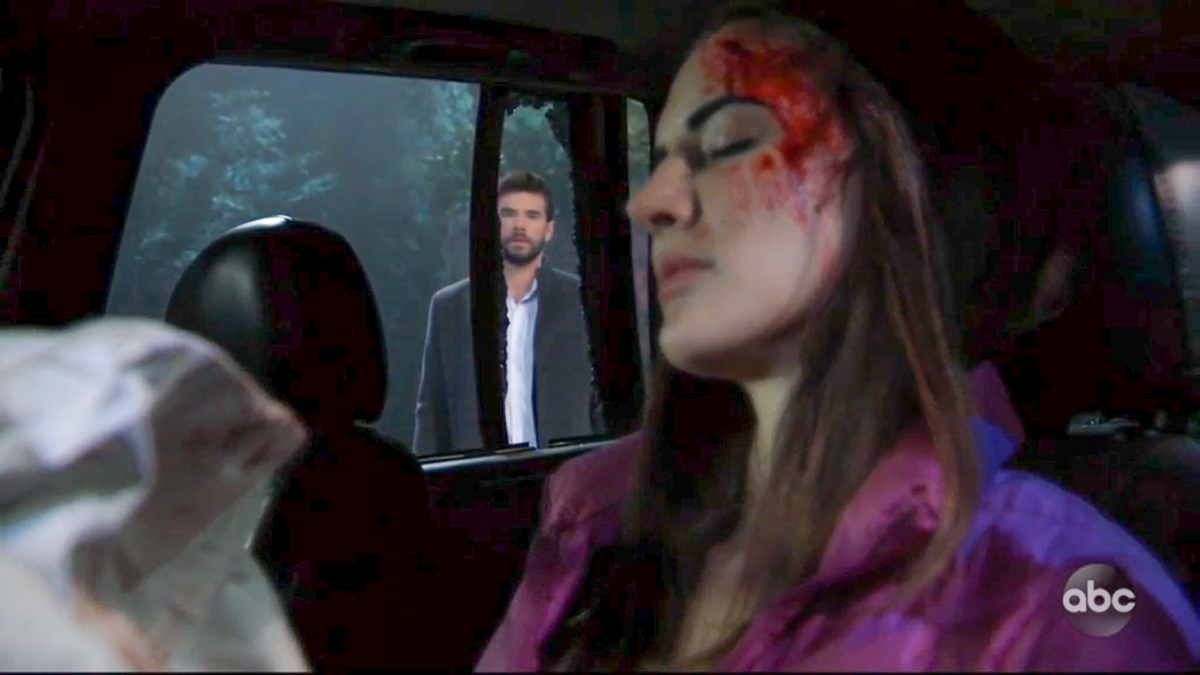 Jordan noted that there were no skid marks at the crash site, in spite of it appearing that Brad and Lucas’ car had been coming down a hill and broadsided Kendra Lennon’s (Michelle Argyris) car. Meanwhile, back at General Hospital as Chase noted that Julian could care less about Brad’s condition and only wanted to know Lucas’ condition as he asked him about how Lucas was. Chase even asked Julian if he wanted to know how Brad was or to see him, when he could have visitors! He told Julian Brad was injured but in the trauma room with an attending physician, and Lucas was in surgery with a head injury.

Michael Corinthos (Chad Duell) may be the third cog in the wheel that causes Julian to be under police suspicion of causing the wreck. Even though other General Hospital spoilers say that Jordan’s findings would be inconclusive, it was obvious that the brakes weren’t functioning and Brad confirmed that to Chase when Chase questioned him.

But Brad also said the car and its brakes were functioning just fine the day before, so it was a mystery as to why they would suddenly stop working like they did. Michael talks to Chase about the wreck and wants to know if he thinks that someone caused it on purpose, and will likely wonder if the brakes or the braking system was tampered with and by whom!

General Hospital Spoilers: Nina Tries To Defend Valentin – Does She Have A Valid Argument? https://t.co/yZRIr8yuqC pic.twitter.com/S4cahK7iQl

Brad, of course will be the one who will first suspect Julian tried to kill him by tampering with the car. After all, Julian had threatened Brad and even put his hands around his neck and would have strangled him if Ava Jerome (Maura West) hadn’t walked into Charlie’s Pub and broke it up! Plus, Julian also had tried to break Brad and Lucas up by making it appear that Brad was having an affair, sending nude photos to his cell phone and flowers to him at the hospital! But since that backfired, causing Lucas to totally reject Julian again after he admitted it to him, wouldn’t getting rid of Brad permanently solve all Julian’s problems and protect Lucas from him?

However, what Brad likely WON’T confirm to police is that Wiley Cooper-Jones (Erik and Theodore Olson) is really Jonah Corinthos, knowing that even though he admitted it to Lucas, there are no guarantees that he will remember it when he awakes from his coma! Between Brad’s suspicions, Michael’s suspicions, Chase’s suspicions, and Jordan’s suspicions, Julian likely can look forward to being a person of interest in causing the wreck that nearly killed his own son!