The Bold and the Beautiful Spoilers: Brooke Has Her Claws Out – Shauna Forced To Watch Her Back 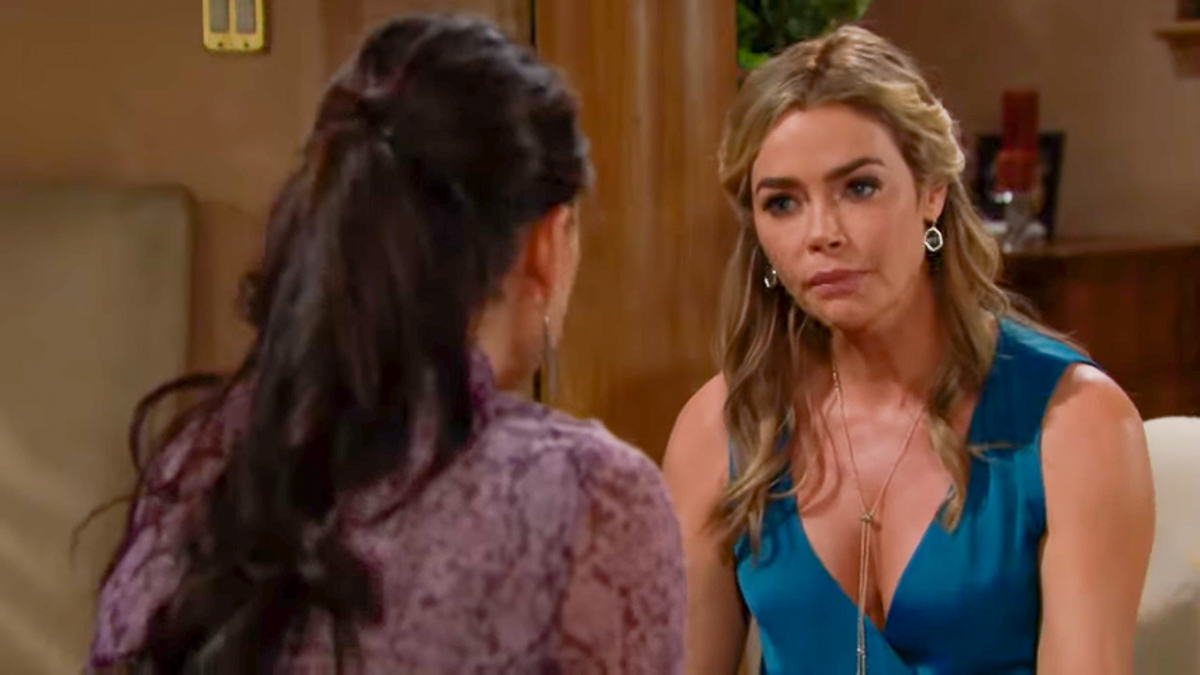 The Bold and the Beautiful spoilers reveal Brooke Logan Forrester (Katherine Kelly Lang) knows that Ridge Forrester (Thorsten Kaye) and Shauna Fulton (Denise Richards) are both staying at the Forrester estate guesthouse. Of course, Brooke is angry and believes that Shauna is manipulating the situation. Will she go after the Vegas vixen? How far will she go to keep her man away from the other woman?

B&B spoilers indicate that Shauna’s feelings for Ridge have grown. At first, she was infatuated by daydreams of spending money without worrying about the cost of anything. However, after getting to know the designer, she has fallen hard for him. She is definitely in serious “like” with him, and might even be falling in love.

The Bold and the Beautiful Spoilers: Thursday, December 5 – Steffy Lashes Out At Hope – Thomas Ups His Game Against Liam

Even though Ridge isn’t hiding Shauna away from the world, he hasn’t really been seen in public with her. All of their passionate smooches have been in private, behind the closed front door of the Forrester estate. It’s no wonder Brooke was taken by surprise that the two were living in the same house together. Eric Forrester (John McCook) also had no idea that Ridge was even seeing someone else. It appears that Shauna is Ridge’s little secret.

The Bold and the Beautiful spoilers reveal Brooke has been told by her sisters that Ridge and Shauna are both staying at Eric and Quinn Forrester’s (Rena Sofer) guesthouse. Instead of taking responsibility for chasing Ridge away, she becomes furious at Shauna. Brooke believes the other woman is taking advantage of the situation. Wanting to hold onto Ridge for herself, Brooke will become determined to get revenge and chase Shauna away.

The Bold and the Beautiful Spoilers: Ridge And Brooke Battle It Out – Is There Hope For Bridge? https://t.co/5FjBOWR027 pic.twitter.com/DmuHd3m4Sl

Some fans believe that Brooke will go after Shauna with everything she has. The two women have never been pals, that’s for sure. However, Brooke hadn’t even thought of Shauna lately until her sisters mentioned Ridge’s living arrangement.

Another theory is that this is Brooke’s demand when Ridge suggests there is still hope for their marriage. In order to keep her, she might force him to give up his new friend. However, Shauna has been the only one supporting Ridge lately — would he really give her up to go back to his chaotic life with his wife?