The Young And The Restless Spoilers: Theo And Summer—Move It To Next Level By Moving In Together? 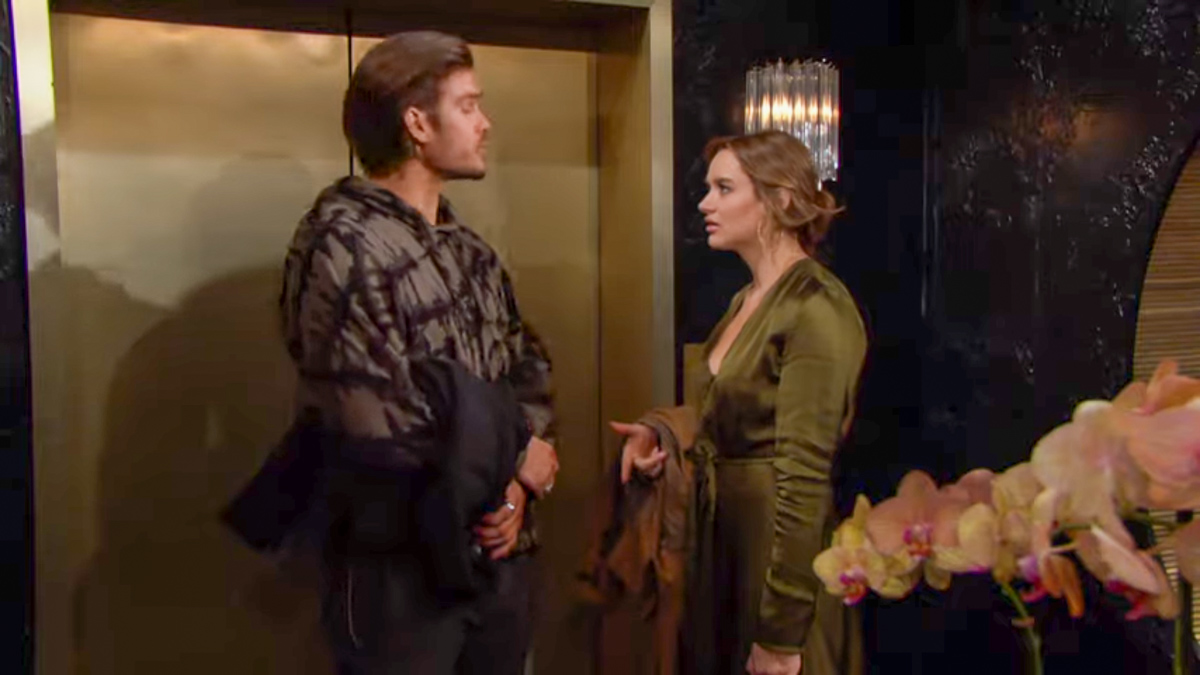 The Young and the Restless (Y&R) spoilers tease that Theo Vanderway (Tyler Johnson) wants Summer Newman (Hunter King) to know that he is serious about her. He has a bright idea—they should move in together. Summer might be apprehensive about the idea, considering he isn’t always committed to her.

Summer will also pause before giving Theo an answer since she knows that Kyle Abbott (Michael Mealor) would not be happy with that situation. Kyle feels that Theo could take advance of the Abbotts, after finding out that he is Dina Mergeron (Marla Adams) is his grandmother.

It will send Kyle over the edge when he learns that Theo wants Summer to move in with him. He will probably rant that he is now trying to take advance of her. But the question is, what will Summer do? Will she move in with Theo knowing that it will put Kyle in a sour mood? Here’s what’s coming up on Y&R.

Young & The Restless Spoilers – Theo Vanderway Has A Plan

Theo begins to worry that Summer could find another man so he decides to make a bold move—he thinks they should move in together. The notion stuns her as she was not expecting him to want to move in so soon.

He tells her that he cares about her and he thinks this is the perfect solution for them. He will point out that they have been seeing each other for quite some time. Summer will like the idea, but she will be very nervous about the fallout, especially when her good pal Kyle finds out.

As Theo’s newest cheerleader, Lola Rosales (Sasha Calle) will encourage Theo to ask Summer to move in. What Lola doesn’t tell Theo is that her reason for encouraging him to pursue Summer is she wants to take her competition out of Kyle’s orbit.

While Kyle married Lola, Summer’s close-knit relationship with him makes her feel very uneasy. She feels like if he would ever cheat on her, it would be with Summer. However, so far, Kyle has been completely loyal to her.

Do you think Summer should move in with Theo? Don’t forget to come back later for more The Young and the Restless (Y&R) spoilers, news, and casting updates!