Days of Our Lives Spoilers: “Hope” Offers Resistance When Abigail Asks To Look Into Jennifer’s Case 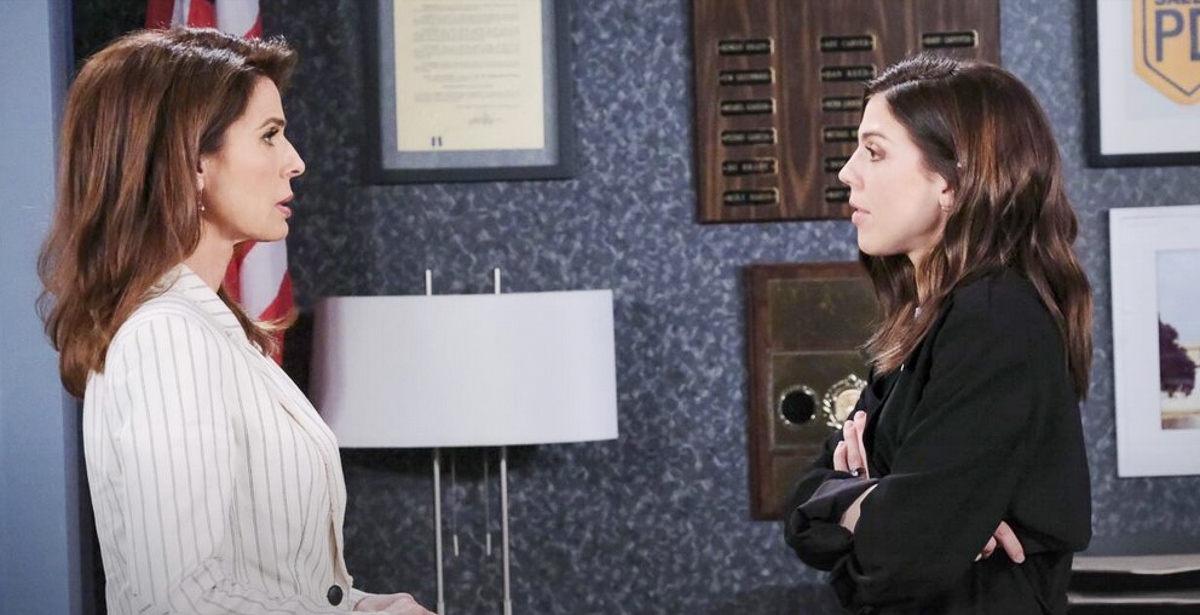 Days of Our Lives (DOOL) spoilers tease that Abigail DiMera (Kate Mansi) will soon have a request for Hope Brady (Kristian Alfonso), and it’s one that could put her and her mother’s lives in danger. As DOOL viewers know, Hope isn’t really Hope anymore – she’s got Princess Gina Von Amberg’s (Kristian Alfonso) memories and personality, and she’s pretending to be Hope.

Then, Princess Gina and Rolf apparently altered the security footage from the bistro to make it appear that Eve Donovan (Kassie DePaiva) was the one who pushed Jennifer. Now Eve is in jail, and she’s determined to prove her innocence. As DOOL viewers know, Eve recently summoned Abigail to the prison and told her that she wasn’t the one who pushed Jennifer to her near death, and that the person who did is still on the loose.

That made Abigail really stop and think, and she started believing that maybe Eve is telling the truth and is innocent of the crime. And according to Days of Our Lives spoilers, Abigail will soon go to someone whom she thinks will be more than happy to help – Hope. Of course, Hope is now the police commissioner again, but she’s really Princess Gina pretending to be Hope. And so she’s going to be concerned when Abigail comes asking questions about her mother’s fall.

But according to DOOL spoilers, Abigail will get resistance from Hope when she wants to look over the evidence and case files. Of course, DOOL viewers will know that the resistance comes from the fact that Hope is really Princess Gina and that she wants to protect herself at all costs. But Abigail will probably be confused when “Hope” doesn’t want to help.

DOOL Spoilers – Abigail DiMera Could Be In Grave Danger

Of course, Abigail probably won’t let the matter go, considering that she’s an investigative reporter and has a knack for following through with a story. And that could put her life in grave danger. In fact, DOOL spoilers say that Princess Gina will consider eliminating Abigail as she’s asking too many questions. Princess Gina doesn’t want to give up her life in Salem – after all, she’s got big plans for herself and John Black (Drake Hogestyn).

And Jennifer will probably be in danger as well, now that she’s awake from her coma and her memory could be jogged by snoopy Abigail. It probably won’t be long before Abigail wants to get her hands on the security footage from the bistro, and that will cause a problem for Princess Gina, since there’s no way she wants Abigail to discover the truth.

It will be interesting to see what happens here, but one thing’s for sure, and that’s that Princess Gina will protect her secrets at all costs. Do you think Jennifer and Abigail are in danger at the hands of Princess Gina?