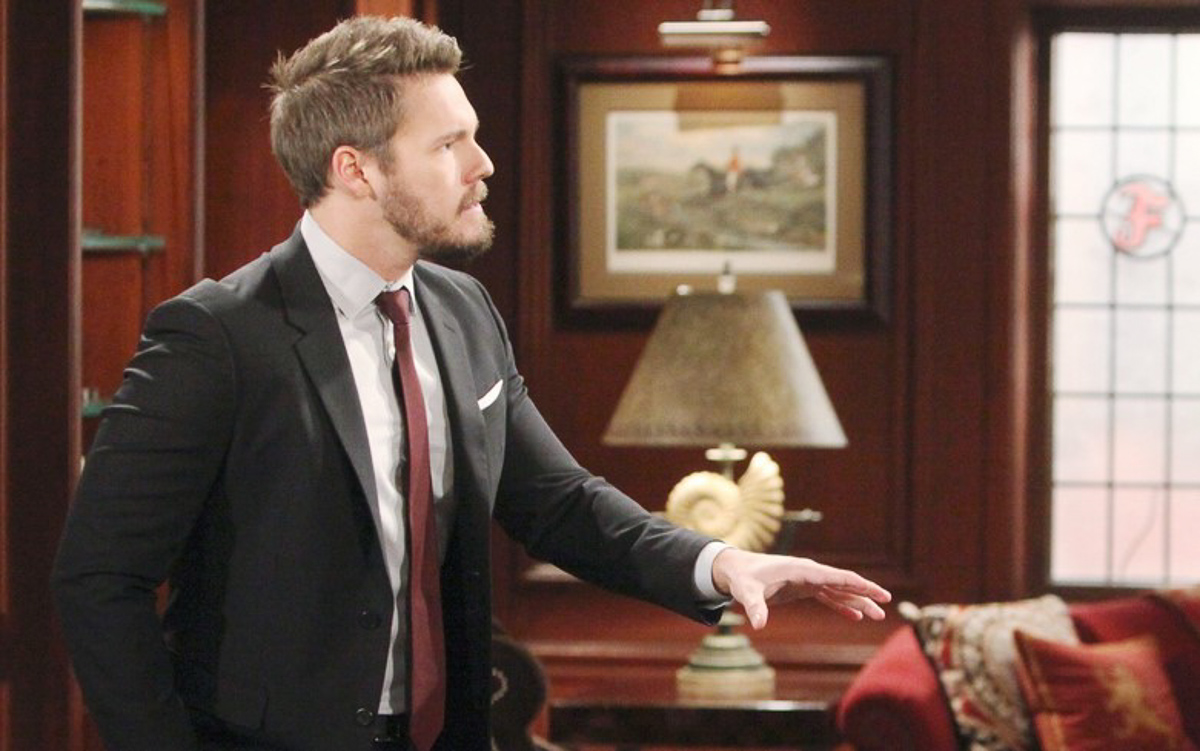 Liam Spencer (Scott Clifton) has two of his own children on ‘The Bold and the Beautiful’. Now, he’s also been asked to be a stepfather to Douglas Forrester (Henry Joseph Samiri).

Hope Logan (Annika Noelle) shouldn’t be putting the man she claims to love more than any other in this awkward position. But that’s what’s happening in this fictional version of Los Angeles, California.

Meanwhile, the bane of Liam’s existence, Thomas Forrester (Matthew Atkinson), has maneuvered his way back into Hope’s life. The latest victory puts Thomas in direct contact with her for what projects as years to come.

Bold And The Beautiful Spoilers – Liam Spencer Doesn’t Know Everything

Hope hasn’t been open with Liam about what actually is a two-step plan. She doesn’t merely intend to share custody of Douglas with his father. No, Hope intends to obtain full, legal custody of Samiri’s character.

How soon Hope plans to take her next step isn’t known. Actually, her goal appears to be fluid, as she just realized the unexpected and in a time frame that was much sooner than anticipated.

She hasn’t shared the full details with Liam because she knows how he feels about Thomas and because she didn’t want Clifton’s character to become a stumbling block.

Thomas and Hope’s families can see that Atkinson’s character has one major weakness. He’s genuinely fond of Hope, believing that what he feels is love. That allows Hope to influence his emotions, though a more apt way of describing what she’s done is manipulation.

Even if what Thomas is feeling can be classified in the love category, his manipulative actions undercut whatever good will he projects. Keeping the Beth Spencer (Madeline Valdez and River Davidson) secret as long as he did was all-out cruel. But Thomas’ insecurities were in play, with him believing that was the only way he could engineer the ‘Thope’ family.

As long as Hope maintains regular contact with Thomas, and before she takes her next custody step, all should be okay. But there’s no telling what danger will arise when Thomas realizes that Hope intends to have his custody rights stripped.

The Bold and the Beautiful Spoilers Friday, December 6: Hope’s Tempted By Thomas’ Offer – Ridge Offers Brooke A Way To Save Their Marriage https://t.co/wpPfZR6VrV pic.twitter.com/pw0b9k9WQf

Bold And The Beautiful Spoilers – Hope Logan Still Has Options

While it doesn’t feel likely, Thomas could stabilize himself by obtaining mental health treatment. In that scenario, Hope might opt to not pursue her second legal goal.

However, if Thomas remains erratic, then Hope will move ahead at some point. Thomas’ reaction would seem predictable.

Hope must keep Liam fully informed from this point on, as she’ll need the support of as many people as possible. And, the last thing Hope should want is for Liam to distrust her, like Thomas surely will come to do.